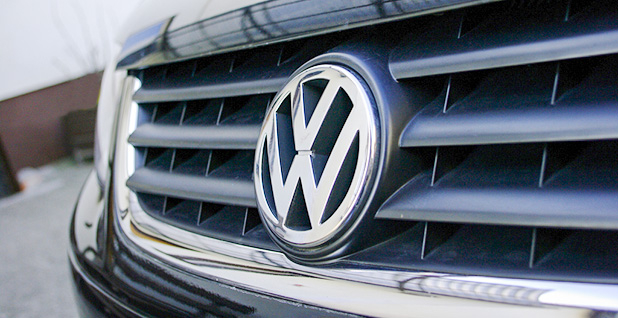 A $14.7 billion settlement announced in June with Volkswagen to resolve allegations of cheating on emissions tests and deceiving customers is now coming under fire from electric vehicle leaders and others. Photo by Lukasz Jernas, courtesy of Flickr.

A proposed settlement gives Volkswagen too much power over how it spends $2 billion to promote electric vehicles, according to California lawmakers, the EV charging industry, states and environmentalists.

They are calling on the court and federal regulators for more transparency, oversight and public input.

Volkswagen agreed to pay $14.7 billion in a proposed settlement with U.S. car owners and regulators over its emissions tests cheating. The settlement is up for final approval by U.S. District Judge Charles Breyer on Oct. 18. It requires Volkswagen to invest $2 billion, including $800 million in California, to increase access to zero-emission vehicles (ZEVs) with refueling infrastructure and public education over the next 10 years.

Increasingly vocal critics, including ChargePoint Inc., the world’s largest EV charging network, are asking for more outside controls on the money to ensure it does not stifle the clean car industry or give undue gains to Volkswagen. U.S. Rep. Anna Eshoo (D-Calif.), California state Senate President Pro Tem Kevin de León (D) and four other members of the California Legislature have called on regulators to increase oversight.

"When you’re going to inject $2 billion of stimulus and put it in one company’s hands that has a proven track record of not being that honest, you really need to be careful you’ve educated yourself on all the unintended consequences," said Pasquale Romano, CEO of ChargePoint.

As part of the settlement, Volkswagen must submit a spending plan and specific deployment plans for the $2 billion to U.S. EPA and the California Air Resources Board (ARB) for separate approval. The settlement does not explain whether states, the public or the industry can provide feedback. ARB has little leeway to direct changes and EPA has even less, according to lawyers who have read the settlement.

The other special fund set up by the settlement, $2.7 billion for remediation projects to offset excess emissions of nitrogen oxides, will be administered by an independent trustee with involvement by state and tribal agencies.

The lack of oversight of the ZEV investment could "adversely affect our domestic electric vehicle market," wrote Eshoo, who represents the Bay Area district where ChargePoint and Tesla Motors Inc. are headquartered, in an Oct. 4 letter to EPA and ARB. The "broad authority" given to Volkswagen could allow it to invest in "its own proprietary technology or subsidiaries," she wrote.

Four other California state legislators — Assemblymembers Marc Levine (D) of Santa Rosa, Rich Gordon (D) of Menlo Park, Sebastian Ridley-Thomas (D) Culver City, Evan Low (D) of Campbell and Rob Bonta (D) of Alameda — wrote in public comments in August that "the funds should not benefit one particular company or market sector, but should support competition within the entire industry." They urged an independent body to oversee the VW funds "to ensure that multiple vendors with cutting-edge technology are able to enter the market."

Several states, including Vermont, New York and Pennsylvania, have asked to be involved in how Volkswagen spends the $2 billion and called for more oversight coordination among agencies.

"The concern is less about whether there’s a risk as to whether or not this leads to electrification and more about just how beneficial or impactful it might be," said Joe Halso, an assistant attorney at the Sierra Club, one of several green groups to ask for more input opportunities. "There’s a hierarchy of needs when it comes to infrastructure. Without the input of stakeholders, there’s not a guarantee that they’re going to internalize the institutional knowledge we have."

The EV charging industry has applauded the settlement’s focus on electrification and charging infrastructure to reduce emissions from transportation. But it is concerned that the settlement could allow Volkswagen to crowd out startups out and stifle the development of innovative clean technology.

"VW has been granted as a reward for their misconduct, a long-term ownership and control position over U.S. charging infrastructure," Romano said.

The $2 billion could allow Volkswagen "literally to drown out all other participants in the ZEV infrastructure market through enormous spending, made at its unfettered discretion, that is untethered to the normal constraints and financial metrics by which all other market participants must operate," the company said in an amicus brief to the court.

ChargePoint has raised more than $164 million from investors.

Under the proposed settlement, Volkswagen is allowed to spend the $2 billion on equipment purchases but also network management and customer service, as well as on public outreach and electrifying large fleets like those of ride-sharing networks. The public education efforts must be brand-neutral, according to the settlement and ARB officials. But it remains unclear to what degree that applies to the money Volkswagen spends on refueling infrastructure.

Members of the EV charging industry, including utilities and automakers, signed onto a White House plan this summer to deploy charging infrastructure to increase the number of clean cars on the road and meet climate goals. They agreed to "promote a robust market for vehicle manufacturers, utilities, equipment service providers" and "enhance American manufacturing competitiveness, innovation, and the development of advanced technology." Ford Motor Co., General Motors Co. and Tesla signed on, but not Volkswagen.

ChargePoint reached out to EPA but could not get a meeting. An EPA spokesman said that was out of concern for fairness.

Volkswagen and the Justice Department did not respond to a request for comment.

Correction: A previous version of this story said EPA would administer the $2.7 billion mitigation trust fund. It will be administered by an independent trustee. An earlier version of the story also misspelled the name of Joe Halso, an assistant attorney at the Sierra Club.