Evaporation could power most of the U.S. — study 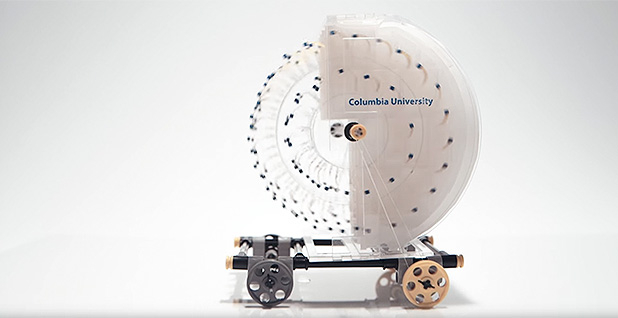 Imagine evaporation from lakes and reservoirs providing the majority of U.S. electricity at little cost and without heat-trapping carbon dioxide emissions or intermittency problems.

That might sound too good to be true, but a Columbia University research team says it just might work.

In the first analysis of evaporation as renewable energy, the scientists found that evaporation-to-power devices on lakes and reservoirs could generate 325 gigawatts of electricity, or about 70 percent of current U.S. production. Evaporated power also could save large amounts of water in drought-prone regions and be available around the clock, getting around some cyclical challenges of solar and wind, they said.

"We have the technology to harness energy from wind, water and the sun, but evaporation is just as powerful," said biophysicist Ozgur Sahin, a co-author of the study published today in Nature Communications. "We can now put a number on its potential."

Sahin and other Columbia scientists based their analysis partly on a working lab device that turns evaporation into electricity using biological spores that expand in the presence of humidity.

The technology uses shutters that open and close to allow humidity to come and go. That in turn causes the spores within to expand and contract, flexing like a muscle and creating mechanical energy.

The fact the spores are so stiff to begin with helps drive the process, Sahin said in an interview.

When multiple spore-coated strips are put together, the piston-like system can be tied to a generator to produce power. In the lab, the device already has powered a light-emitting diode lightbulb, said Sahin. Another working version moves like a car when attached to wheels.

Because evaporation occurs continuously from water sources — even at night — devices in theory could provide a constant source of power. Manipulating shutters on the system allows it to be turned on and off, like a light switch.

The team modeled how much power was feasible in the U.S. if lakes, reservoirs and other bodies of water larger than 25 or so acres were tapped. The model considered how engines affect the evaporation rate. They excluded locations such as the Great Lakes with surface areas so large they would skew the numbers.

Along with envisioning large amounts of potential electricity, the model found the evaporative loss of water could be cut by half, allowing about a fifth of the water Americans use — or 25 trillion gallons annually — to be potentially saved. The devices can trap and save water that otherwise would vent into the atmosphere.

Hot, drought-prone regions in states such as California and Arizona likely would be best suited for early tests of the technology because of their ample sunshine and need to conserve water, according to the authors.

Like many lab technologies, evaporation-to-power technology is at an early stage, and it’s uncertain yet whether it would be viable at scale.

Sahin estimated that a commercial product could be about five years away if funding is available and field tests are performed on lakes and reservoirs.

Jordan Macknick, an environmental analyst at the National Renewable Energy Laboratory who didn’t participate in the research, noted that the study did not address the potential environmental and health impacts of any technologies that might be placed in reservoirs that provide drinking water or other essential services. "There are many complicating factors," he said. Many reservoirs also have competing uses or have protected status, Macknick added.

Sahin said devices could be used in many of the same areas used for hydropower, reducing the need for new transmission lines.

There is not yet a cost estimate, but he said he was optimistic since the system relies on biological materials already used in agriculture for feeding cows and other uses.

"Because the spores are biological, they can be grown," he said.

The engines "are not even close to their theoretical potential" because additional research could yield more efficient, spore-coated materials, Cavusoglu said.

Klaus Lackner, an Arizona State University physicist and expert in air capture, praised the study in a statement, saying that "evaporation has the potential to do a lot of work."

"It’s nice to see that drying and wetting cycles can also be used to collect mechanical energy," he said.