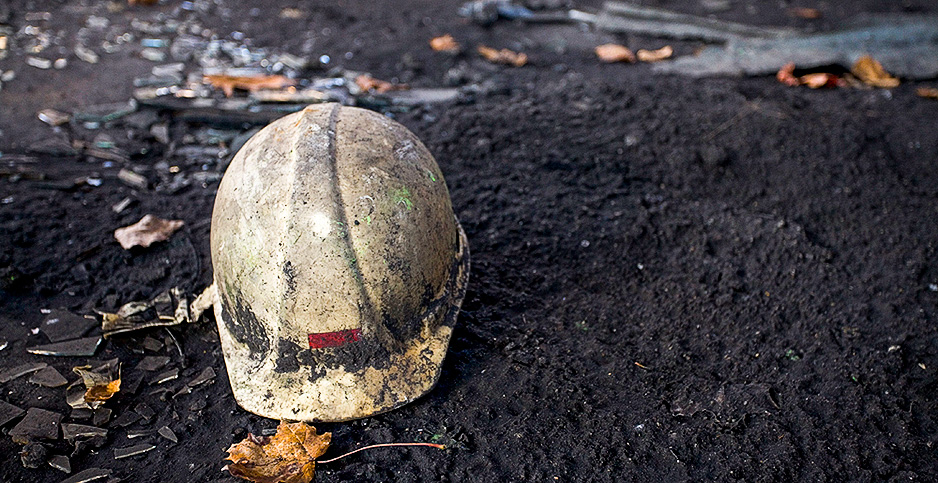 Nearly 1,000 workers have died in the oil field over the past 10 years. Liza/Flickr

It is sometimes said that statistics don’t matter until you or a loved one becomes one.

Their friends’ and families’ lives are forever changed.

In 2016, the most recent year for which CFOI data are available, the energy industry’s fatality rate was four times higher than the all-industry rate. Industry and safety experts have pointed to the data as an indicator that oil field safety measures are having their intended effect, but they still say even one death is too many.

"They’re not enough," David Michaels, chief of the Occupational Safety and Health Administration (OSHA) under former President Obama, said of oil field safety initiatives over the last decade. "I think together with industry, OSHA made great advances. But this is a high-hazard industry. We need constant vigilance."

Around the same time, NIOSH launched its Fatalities in Oil and Gas Extraction (FOG) database to help safety experts analyze the BLS fatality data on a more granular level. The descriptors BLS uses to explain the cause of fatalities sometimes hide information about hazards that could be addressed through a safety alert or a regulation. NIOSH’s examination of exposure fatalities, for example, helped officials recognize the specific risk that NIOSH has linked to Simpson’s death.

"There are limits" to every data set, said Michaels, who is now a professor at the George Washington University Milken Institute School of Public Health. "That isn’t to say we shouldn’t look at them."

Under Michaels’ leadership, OSHA wrapped the oil and gas industry into the agency’s Severe Violator Enforcement Program, wrote new standards for crystalline silica exposure during fracking operations and exposed a "culture" of underreporting injuries in the energy sector (Energywire, Jan. 6, 2017).

If he were still at the agency, Michaels said he would prioritize implementing an oil and gas safety standard to provide more consistent guidance for the industry. But OSHA’s guidance and standards staff is small, and the Trump administration has yet to install a replacement for Michaels.

"I’m not going to say we’re perfect. We have a long way to go as an industry," he said. "But we’re seeing some effectiveness. Can you sit here and gauge whether this initiative has made industry X percent better? I think that’s an impossible number to come up with."

Between 2010 and 2014, nine workers were killed while measuring tank levels, according to a NIOSH report developed from the agency’s FOG database. The toxic petroleum vapors disorient people and push oxygen out of the air.

Although she said she was impressed with the government’s work to publicize those risks, Cindy sometimes questions whether that information is widely known.

"If it doesn’t happen at your company or to someone close to you, you’ll never hear," she continued. "I still don’t know how many of David’s friends know."

Retzer said she’s not sure how many companies implemented changes since the release of the NIOSH alert, but the data indicate that the warnings have had an impact.

"What we have to define as success is watching new standards get created and watching employers implement those standards," she said. "If we watch them do that, we’ll feel like we’re having success."

The oil and gas industry’s biggest challenge may be addressing the number of fatalities that occur among drivers traveling to, from and between work sites.

"We’re concerned about that not moving much," Retzer said.

“This is a high-hazard industry. We need constant vigilance.”

"There’s so much more that companies can control on well sites to prevent falls, to prevent fires and explosions, to prevent exposures to hydrocarbon gases," she said. "Operators are in control of their environment. When their employees are on the road, they’re less in control."

The outlook on motor vehicle safety isn’t hopeless. NIOSH has identified in-vehicle monitoring systems as extremely effective in reducing speeding, Retzer said. The devices allow employers to track how fast their drivers are traveling and coach employees who consistently speed. Companies that use the systems are seeing improvements, she said.

But not all companies have adopted the technology. And the fatality numbers don’t budge.

As oil prices — and field activity — pick up, companies’ focus should be on the safety of their entry-level staff, said Bill Walker, chairman of the SafeLandUSA advisory group, which develops standardized orientations for oil field workers. At least 21 percent of fatalities recorded in the FOG database between 2014 and 2016 occurred among workers with less than one year of experience, according to NIOSH.

"You can tell people how to be safe, and you can make them be safe through rules and regulations, but if you can change people’s concept of safety, that’s something they’ll start to do themselves," she said. "They have people they want to go home to."

The loss of a colleague in a trucking accident was one of the experiences that cemented the importance of safety in Ryel’s mind.

"When another person’s life mirrors your own in many ways, it is easy to see ‘it could have been me,’" Ryel wrote in an email. "All of the fatalities hold a special place in my heart because I’m in the health and safety world, and my workers depend on me to keep them safe.