Even before formal death knell, Clean Power Plan is history 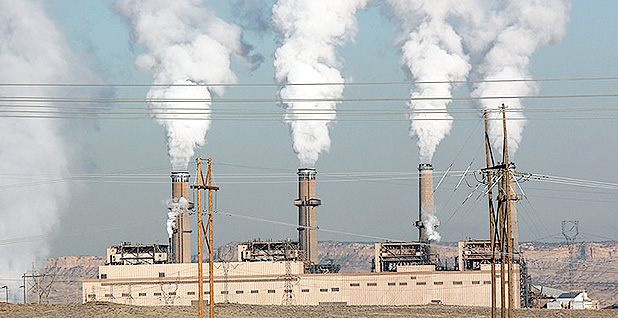 The Clean Power Plan, as the world knows it, is dead.

The Trump administration has vowed to reverse the U.S. EPA regulation meant to drive down carbon emissions from power plants. And although environmental advocates will fight that decision in the courts, the battle could rage on for years.

During that time, many states may pursue their own climate strategies. But they won’t be planning for the standards laid out by the Obama administration.

Travis Kavulla, a conservative Montana regulator who last year was president of the National Association of Regulatory Utility Commissioners, posits that no state electric regulator is assuming the rule will move forward.

Bill Becker, head of the national association for state air agencies, acknowledged most states are in "stand-down mode."

Trump’s opposition to the Clean Power Plan is no secret — and the White House in its first hours Friday posted plans to undo Obama’s "harmful" climate policies. When that will officially happen is still unclear. But officials say the fact that so few states are even still holding discussions about the federal carbon-cutting plans underscores what shaky legal ground on which the regulation currently stands.

To be sure, not every state has abandoned the Clean Power Plan.

Minnesota’s air officials just scheduled a stakeholder meeting for next month to explain where challenges to the regulation stand. In a plan for continuing its cap-and-trade system, California put out a report yesterday assuming the Clean Power Plan takes effect (Climatewire, Jan. 23).

At a minimum, "there’s going to be continued uncertainty for a significant period of time one way or another," said Tom Lorenzen, a Crowell & Moring attorney opposing the rule on behalf of electric cooperatives.

"There’s no quick and easy way of getting rid of this rule," Lorenzen said. "I think most assume that what we have on the books right now is not going to move forward."

Yet while Clean Power Plan supporters will cheerlead for its success, odds are against states continuing to plan based on the specifics of a rule that is highly unlikely to take effect with its original terms and timelines.

‘The grid is still decarbonizing’

Most states had already put planning conversations on ice after the U.S. Supreme Court in February ordered EPA not to implement the Clean Power Plan while lower court judges reviewed challenges to the regulation. States supporting climate action promised to press forward, although their official talks also lost momentum. A few have continued, although they mostly acknowledge the obstacles ahead.

The vast majority of officials and electric companies are turning their thoughts away from the federal standards and toward state and regional concerns.

In Montana, for example, the focus is on whether one of the biggest coal plants in the West, Colstrip, will shut down. The plant serves a handful of states, and owners and policymakers based in much less conservative Washington and Oregon could ultimately decide how long the plant runs (Climatewire, Jan. 20).

Some of Kavulla’s work relies on estimating what costs utilities might see from future carbon regulation, which becomes trickier now. He pointed to a recent ruling related to how much small-scale wind power producers could charge for electricity. His commission decided to adjust how it makes those decisions to account for "a new presidential administration, which is hostile to carbon dioxide emissions regulation and which may find it relatively easier to delay emission regulation but perhaps more difficult to prevent carbon dioxide from being regulable altogether."

In other words, Trump may oppose and stall carbon standards, but he likely won’t be able to stop them forever.

Kelly Speakes-Backman, a former Maryland regulator who now works at the Alliance to Save Energy, noted shortly after the election that regulators say they must plan 10, 15 or 20 years in advance, past the current administration.

"I was really interested and encouraged by how many commissioners of varying states kept saying this doesn’t change the market fundamentals," Speakes-Backman said. "It doesn’t change the fact that the grid is still decarbonizing."

In Minnesota, environmental regulators are hopeful "there’s still some role for federal leadership" under the section of the Clean Air Act used to write the rule, said Frank Kohlasch, an air assessments section manager at the state’s Pollution Control Agency.

Kohlasch understands the overall outlook under the rule might not be good. But he said he thinks states are waiting to see a decision on the rule from the U.S. Court of Appeals for the District of Columbia Circuit. That in turn could inform how the Trump administration chooses to attack.

Even if Minnesota stops official Clean Power Plan work, Kohlasch said his agency may keep using the same stakeholder group to look at ways to cut carbon. He added that through the regulation, Minnesota has developed regional conversations among environment and energy officials. He acknowledged the rule’s deadlines added some urgency to the talks and without it other states likely will not work as much on carbon reductions. But he said he believes trends toward natural gas, renewable power and energy savings will continue regardless.

A shift to regional solutions

Sandy Bahr, who works for the Grand Canyon chapter of the Sierra Club in Arizona, said her group is still asking the state, which is challenging the rule in court, to move forward.

"It is not dead — at least not yet," Bahr said in an email. "The courts have not ruled on it, and the rule is still there. I do think they are acting as if it is dead, but Trump is not emperor. He cannot just eliminate it unilaterally."

Timothy Franquist, air quality division director for the Arizona Department of Environmental Quality, said his agency is still "waiting to hear an official word, one way or another."

Arizona’s DEQ has been in a "holding pattern" since the Supreme Court stay, Franquist said, having a public meeting in August and private stakeholder discussion in October, before the election. The agency’s main concern has been to avoid any federal plan that might be imposed on Arizona if the Clean Power Plan moved forward and the state wasn’t prepared, he said.

Becker said under the Clean Power Plan "there has been struck a comfort level among many states and between stakeholders with regards to how to reduce greenhouse gas emissions."

"I think there are states who feel far more comfortable engaging in regional solutions than they ever were before the Clean Power Plan was developed," he said.

Becker’s group, the National Association of Clean Air Agencies, last year put together a menu of options for states looking at carbon cuts. He said dozens of industries approached his office, urging the association to put them in the report.

"These were programs those industries were working on already, but now they saw a home for those programs," Becker said. "The Clean Power Plan was probably a fuse that really set things off."

It’s still unclear how the Trump administration will go after the Clean Power Plan. As Kohlasch noted, that may depend on what the courts decide.

There’s also a possibility that the Justice Department signals to the D.C. Circuit that it plans to change the rule before the judges put out an opinion.

Lorenzen identified three ways Trump’s team could try to eliminate the rule. The new EPA could revisit its interpretation of the law and argue that the agency was mistaken and cannot regulate carbon from power plants under the section of statute it used. Federal officials also could narrow the regulation to focus on only what power plants could achieve through efficiency improvements (Climatewire, Jan. 23).

Or they could try to rescind a legal finding that EPA must address CO2 levels, which he said "would be a very heavy lift."

"We’re probably talking a minimum of a year," Lorenzen said.