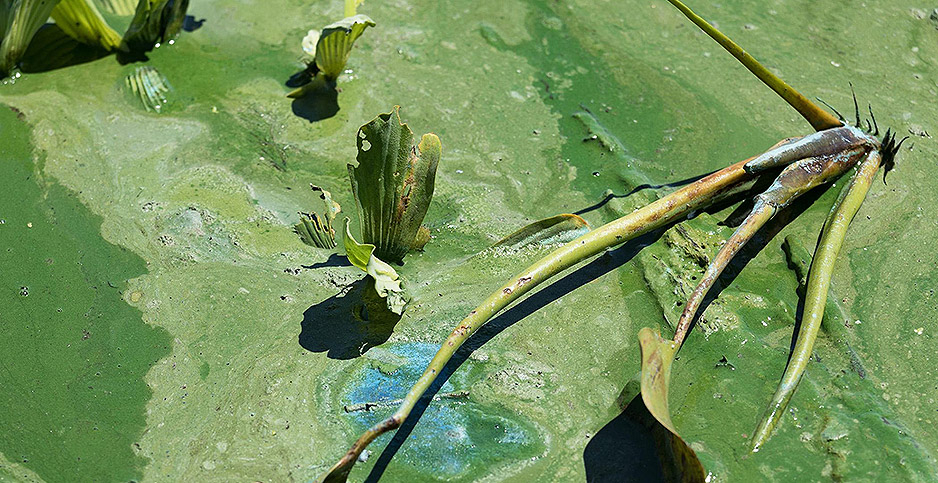 A fight over the management of Florida’s Lake Okeechobee has erupted around water infrastructure bills, pitting environmentalists against agribusiness interests.

At issue is the push by the state’s politically wired sugar industry and a coalition of farming interests, businesses and municipalities for a provision in Senate and House bills that would protect water they draw from Okeechobee, the nation’s eighth-largest freshwater lake and the heart of the greater Everglades ecosystem.

Management of the lake was a subplot yesterday as the Senate Environment and Public Works Committee sent two water infrastructure bills to the Senate floor in unanimous votes (Greenwire, May 6).

The House Transportation and Infrastructure Committee is slated to release its version of those measures this month.

More than 50 entities, led by U.S. Sugar Corp. and the cities of West Palm Beach, Okeechobee and Clewiston, are urging lawmakers like the dean of the Florida delegation, Democratic Rep. Alcee Hastings, to include language in the bills to ensure that the Army Corps of Engineers acknowledges the so-called savings clause when managing the lake.

The coalition wants to retroactively apply the clause — part of the Comprehensive Everglades Restoration Plan (CERP) that was enacted in the 2000 Water Resources Development Act — to the Army Corps’ management plan for the lake, the Lake Okeechobee System Operating Manual, or LOSOM. The clause essentially says restoration projects cannot reduce the level of water supply or flood control in place when the language passed in 2000.

"We recently learned though that the corps is ignoring a critical feature of WRDA 2000, the Savings Clause," the groups said in a letter to Hastings.

"The Savings Clause directs the Corps to protect the water supply that was in place in 2000, as it restores the environment. When Congress passed WRDA 2000, it included Lake Okeechobee as part of WRDA 2000. This was an essential element then, and it is just as important now."

The corps maintains its regulation schedule for the lake doesn’t trigger the savings clause — and opponents of the move agree.

"There are specific actions undertaken to implement the CERP plan that trigger the Savings Clause requirements for Lake Okeechobee regulation schedules, such as operational changes associated with specific construction of storage north and south of Lake Okeechobee. The current LOSOM effort is a non-CERP intervening condition, is not implementing the CERP plan, and thus does not trigger Savings Clause requirements," Army Corps spokesman Jim Yocum said in an email.

"This is not a new position," he continued. "The Corps has stated this in multiple public meetings, product delivery team meetings, and other engagements with stakeholders, including most recently the February County Coalition meeting."

Critics of the sugar industry’s plan say the clause was only meant to apply to restoration projects — not long-standing operating decisions and plans like how the Army Corps operates Lake Okeechobee.

Combining the two could push lake levels too high heading into the state’s wet season and result in more discharges from the lake, whose heavy nutrient loads spur toxic estuarine algal blooms and parch the Everglades, they say.

Conservation groups and at least one Florida Republican, Rep. Brian Mast, say the Army Corps’ program for managing the lake and the Everglades restoration plan are in no way related. Mast two years ago authorized the Army Corps’ Okeechobee regulation schedule, which dictates the timing and quantity of discharges from the lake.

Eve Samples, executive director of Friends of the Everglades, told Florida’s congressional delegation in an April 29 letter that Hastings’ staff has been circulating a petition of support for the provision among members of the House Transportation panel.

"This is a terrible idea that would result in the prioritization of water supply for large industrial farms south of Lake Okeechobee over the health of residents living along toxic-algae plagued waterways," she wrote. "It also would jeopardize long-term Everglades restoration goals."

"Retroactively applying the unrelated WRDA 2000 Savings Clause to LOSOM would require keeping Lake Okeechobee water levels too high during the dry months — which, history tells us, results in toxic discharges to the St. Lucie and Caloosahatchee estuaries during the rainy months — and would deprive the Everglades and Florida Bay of much-needed water when they need it most,"Friends of the Everglades said in a statement.

It’s unclear which lawmakers will champion language the sugar industry is pushing as legislation is crafted.

An aide for the House Transportation and Infrastructure Committee said they had received letters detailing WRDA 2020 priorities from a wide array of members, that they’re familiar with the issues stated in the letter and are "evaluating everything as we develop legislation."

A spokeswoman for Hastings in a statement said the congressman represents many of the various towns, utilities, counties and industries that disagree with the Army Corps’ "interpretation" that the savings clause doesn’t apply to the Lake Okeechobee water schedule and Herbert Hoover Dike.

"The Lake schedule and Dike are integral to ensuring that all water users are treated fairly during CERP restoration projects now and upon their completion," said Katrina Martell. "The Congressman is also aware of the Miccosukee Tribe and Nature Conservancy concerns about the Corps’ actions and interpretations. He will continue to ensure all voices are heard, so that the basis of trust that allowed the WRDA 2000 agreement on CERP is upheld."

And Republican Sen. Rick Scott in an email aligned himself with proponents of such a move. The sugar industry has been a major donor to both Scott and Hastings.

Spokeswoman Sarah Schwirian said Scott "remains concerned that maintaining low lake levels could cause irreparable harm to localities, individuals, and businesses that are already facing many economic uncertainties due to the Coronavirus."

The senator, she said, is focused on making sure the Army Corps "prioritizes protecting Florida’s natural resources and critical water supply, and will continue working with local, state and federal partners to support the community’s needs."

Separately, Scott and a fellow Florida Republican, Sen. Marco Rubio, rolled out a bill yesterday targeting invasive animals and plants in the Everglades. Their "Suppressing Looming Invasive Threats Harming Everglades Restoration (SLITHER) Act" would authorize and direct a task force to develop innovative technologies and approaches to the problem made famous by marauding pythons in the River of Grass.