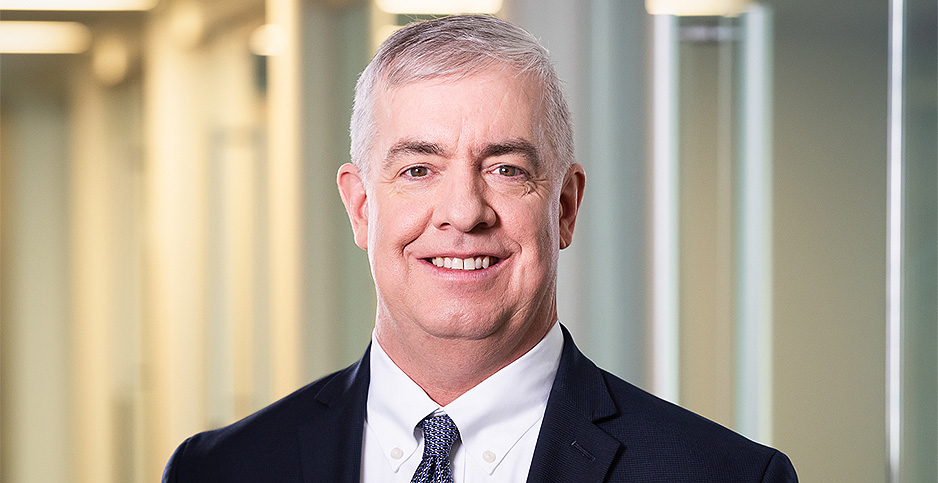 No one knows the inner workings of Washington, D.C., quite like Don "Stew" Stewart.

As a top communications aide to Senate Majority Leader Mitch McConnell (R-Ky.) for 13 years, and most recently his deputy chief of staff, Stewart has been a fixture in the halls of the Capitol.

The savvy political operator seems to know everyone and is quick to bond with people over his Twitter account, where he posts an incessant stream of cute dog photos and videos.

Stewart is a veteran of nearly every recent policy debate on Capitol Hill, including the partisan bickering over the Green New Deal resolution from Rep. Alexandria Ocasio-Cortez (D-N.Y.) and Sen. Ed Markey (D-Mass.).

Before joining McConnell’s office, he served in the Army and worked for Republican Sens. John Cornyn and Phil Gramm of Texas, an important state for energy policy.

After spending more than two decades on the Hill, though, Stewart is ready for something new.

Last week, he left McConnell’s office to join the Association of Global Automakers, a trade association and lobby group representing more than a dozen auto companies.

In his new role as a spokesman for the association, Stewart will focus on the Trump administration’s rollback of Obama-era clean car rules, which is expected to create long-term regulatory uncertainty for the auto industry.

After his first full week on the job, the father of one sat down with E&E News to discuss his former boss, partisan warfare and cute dogs.

What was it like working for McConnell for 13 years?

It was amazing because he’s involved in every issue that comes before the Senate, and he’s just such an experienced legislator. He was a great mentor to me the whole time, and I really enjoyed it.

What were some of your favorite moments?

There’s a ton. The Supreme Court nomination battle was really big. Another historical moment was when [McConnell] became the longest-serving Republican Senate leader in history. That was an American history moment, and I was with him the whole time.

What don’t people know about McConnell?

People don’t see it, but there are two things about him that don’t always come across in interviews with him. One is his empathy for people, and the other is his humor. He has this really dry wit that a lot of people don’t get to see, but he’s really quite a funny guy and he’s empathetic.

Anytime anybody on our staff or extended family had a problem, he’d be the first one to call them in and talk to them about it and see how he could help. And he’s always been good about sending notes to people who were out or needed help. So his empathy is always something that I remember and that people don’t always get to see.

Before joining McConnell’s office, you worked for GOP Sens. John Cornyn and Phil Gramm of Texas. Were you involved in energy and environmental policy debates during that time?

Sure. I mean, energy was obviously a very important issue for their constituents. And then with the leader, we obviously had a lot of those debates, since he’s involved in every single issue.

Do you recall the 2009 Waxman-Markey cap-and-trade bill?

I do. In the Senate, I don’t think it was much of anything at the time. It was more of a House play that fizzled quite a bit.

What do you make of the Green New Deal?

I don’t have a ton of personal thoughts on it.

Some have criticized McConnell for bringing the Green New Deal resolution to the floor as a way to divide Democrats.

They’re saying he did it to divide them? I think the leader’s been very clear on why he did that and why it’s important. I think he’s addressed that fairly well.

Do you think we’re living in an incredibly polarized political climate right now?

Well, people think it’s really bad right now because of the rise of Twitter and cable, and you get to see it a lot. But I always remind people that I was there in the Clinton years during impeachment. It was bad then, too.

If you go back to the 1850s, a senator got caned on the Senate floor by a House member. We haven’t had that happen in over 150 years. So there’s always been partisan acrimony on the Hill, but I wouldn’t say it’s any worse than it’s been at other points in history.

Why did you decide to leave McConnell’s office and join Global Automakers?

Well, I had spent 22 years on the Hill, and I had planned to transition after 20. Then the Global Automakers opportunity came along, and it’s just a really an exciting time for manufacturing and technology and innovation.

Were you interested in the auto industry before this opportunity came up?

Yeah, of course. I’ve loved cars all my life, big cars mainly, but it’s always been something I’ve been interested in. And then Kentucky is home to a lot of innovation and automotive manufacturing.

The first car I ever owned was a yellow 1967 Ford Falcon. I’m in between cars right now. I’m transitioning to a new car, and I haven’t made that decision yet.

Which issues will you spend the most time on in your new role with Global Automakers?

I’m looking forward to addressing some of the bigger topics that I’ve been interested in for a long time, like making sure that we can keep innovation and manufacturing jobs in the U.S.

Trade is a big issue for our members, right now and always. Energy and the environment are also big topics. Energy and environment, that’s a good name for a publication, by the way.

What do you expect to happen when the Trump administration finalizes its rollback of Obama-era clean car rules?

It’s a little early for me to predict. There’s a lot of ifs between here and there, and so it would just be a little premature for me to make a guess.

But Global Automakers continues to believe there is a middle-ground solution that supports the goals of the administration, the state of California, as well as automakers. This middle ground would ensure innovation and investment in the U.S. auto industry, provide year-over-year efficiency improvements and account for the needs of American consumers.

Well, this time of year in particular, Nats games. I’m a big fan of the Washington Nationals. I like to watch them and go to their games. I also like dogs a lot. I’m a big fan of dogs. My entire Instagram page is dogs.

Do you have a dog yourself?

I don’t. I used to. I basically crowdsource. I have a lot of friends with dogs, and I spend a lot of time with them.