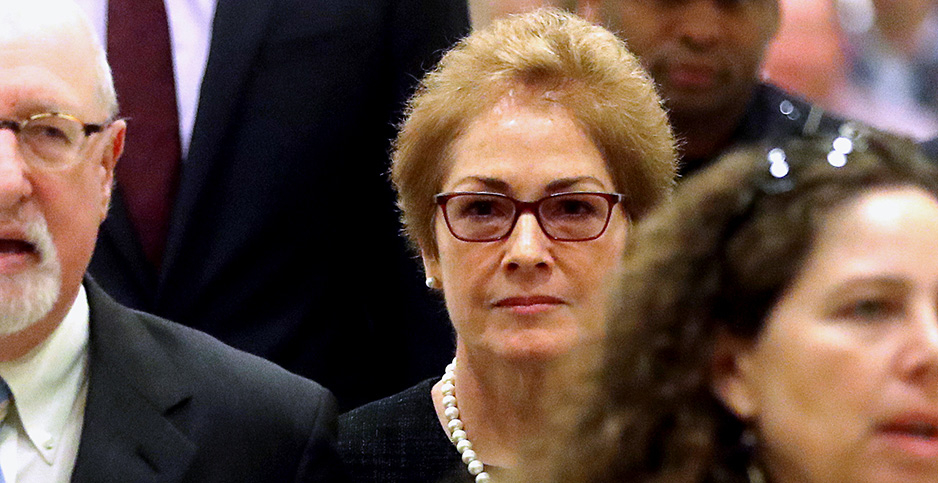 Marie Yovanovitch, the ousted U.S. ambassador to Ukraine, told House impeachment investigators she was not aware of efforts by Energy Secretary Rick Perry to pressure Ukraine’s state-owned natural gas company, Naftogaz, to change its top board.

According to a transcript of her Oct. 11 testimony released yesterday, Yovanovitch said she had only read news reports that Perry had sought to change the board. She said she understood through press reports that the effort reportedly happened after she left her position and that no State Department colleagues had talked with her about it.

Perry has rejected reports that he pressed Naftogaz to change its board, including getting rid of Amos Hochstein, who served in President Obama’s State Department.

The Associated Press reported last month that Perry sought to install a friendlier management team at the helm of the gas company, including adding Robert Bensh, an oil executive and fellow Texan who is one of Perry’s past political donors.

Perry’s effort reportedly followed a similar effort by a circle of businessmen and Republican donors who had touted connections to President Trump and his personal attorney, Rudy Giuliani.

The AP said it was "unclear" whether Perry’s attempts were coordinated with the Giuliani allies and that "no one has alleged that there is criminal activity in any of these efforts."

But the questioning of Yovanovitch by Daniel Goldman, who directs investigations for Democrats on the House Intelligence Committee, shows that Perry’s interactions with Ukraine are a part of Democrats’ impeachment inquiry.

The House Oversight and Reform Committee last month approved multiple subpoenas seeking answers as to why Perry, in a last-minute decision, traveled in place of Vice President Mike Pence to Ukraine President Volodymyr Zelenskiy’s May inauguration.

The requested documents include any communications between Perry and Giuliani, who is at the heart of the allegations that Trump withheld aid to Ukraine to pressure the country to dig up dirt on a political rival, former Vice President Joe Biden.

Perry has refused to testify behind closed doors in the impeachment inquiry but has left open the possibility of answering questions in public (Energywire, Nov. 4).

Perry, who plans to leave the agency at the end of the month, had been asked to appear tomorrow, but his spokeswoman said last week he wouldn’t take part "in a secret star chamber inquisition where agency counsel is forbidden to be present." He has called the inquiry illegal and claimed executive privilege.

House investigators had been scheduled to take a deposition yesterday from former Perry aide Brian McCormack, now associate director for natural resources, energy and science at the Office of Management and Budget, but he refused the subpoena to appear.

House Intelligence Chairman Adam Schiff (D-Calif.), who is leading the impeachment inquiry, told reporters yesterday that when administration officials refuse to comply with subpoenas, Democrats consider it "further evidence of an effort by the administration to obstruct the laws and constitutional duties of Congress."

Schiff said testimony would be released today from U.S. Ambassador to the European Union Gordon Sondland and Kurt Volker, the former U.S. special representative for Ukraine. Along with Perry, they were referred to as the "three amigos" who were charged with unofficially overseeing United States policy toward Ukraine (Energywire, Oct. 18).

Schiff said open hearings would begin "soon" but declined to offer specific dates or say what witnesses might appear.

Rep. Jim Jordan (R-Ohio) told reporters that "if the process was fair, if there were real due process rights, I think you’d see the witnesses come."