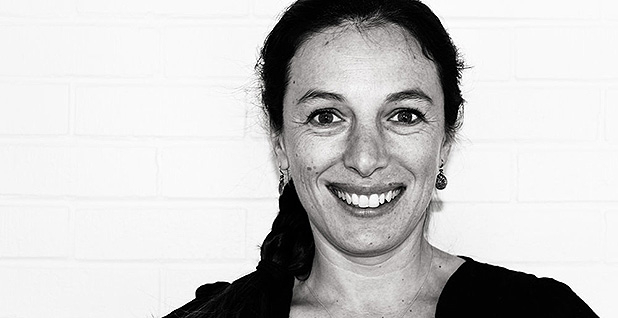 When the letter went live, Zelikova was a Washington-based scientist working on carbon capture and storage in the Energy Department’s Office of Fossil Energy.

"Meet Jane, a climate scientist who fled Trump’s government," was the headline on a profile of Zelikova published by the nonprofit news organization High Country News, which detailed the Ukrainian immigrant’s decision to quit.

I hadn’t ever really worked on energy before. Carbon capture and storage involves very interdisciplinary science that brings together innovation, technology and geology with subsurface science and basic biology. It was definitely a new learning topic for me. I also started learning more about how the federal government works in D.C. There were a lot of meetings, and I got to meet a lot of great people. We work a lot with [nongovernmental organizations] and with Hill staffers to sort of explain the technology, answer questions and sort of link the work that we do with the benefits of the technology and the science behind it. It got at all the different parts that are interesting to me: the science, the technology and how it can really help people.

I spend my days thinking about, researching and talking about climate change. I usually need to take a break in the middle of the day and go for a bike ride or a hike or a run, because the topic is pretty difficult to get through a solid eight hours of. So I try to get outside as much as I can — usually every day. Because now I live in Colorado, that’s a really easy and accessible thing for me. I spend a lot of my evenings working on 500 Women Scientists, and weekends are sort of split between getting outside and climbing or biking and working on 500 Women Scientists stuff.

It really does feel like running a startup, while having a full-time job. It sucks up a lot of my time that isn’t my full-time job time as a researcher scientist. I work very hard to squeeze in time to get outside or see my friends or do the other things that I’m supposed to do as a normal, well-rounded human. The last six months have definitely felt like a startup schedule, which, you know, we did not sign up for and we did not expect, but that is what happened. It is a blessing because it resonates with people and it helps people all over the world. That part is really incredible. I would have never expected that, and it was not what we were trying for, but it’s what happened. That’s kind of undeniably powerful.

A lot of times it feels very overwhelming. Then we will get an email or a message from someone. A lot of times it is from dads who are like, "Thank you so much for doing this; you guys are role models to my daughters." Or we’ll get messages from women scientists who thank us for starting something they’ve been thinking about or that’s so needed. That makes it meaningful in the times that it’s really challenging. It’s just a reminder that it matters to more than just us. It’s kind of an incredible thrill and privilege to start something from nothing and to see it take off and to see people sort of relate to and value it.

Go to 500womenscientists.org and click on the "Pods" button. Pods are sort of our local chapters. Find a pod in your area. I’m sure that there is one, because we have over 150 pods all over the U.S., but if there isn’t one, then you can start a pod, and we make that very easy, too. Then you can be sort of the catalyst to bring together other women scientists in your area to have a community and a network and to think about and act for your community.