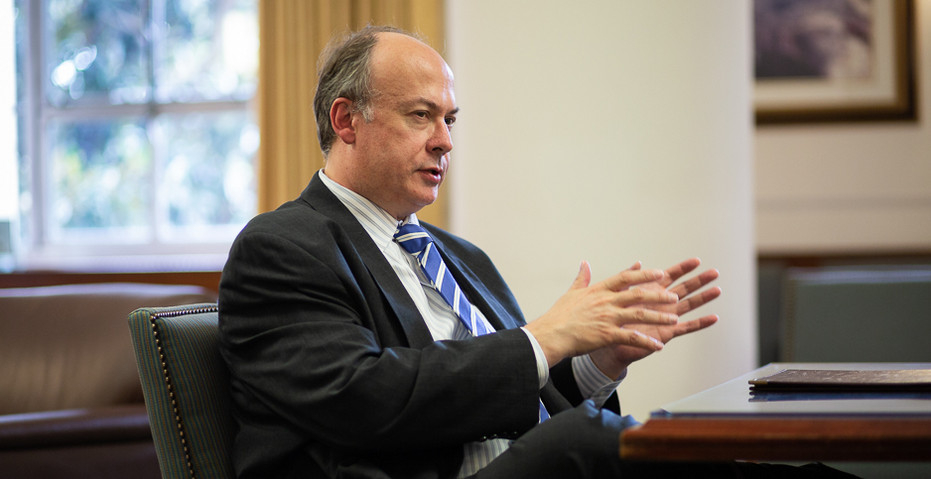 The former Justice Department environment official who found himself embroiled in political scandal at the close of the Trump administration has landed a new role.

“I’m excited to spearhead NCLA’s strategic litigation efforts,” Clark said in a statement. “As I’ve witnessed firsthand, the federal leviathan will continue to surge and swell unless its staggering power is confined within proper channels.”

Taming the administrative state was a primary goal for Clark while he was head of DOJ’s Environment and Natural Resources Division (ENRD), where he spearheaded the Trump administration’s fight against Obama-era environmental rules and sought to rein in enforcement efforts against polluters.

Clark took a hands-on approach to the role, arguing for the government in high-profile lawsuits — sometimes to the frustration of ENRD colleagues who felt those responsibilities should fall to career attorneys at the department (Greenwire, Jan. 26).

In one of his Trump-era cases, the Juliana v. United States kids’ climate lawsuit, Clark — like Obama DOJ officials before him and the Biden team after — successfully argued that a federal appeals court should reject the young climate activists’ push to get the federal government to phase out fossil fuels.

During the last months of the Trump administration, Clark took the lead at DOJ’s Civil Division, leaving the day-to-day operations at ENRD to one of his deputies.

He resigned from DOJ days before President Biden was inaugurated. A week later, The New York Times reported that Clark had been working with former President Trump to oust then-acting Attorney General Jeff Rosen and pursue unsubstantiated claims that Trump had defeated Biden in the election.

Before he was appointed assistant attorney general at ENRD in 2018, Clark was a partner at the law firm Kirkland & Ellis LLP. He holds a bachelor’s degree from Harvard University, a master’s degree from the University of Delaware and a law degree from Georgetown University.

Clark joins a group that has tackled issues ranging from COVID-19 restrictions to agency deference.

In a recent spate of legal actions, NCLA has challenged regulations and orders aimed at curbing the spread of the novel coronavirus, arguing that the mandates run afoul of civil rights.

“The COVID-19 pandemic has proven to be a threat not only to the health and safety of Americans, but also to our way of life,” NCLA’s website states. “Under the aegis of public safety, federal, state and local governments have violated constitutional law by implementing regulations and emergency orders by executive decree.”

The group has also released a publication called Chevron Watch, which tracks cases involving judicial deference to federal agencies, such as EPA.

Under the Chevron doctrine, which gets its name from a 1984 Supreme Court case, courts give agencies leeway to interpret issues on which Congress has not spoken or has been unclear. The doctrine has played a key role in environmental litigation, although parties have lately been more hesitant to invoke it as the Supreme Court and other benches have been filled with more conservative judges with skeptical views on agency deference.

NCLA submitted a “friend of the court” brief in one recent Supreme Court case dealing with agency powers, Gundy v. United States. In the 2018 case, the court rejected a bid to revive the long-dormant “nondelegation doctrine,” which conservatives have attempted to invoke to fight EPA climate rules and other regulations deemed as agency overreach beyond their congressionally delegated powers.

“By transferring legislative power to an executive or agency official like the Attorney General, a current Congress can get that official to enact rules without going through bicameralism and presentment — policies that a future Congress cannot reverse without taking those difficult steps,” NCLA wrote in its brief.

Mark Chenoweth, executive director and general counsel of NCLA, said the group was excited to have Clark’s expertise on administrative law and federal powers.

“His combination of erudition and real-world know-how will enable NCLA to accelerate the timetable for achieving our ambitious litigation goals,” Chenoweth said in a statement.