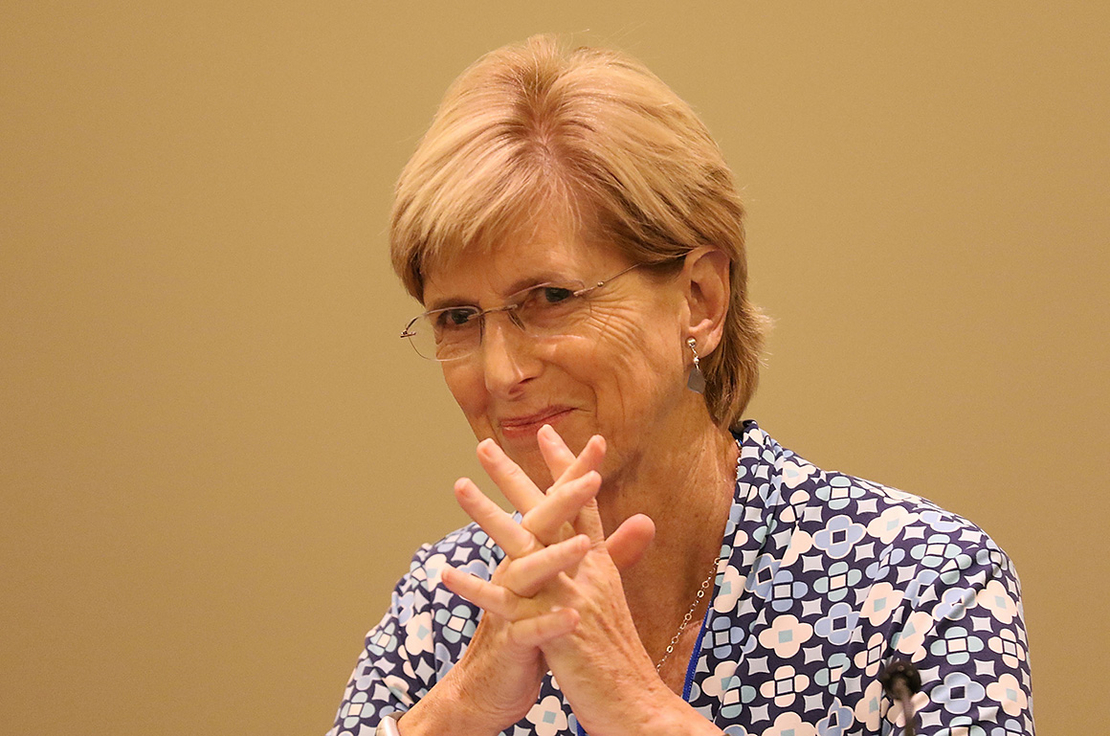 Christine Todd Whitman, pictured in Miami on Nov. 17, 2015, has weighed in on the case over documents seized from former President Donald Trump's Florida home. Aaron Davidson/Getty Images for Eisenhower Fellowships

Christine Todd Whitman, who led EPA during the George W. Bush administration, signed onto a brief yesterday opposing Trump’s request for a “special master” to examine government documents seized by the FBI earlier this month from his Mar-a-Lago resort home in Palm Beach, Fla.

Trump and his attorneys argued that such an outside expert was needed to ensure the protection of documents that should be shielded under the president’s “executive privilege,” the president’s right to keep some communications confidential.

The Justice Department responded yesterday that appointing a special master is “unnecessary” and would “significantly harm important governmental interests,” including national security. A photo of classified documents recovered by the FBI, shown strewn across the floor with several marked “TOP SECRET,” was attached to the filing.

Whitman, who also served as governor of New Jersey, joined other former state and federal officials yesterday in submitting a proposed amicus curiae, or “friend of the court,” brief opposing Trump’s request for the involvement of a special master to protect executive privilege.

Whitman was joined on the brief by Bill Weld, the former Republican governor of Massachusetts who challenged Trump in the 2020 GOP primary before endorsing Democrat Joe Biden. Other signatories include Peter Keisler, acting attorney general during the George W. Bush administration, and Donald Ayer, deputy attorney general during the George H.W. Bush administration.

“I believe firmly that the rule of law is the bedrock of our democracy, and I will always align with the proper application of the law towards anyone, including former presidents,” Whitman told E&E News today in a statement.

After the FBI searched Trump’s Mar-a-Lago estate earlier this month, Whitman tweeted, “When are people … going to admit that Donald Trump is a crook? Classified, top secret documents at Mar-a-lago?”

“Trump is dangerous and is doing all that he can to undermine our constitution and other institutions that protect our democracy,” she added. “He should never again be anywhere near the levers of power.”

Whitman has long been a vocal critic of Trump and his administration, especially his handling of her former agency.

Whitman, along with other former administrators, signed onto letters saying the Trump EPA was “ripe for oversight” and later that the agency needed a “reset.” She also testified before Congress about her concerns over EPA during the prior administration.

In the 2020 election, Whitman backed Biden for president. She spoke at the Democratic National Convention and led a group of Republicans and independents supporting Biden (E&E News PM, Sept. 21, 2020).

That party, dubbed Forward, bills itself as an “open party” that welcomes Democrats, Republicans and independents who are sick of political polarization and want to find common ground (Greenwire, July 28).