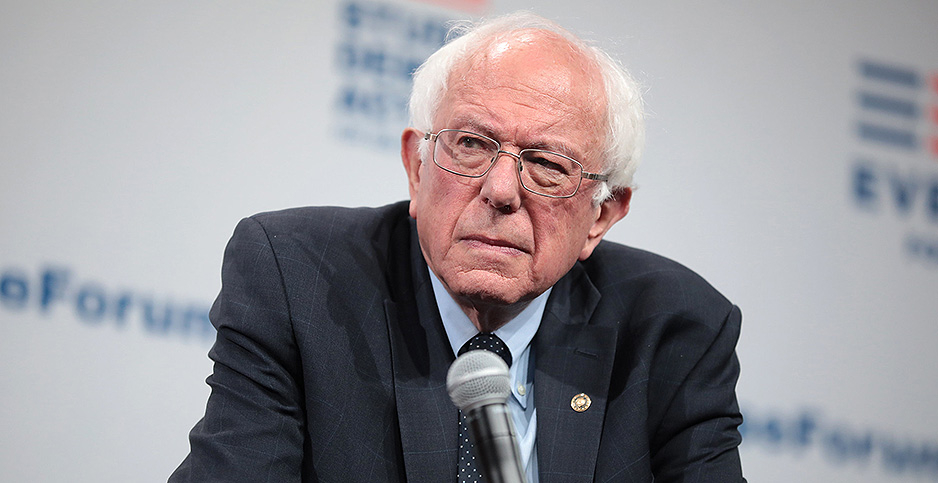 A key part of Democratic presidential hopeful Sen. Bernie Sanders’ (I-Vt.) Green New Deal hinges on harnessing and expanding an unwieldy federal bureaucracy established nearly a century ago to broaden the nation’s use of green energy.

But grid experts — including former Obama administration officials — say the climate plan has left them wondering whether the senator really understands what he’s proposing.

Sanders has emerged as a leading contender for the Democratic nomination coming off a close finish in the Iowa caucuses last week and is heading tomorrow into the New Hampshire primary, where the New Englander won big in 2016 and currently leads in most polls.

His $16 trillion climate plan calls for expanding the country’s four public marketing administrations and the Tennessee Valley Authority, which together sell and transmit power in 33 states. The PMAs are housed in the Energy Department, and their transmission lines span more than 40% of the country.

His Green New Deal would "expand the existing PMAs to build more than enough wind, solar, energy storage and geothermal energy plants" and add a fifth PMA, with hopes of tamping down carbon emissions.

"We will spend $1.52 trillion on renewable energy and $852 billion to build energy storage capacity," says the plan, released last August.

Experts on PMAs said there are problems with that approach, including, most notably, that PMAs do not develop and generate power.

"Those skill sets are not currently in the PMAs," said Lauren Azar, a former Energy Department senior adviser on PMAs during the Obama administration.

Sanders also could not establish a new PMA or expand their activities without legislation, she added.

"It seems to me that there would be much easier ways to do this than to try to do it through the PMAs," Azar said.

Politically, the proposal is in line with the Democratic socialist’s overarching message of fundamental reform and goal of transitioning the country off fossil fuels by 2030. And it harks back to an earlier era of wholesale change in America, President Franklin D. Roosevelt’s New Deal in the 1930s.

But in the last 90 years, the PMAs have become sprawling and entrenched, often held hostage by their wholesale power customers who demand they keep rates low.

That makes them poor candidates to be a hub of innovation and renewable energy, experts said. These are not, they said, entities that are nimble enough to move quickly and react to market pressures or technology advancements.

"If he wants to use federal dollars to actually develop renewables and develop storage, there are other ways to do it," Azar said. "And frankly, there are simpler ways to promote sustainable energy — one of which is to put a price on carbon. That’s probably simplest."

Conservatives similarly bristled at the idea.

"If you look at where you’ve seen renewables be very successful, it’s where you’ve had more retail and wholesale choice and competition in the electricity market," said Nick Loris, an energy research fellow at the Heritage Foundation.

"Nationalizing our energy sector or following the PMA model would take us in the opposite direction in terms of providing a more consumer-centric energy grid," he said.

The Sanders campaign did not respond to a request for comment.

There’s another reason to question Sanders’ plan to update the PMAs: Democrats have tried it before, and they encountered stiff opposition.

When Azar was at the Energy Department in 2012, Secretary Steven Chu called on the PMAs to upgrade or repair their transmission lines and ready them for more integration of renewables.

The memo from Chu laid out seemingly benign goals, such as "improving PMA existing infrastructure," "improving collaboration" and "moderniz[ing] oversight."

Congress and the public power sector — energy providers who get their wholesale power from the PMAs — would have none of it.

The customers wanted to protect their low rates and viewed any upgrades to the grid as a threat. They launched an assault on Capitol Hill, and soon lawmakers rallied to their defense.

Ultimately, 166 bipartisan senators and representatives came out against the proposal, and the House Natural Resources Committee launched an investigation (Greenwire, Dec. 19, 2013).

Similarly for Sanders, an effort to expand PMAs would be met with opposition from both their customers and the private providers who would say the federal government is squeezing them out of the market.

PMAs "are embedded in DOE structure and have localized ties. I’m not sure how quickly all of that can be moved around," said Stephen Smith of the Southern Alliance for Clean Energy. "These are almost like sacred cows to certain segments of the geographic areas of the country."

Could it work for TVA?

The Tennessee Valley Authority’s structure is different, and that could make it more fertile ground for Sanders’ reforms.

TVA’s service area touches seven states, and it serves almost all the power in Tennessee.

Unlike the PMAs, however, it has a nine-member board of directors appointed by the president.

They have to be confirmed by the Senate, but, Smith said, Sanders could more quickly implement his plans there, even by going so far as to demand that existing board members resign.

"You can mainline the president’s wishes right into the boardroom of TVA," Smith said. "If you wanted to put the country on a war footing where you really wanted to move quickly, TVA is a national asset that the president with executive power could marshal."

Asked about Sanders’ plan, TVA CEO Jeff Lyash emphasized that the utility is striving to cut its carbon emissions without hiking customers’ rates.

"We look at what all the candidates and the current administration are focused on," Lyash said. "But, for us, we’re going to continue to march down the path of reducing greenhouse gas while we keep the customer’s price reasonable."

Smith questioned whether a newly elected president would want to expend his limited political capital on such a maneuver; Sanders would have to go toe to toe with the region’s predominantly conservative Senate delegation.

And Smith expressed some concern with how the PMA and TVA part of Sanders’ plan was drafted.

"I’m in agreement that there are assets that could be marshaled," he said. "But I don’t believe whoever wrote that is well-versed in the nuance of how to make that happen."