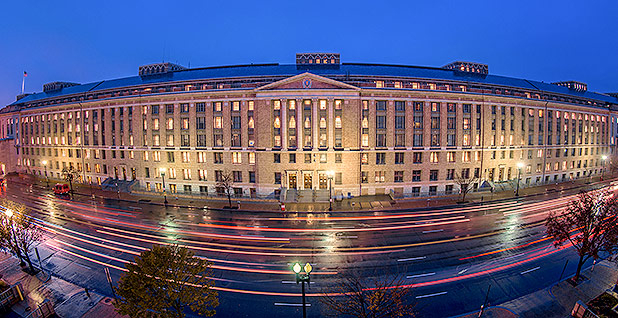 Former Department of Agriculture officials criticized the agency today for its plan to relocate two research-related offices outside the nation’s capital.

In a webinar organized by foes of USDA’s plan, officials who served in both Democratic and Republican administrations said Agriculture Secretary Sonny Perdue hasn’t demonstrated how moving the Economic Research Service and the National Institute of Food and Agriculture would improve service or save money.

The plan would also place the ERS under the Office of the Chief Economist, which is overseen directly by the secretary, rather than with the undersecretary for research, education and economics.

"I’m genuinely perplexed at this proposal," said Gale Buchanan, undersecretary for research, education and economics at USDA during the George W. Bush administration. "I’ve yet to find anyone who thinks this is a good idea, who’s been involved in the system."

Perdue has said the moves, which would be completed by the end of next year, would save money and put the agencies closer to the department’s main customers, farmers. In addition, the administration has said the offices have had a hard time attracting and holding onto employees in Washington, with its high cost of living and long commutes.

About 700 positions in the two agencies would be affected, USDA has said.

The former officials, also including Cathie Woteki, the former USDA undersecretary for research, education and economics — who served in the Obama administration — questioned those justifications and said the administration should seek an independent analysis of the proposal, possibly from the Government Accountability Office.

Without a detailed analysis showing that the plan would save money, Woteki said, "I really view this as an empty statement."

She called the plan "foolishness" and "ill-conceived at best and possibly in violation of the law," citing legislation in 1994 that gave the undersecretary for research authority over the ERS.

USDA Deputy Secretary Stephen Censky, who asked to join the webinar, said some offices within the agency would remain in Washington, particularly those that work with Congress.

Censky said the department’s goal is to strengthen the work of NIFA and ERS and that plan isn’t meant to diminish or minimize their roles. He said relocation outside the region makes sense because NIFA already faces an expiring lease on its office space, and rental costs continue to climb for ERS.

He said officials have asked the agencies to report on which jobs most need to be performed in the nation’s capital and that officials are considering feedback from stakeholders.

"We welcome the input," Censky said.

The webinar was organized by several groups opposed to the plan, including the National Sustainable Agriculture Coalition and the American Statistical Association. It comes as members of Congress have raised concerns about the plan, asking officials for a more detailed rationale.

Senate Agriculture Chairman Pat Roberts (R-Kan.) and ranking member Debbie Stabenow (D-Mich.) asked Perdue earlier this month for more information, including the legal authority for having the ERS report to the chief economist.

In today’s webinar, Buchanan said he agrees with Perdue’s stated goal of delivering programs more efficiently but questions whether the plan can achieve that.

In addition, Buchanan said, ERS and NIFA almost always work with other federal agencies, some outside USDA, requiring consultation in Washington. "It just makes more sense to do all of your work in one trip," he said.