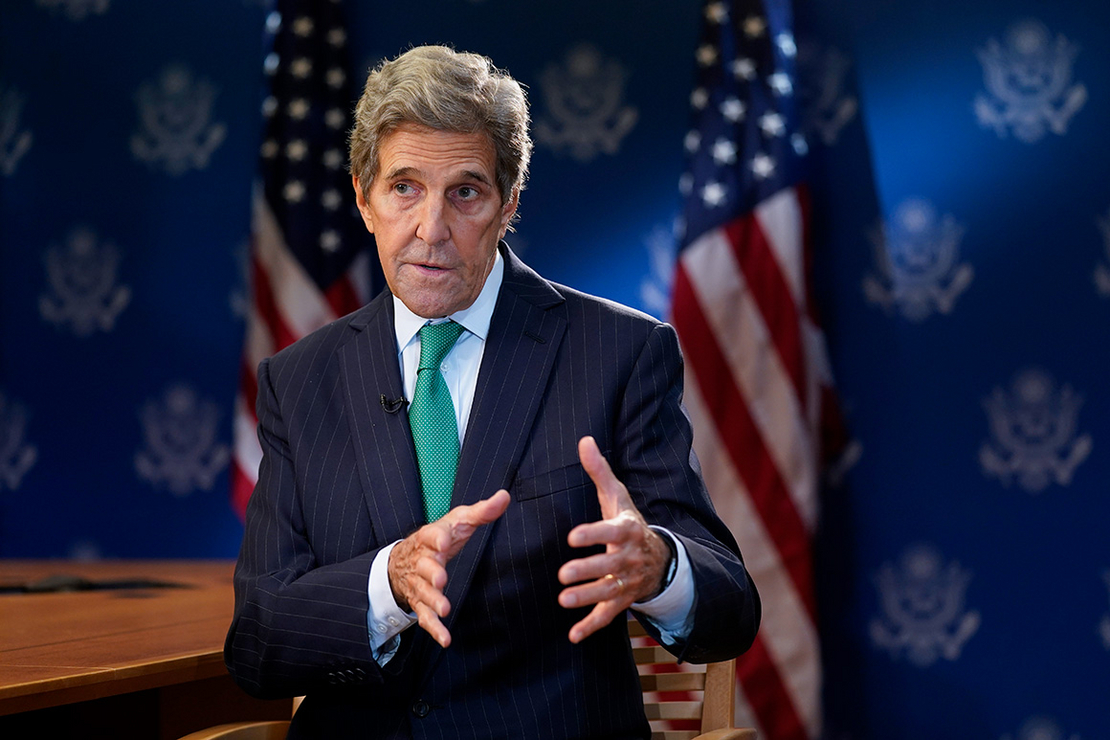 Climate envoy John Kerry downplayed the potential failure of the reconciliation bill in Congress and suggested the U.S. could meet its goal of cutting emissions in half by 2030 in other ways.

His comments to E&E News came as historic climate legislation struggles to gain traction in the Senate, just weeks before world leaders meet in Glasgow, Scotland, to hammer out a five-year plan for reducing global emissions.

“I just think people are miscalculating if they think that the whole thing depends on one piece of legislation,” Kerry said in an interview. “Is it important as legislation? Yes, unequivocally. But it is not the key to Glasgow, it is not the sole determinant of what is going to unfold.”

The $3.5 trillion reconciliation bill is a pillar of President Biden’s climate agenda. It would slash power plant emissions up to 80 percent by 2030 through the Clean Electricity Payment Program, and invest billions in electric car charging stations. It would also establish fees for fossil fuel producers that release methane emissions.

If the legislation doesn’t pass, the U.S. could still meet the targets it announced in April to reduce total emissions 50-52 percent by the end of the decade. But it would be much harder.

“Without the cost reduction assistance of congressional actions, federal and state leaders will face higher technical and political hurdles as they pursue the ambitious policies required to get to the 50-52 percent target,” Kate Larsen, a director at the Rhodium Group, said in an email.

Kerry said there are various initiatives that EPA and other departments such as Energy, Transportation and the Interior can take to meet U.S. goals.

He also pointed to market forces that have made renewable energy more cost-competitive, and actions being taken at the corporate level.

“This transformation is taking place no matter what. It is not exclusively dependent on the Congress,” Kerry said. “Is it critical to have some of the things Congress has in front of it? Yes. But this march toward this new economy is happening to some very large measure because the private sector has decided it’s the future.

“And there are many investments being made in green hydrogen, in battery storage, in carbon capture, direct carbon capture,” he added. “Even the oil companies have come to understand that if there’s a future it’s going to have to be with major carbon capture and storage."

Another option: a price on carbon.

While Kerry has cautioned against carbon border fees proposed by the European Union, he said he was confident that carbon pricing would be “one of the considerations that will be on the table over the course of the next few years.”

Carbon pricing programs, such as emissions taxes, have fallen out of favor politically, even as other countries adopt them. The Clean Electricity Payment Program being considered by Congress would pay utilities for selling more renewable energy, rather than charge them for releasing emissions.

When the White House announced its new climate goals in April, it was short on specifics, referring broadly to incentives and regulations without saying where they would come from or how they would be constructed.

Climate Action Tracker, which conducts independent scientific analysis of national commitments, has rated the U.S. pledge as “insufficient” because it’s dependent on policies that don’t yet exist, said Bill Hare, CEO of Climate Analytics, a climate policy group that helps compile the tracker.

“What you hear from big developing countries right now is ‘OK, the U.S. put out a nice target, but where’s the action? Can Biden really deliver?’" he said.

In the months since making its commitment, the administration has been mapping a course to achieve its targets.

They include federal and state regulation, procurement of electric vehicles and other policies that can help deliver emissions cuts — though they may not be great enough to achieve the targets.

But if Biden’s turn on the global stage in Glasgow next month coincides with the demise of his legislative agenda on climate change, he’ll have a harder time convincing foreign leaders to trust U.S. aspirations.

“The rest of the world is quite aware of the legislation being taken forward and hopes it will be passed by Congress,” said Saleemul Huq, director of the Bangladesh-based International Centre for Climate Change and Development.

With the timing still in limbo, Kerry has moved forward with the message that the United States has committed to a plan — along with a handful of other nations — that keeps global climate goals within reach.

“Our credibility, I think, is beyond reproach, in that sense,” Kerry said.

U.S. climate targets are among the most ambitious of those submitted to the U.N., short of what the European Union and the United Kingdom have committed to. But unlike the U.S., their targets are already enshrined in law.

The U.S. is not alone in figuring out its path forward. Various studies show that even if every country fulfills its current climate pledges, the world is still on track to exceed 2 degrees Celsius of warming — the upper end of the Paris Agreement target.

“Clearly we have to reduce emissions faster. That’s key,” Kerry said. “And let’s see what we get out of Glasgow before we make judgments, and you’ll be able to see who’s reducing those emissions and who isn’t.”