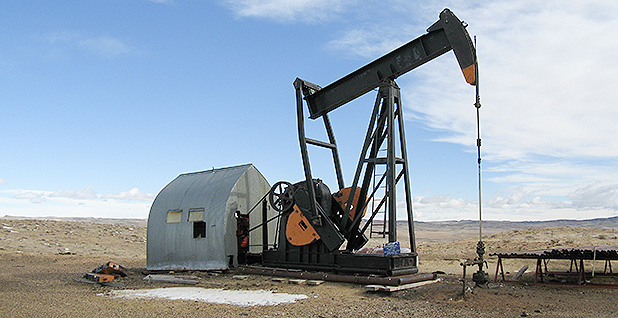 Yesterday, the Interior Department took a first step toward implementing that plan by announcing a review of an oil, gas and coal valuation rule promulgated by its Office of Natural Resources Revenue. The agency has proposed to repeal amendments made to the rule this year. An advance notice of proposed rulemaking to revisit the original regulation will appear in today’s Federal Register.

"Developed by Interior’s ONRR, the original intent behind the 2017 Valuation Rule was to offer greater simplicity, certainty, clarity and consistency and product valuation and reporting for mineral lessees," the news release says. "ONRR has since identified several areas in the rule that warrant reconsideration to meet policy and implementation objectives."

Interior previously announced plans to delay the ONRR rule’s implementation and to stay litigation related to the regulation (Energywire, March 27).

The ONRR regulation does not appear in those orders.

An executive order from President Trump and a secretarial order from Secretary Ryan Zinke specifically identify four Interior Department rules for review and possible repeal. The Office of Natural Resources Revenue rule does not make the list:

Section 2 of the executive order indicates that the regulatory scrubbing will go far beyond the rules the president and Interior have explicitly pinpointed.

"The heads of agencies shall review all existing regulations, orders, guidance documents, policies, and any other similar agency actions (collectively, agency actions) that potentially burden the development or use of domestically produced energy resources, with particular attention to oil, natural gas, coal, and nuclear energy resources. … For purposes of this order, ‘burden’ means to unnecessarily obstruct, delay, curtail, or otherwise impose significant costs on the siting, permitting, production, utilization, transmission, or delivery of energy resources," the order says.

Luke Johnson, a former deputy director of policy and programs at the Bureau of Land Management under President George W. Bush, called the use of the word "burden" in the executive order "significant language."

"This reaches deeper than the rules that are cited," he said.

Beyond the ONRR rule and the four regulations noted in the orders, BLM’s onshore orders 3, 4 and 5 could be on the chopping block. Also in the crosshairs are nearly 30 guidance documents and rules related to climate mitigation, according to Western Energy Alliance President Kathleen Sgamma.

"It’s very important and fairly far-reaching the reorientation of Interior away from spending so much time analyzing and mitigating speculative impacts from climate change," she said.

"It would severely inhibit the BLM’s ability to ensure that they’re receiving a fair return on the extraction of public resources," she said. "BLM wouldn’t be able to require accurate measurement of production, they wouldn’t be able to limit waste, and ultimately the American public would not receive the royalties they are owed."

Teitz questioned Interior’s approach on the ONRR rule, calling it a "knee-jerk" opposition to Obama-era rules, regardless of their merit.

"Your car dies, you take it to the shop, they work on it for days and replace a bunch of parts," she said. "Now the car runs, but it backfires. So do you fix this by ripping out all of the brand-new parts and starting over? Of course not — you try to pinpoint the source of the new problem and fix just that.

"Here, we had a broken royalty system and a rule that at least partially fixed it," she said. "But the new administration is throwing out all of the fixes, going back to the broken system, and will then consider making new fixes to that system, including the fixes they will have just thrown out."

Nada Culver, senior counsel and director of the Wilderness Society’s BLM Action Center, said she will be watching how Interior moves forward following the executive order.