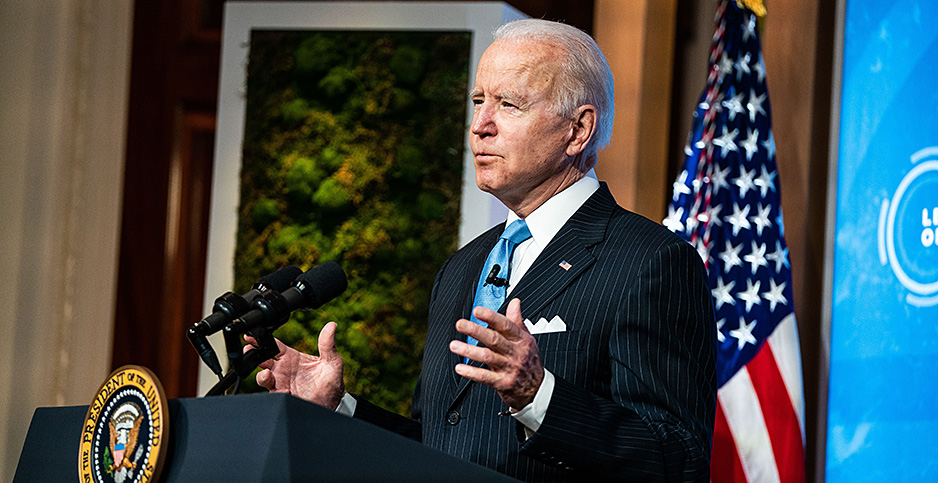 President Biden thrust his administration into a race to confront the economic risks of global warming by signing an executive order yesterday that brought the once niche issue of climate finance into the highest levels of government.

The long-awaited directive requires federal agencies to assess the economic dangers that rising temperatures could have on the government — and homeowners, retirees, businesses and the U.S. financial system. It marks a major turning point for U.S. financial policy, which until last year was mostly silent on an issue that had for years been a priority among European nations.

The order directs White House officials and Cabinet secretaries to take a series of steps to prod regulators of banking, housing and other industries to identify and address the risks facing the economy.

Deese and national climate adviser Gina McCarthy will develop a strategy to identify and disclose the climate vulnerabilities faced by government programs, assets and liabilities. That plan is due within 120 days.

The Office of Management and Budget and the departments of the Treasury and Labor will also play key roles.

Labor Secretary Marty Walsh will work to "bolster the resilience of life savings and pensions," the order said. That could include revising and rescinding Trump-era rulemakings that targeted efforts by retirement fund managers to account for social and environmental factors while investing on their clients’ behalf (Climatewire, Oct. 2, 2020).

The White House budget office and other agencies will assess the government’s exposure to increased costs and lost revenue from the mounting effects of climate change. As part of that effort, federal suppliers could be required to report and reduce their carbon footprints.

The order called on Treasury Secretary Janet Yellen to leverage her position as chair of the Financial Stability Oversight Council to work with the Federal Reserve, the Securities and Exchange Commission and other regulators to zero in on climate risks to the federal government and the nation’s financial system.

Yellen and the council — which was established in the aftermath of the 2007-08 financial crisis — were instructed by Biden’s order to issue a report within 180 days. The White House said the document should show how those regulators are accounting for the climate vulnerabilities of banks, insurers and other firms they supervise.

Sustainable finance proponents say that’s a powerful lever, because the Financial Stability Oversight Council is the most direct point of contact between the administration and independent financial agencies — which don’t take orders from the White House.

Justin Guay of the Sunrise Project said the provision is the "most important component of the whole order."

"It’s a starting gun sending Treasury on a 180 day race to define the plan. This is a nascent space [and] we have an incredible opportunity for ambitious regulation, not incremental change," Guay tweeted yesterday.

Some financial regulators had already begun moving in that direction. The Commodity Futures Trading Commission in September became the first U.S. agency to formally flag the possibility that rising temperatures could upend U.S. financial stability.

A few months later, the Fed joined a global group of central banks and other regulators working to address systemic climate risks. And the SEC requested public input in March about steps it should take to ensure that public companies are transparent about their climate risks and impacts.

Those efforts drew the ire of Republican lawmakers who question the validity of financial risks from climate change (Climatewire, May 13).

McCarthy noted during a call with reporters yesterday that efforts to enhance climate risk disclosure have been spearheaded by companies in the absence of regulations.

"But it simply isn’t enough," she said. "This cannot be optional; this cannot be voluntary. The stakes are simply too high."

Deese doubled down on that point. A key purpose of the executive order, he said, is to "advance consistent, clear, intelligible, comparable and accurate disclosure of climate-related financial risk, including both physical and transitional risk."

Equally important, he said, is actually acting on that risk — and accounting for how it disproportionately affects disadvantaged communities, including people of color.

Finance-focused climate advocates, who for months called on Biden to get going on the issue, applauded the move. The reports required by the order are due as world leaders will meet for a U.N. climate conference, known as a COP, or conference of the parties to the U.N. Framework Convention on Climate Change, in Scotland later this year.

"We expect and hope to see action continue and accelerate over the next few months in the lead-up to COP, and regulators shouldn’t wait for these reports to be finalized to use the tools they already have," said Ben Cushing, who directs the Sierra Club’s finance campaign.

Cushing said he was pleased to see the Biden administration acknowledge that "it’s not enough to just focus on measuring and disclosing risks."

Guay of the Sunrise Project agreed: "This is a plan to mitigate systemic risk — not just disclose it."