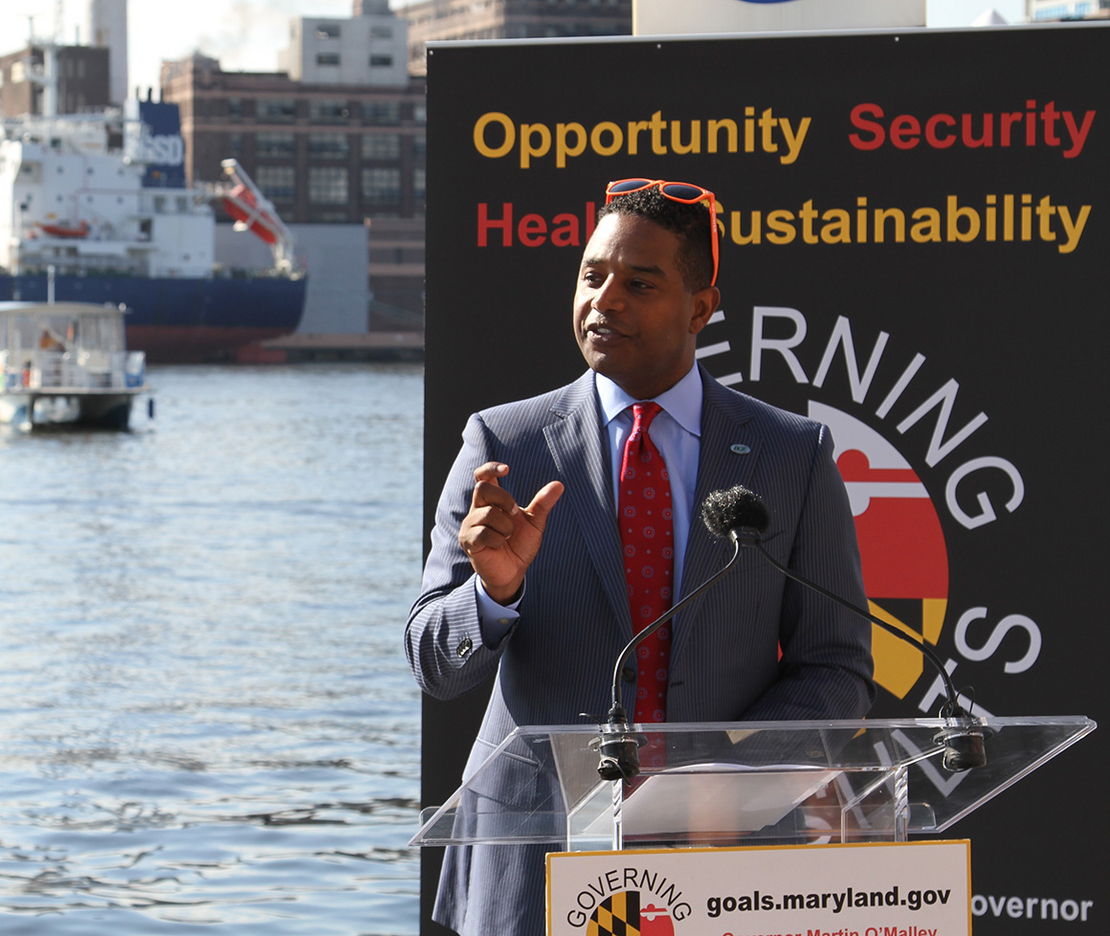 Promises to eliminate carbon emissions from electricity generation may be common in the utility industry, but what’s critical is whether companies actually have a plan to reach their targets, said Exelon Corp. Chief Operating Officer and Senior Executive Vice President Calvin Butler.

One of the largest utility companies in the country, Exelon has pledged to achieve net-zero greenhouse gas emissions by 2050 — 15 years later than President Biden’s target of 100 percent carbon-free electricity nationwide by 2035. Still, the company is trying to “bring up” its own target, and while the goal set by the White House may be “aggressive,” it’s also “doable,” Butler said.

Headquartered in Chicago, Exelon was one of the most vocal supporters in the utility space last year of a proposal to push utilities toward 100 percent clean electricity known as the Clean Electricity Performance Program (Climatewire, Sept. 30, 2021). But this month, the company split from its former power generation subsidiary, Constellation Energy, to become a utility company focused only on transmission and distribution.

Nonetheless, Butler, a longtime executive in the utility sector, said his company is better positioned than ever to advocate for federal legislation that would accelerate the transition to carbon-free electricity. The Exelon COO was one of nine utility executives who met with President Biden last week to advocate for legislation and tax breaks to encourage clean energy development (Energywire, Feb. 10).

“Our voice is actually becoming louder as a result of this,” he said.

Exelon owns more than 11,000 miles of transmission lines and over 150,000 miles of distribution lines, and serves parts of Illinois and Maryland and all of Washington. As a transmission- and distribution-only utility, the company is eyeing opportunities to invest in the grid system in order to support new renewable energy projects and electric vehicles, which draw power from the grid, Butler said.

Exelon hopes to work in tandem with the Federal Energy Regulatory Commission, which is expected to issue new regulations this year affecting how transmission lines are planned and funded. The company also backs new policies in the nation’s largest grid region, PJM Interconnection, to reduce barriers facing renewable energy and distributed energy resources, such as rooftop solar and battery storage systems, Butler added.

Still, Exelon has supported federal electricity policies that have proven controversial. Specifically, the company and other utilities have asked FERC to relax existing requirements that transmission lines be open to competition — something advocacy groups say has benefited consumers but that Exelon and others claim slows down the build-out of power lines (Energywire, Jan. 19). The requirements stem from a 2011 decision by FERC known as Order 1000.

“We know competition is one tool to support the overall process to demonstrate the greatest value to customers but is not the only available mechanism,” Butler said.

On the day that Exelon officially broke off from its former subsidiary, Constellation Energy, Butler spoke to E&E News about challenges facing the utility industry and what comes next as climate change-focused legislation stalls in Congress. He also shared how the pandemic has made him see his co-workers in a new light and helped him to get to know his kids.

Exelon was a voice among investor-owned utilities that supported the Build Back Better Act, including the Clean Electricity Performance Program originally included in the proposal. How will your engagement with federal policy change now that you’ve spun off into a distribution and transmission company?

As a pure T&D company, going back to serving Baltimore, Chicago and the District of Columbia, we’re laser focused on now advocating for our customers, and not only advocating for them and building a more reliable and resilient grid, but doing it in a way that promotes equity. The investment in the grid is essential as we transition this energy ecosystem, and the transition all revolves around incorporating more renewables into the system. To do that, you need to have a more solid and more robust transmission system.

Also, incorporating [electric vehicles]: There’s discussion in some studies you read that by 2030, EV adoption will have increased by over 32 percent. So if that is the case, what we know has to happen is we have to have a more robust charging infrastructure system. To do that, we need not only congressional, but also state and local laws to change. We, as Exelon, will lean into that discussion more than we ever have before because we’re coming now as a pure play.

In your opinion, can electric utilities generate 100 percent of their power from clean resources by 2035, which is still the president’s goal, without major new legislation?

I think that’s aggressive, but it’s doable. We announced at Exelon our Path to Clean. When we made that announcement, we said we’ll get to net-zero emissions by 2050, and that 50 percent of that was going to be done by 2030. We have a clear line of sight to 80 percent of that goal, and we believe that with the last 20 percent, emerging technologies have to come online. We’re partnering with organizations like EPRI and MIT to really invest in those types of technologies because we see that as critical to getting that last 20 percent. We also note our goal is 2050, but we’re working to bring that up.

There are others out there who say they can do it by 2035 as it is right now. What I’d say is let’s look at the metrics. Not only is [ours] a clear goal, but it’s attainable and I can lay those metrics out to you. That is what we have to be accountable for in the utility sector, not only to do what we say we’re going to do but hold ourselves up to a higher standard and show the results.

What are the biggest obstacles to building out the transmission system to support more renewable energy?

As you know, we engage in the transmission planning process at the local, regional and interregional levels. To date, it’s our view that the process has done a pretty good job, particularly in the PJM region of ensuring low-cost, reliable transmission service. We are also asking that the transmission system do more than it ever has before, and we must be prepared to build a system that meets those evolving needs.

We do have several obstacles we need to address. We have a very backlogged, antiquated interconnection query process in PJM. We’re very involved in this, and we’ve been supportive of PJM’s reform efforts related to generation, interconnection and the queue process, which has the potential to resolve some of the current process shortcomings. But what’s happening now is there’s a lot of reactive approaches to transmission planning that impede the continued rapid deployment of renewables. By us being reactive as an industry, it’s slowing the integration of that.

Also, we have to look at the reconciliation of different energy policies across state lines and how the planning processes can agree on the drivers of transmission across these multiple jurisdictions. Because when you have a conflict, you start going into different forms of litigation and so forth, and it really breaks down the process of collaborating.

You and other utilities have said that competition in the transmission planning process, mandated through FERC Order 1000, is holding back the effective development of more high-voltage power lines. Can you explain that view, or give examples of how competition has stifled progress?

The transmission owners have always had a congenial relationship where we can talk things out and look at if there’s a mutual benefit to building this. It goes back to serving our customers. Whenever you move the customer further away from the solution you’re trying to create, it gets very noisy and complicated.

With the way FERC Order 1000 is currently applied in some regions, the transmission owners are made to be competitors, which, again, stymies that process. No business is going to bring its best ideas to a forum where it risks having them appropriated. These competitive processes have also introduced waste by increased litigation and exhausting considerable resources by forcing us to study numerous speculative processes.

I think everybody has recognized the need to expand the system to facilitate the grid for the future. We’re not opposed categorically to Order 1000 competition. We’ve suggested employing competitive processes where they have the highest likelihood of yielding value to customers. Specifically, we have suggested retaining competition for large, interregional opportunities where a greenfield project is needed.

FERC is looking at ways to reform the transmission planning process. How much of a difference do you think regulatory changes could make for utilities that are trying to bolster the grid?

I’m encouraged by it. The more voices we can add to this discussion, and FERC being a significant voice in that, increases the likelihood that we can have a uniform approach to getting these things done. But I’d like for it to be a collaborative process moving forward. It has to be industry and FERC; it just can’t be one.

How should consumers be protected from rising costs stemming from transmission investments, and what’s needed to make sure they benefit from the proliferation of low-cost energy coming online?

Affordability is always a key driver for what we’re focused on for our customers. When we first announced the split in February, our guiding principal to all of our regulators and all of our jurisdiction was that as a result of this split, customers we serve would not see an increase in costs.

As you look at the costs, they are going down based on the technologies, but it’s going to be a challenge. But I’d also offer that we need to look at a total energy cost for our customers. Imagine you have an EV and live in the District of Columbia. Your electric bill may go up [from charging], but your total energy costs go down. And that’s a different way for our customers in the future to think about energy use and consumption. We can no longer focus on electricity costs, we’ve got to focus on the total energy portfolio. As we move people toward electrification, they’re getting away from another source and that’s saving them money.

Tell me about the decision to split Exelon off from Constellation to exclusively focus on transmission and distribution. What was the impetus for that?

We’ve been thinking and working on this since 2017. We recognized the need and also the transition to get here. It was no easy task, but today we officially launched off as what I consider the premier transmission and distribution company in the U.S., serving the most customers, slightly over 10 million, across some of the most diverse jurisdictions in the country.

Two years into this pandemic, what’s kept you sane?

Thanks for the question, I haven’t been asked that. I’ve really connected with my team in a different way, because as a leader of people you have to. You’re on Teams calls or Zoom calls almost 12 or 14 hours a day. What it’s forced me as a leader to do is lead with more empathy, because we’re all going through something. My employees have invited me to their homes, and to have that conversation, meet their spouses, significant others and partners in this way, it’s been interesting, yet it’s allowed me to get to know my team members in different ways. That in itself has been refreshing.

It’s allowed me to also reconnect with the family. I have two adult kids. What’s been very interesting about the process is I got to know them as adults because they were home. And to get to know your children as adults, it’s like, I realized I like them. It was very nice.

The interview was edited and condensed for clarity.