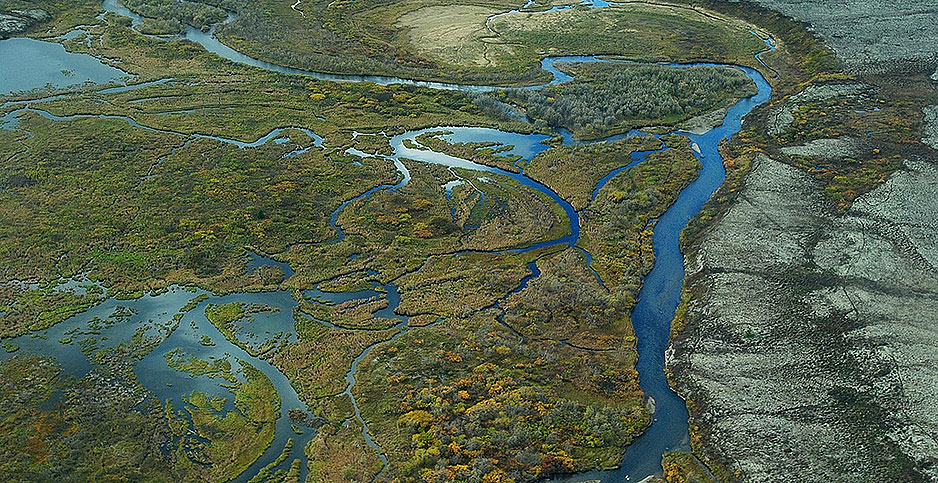 The Trump administration is breaking with its predecessors in relying on a 2006 Supreme Court opinion from the late Justice Antonin Scalia in order to severely restrict the number of wetlands and waterways that are protected by the Clean Water Act. EPA/Flickr

The Trump administration has broken away from its predecessors by using a 2006 opinion from the late Supreme Court Justice Antonin Scalia in a famously muddled wetlands case in a bid to limit Clean Water Act protection of isolated wetlands and waterways.

The George W. Bush and Obama administrations based their definitions of "waters of the United States," or WOTUS, that get federal protection on the opinion of former Justice Anthony Kennedy in the same 2006 case, Rapanos v. United States.

In rolling out the Trump rule proposal Tuesday, acting EPA Administrator Andrew Wheeler said his agency and its regulatory partner, the Army Corps of Engineers, are "clearly defining the differences between federally protected wetlands and state-protected wetlands."

"Inspired by Justice Scalia’s Rapanos opinion, our proposal adheres to the statutory limits of our authority," he said.

But legal experts say jettisoning Kennedy for Scalia could be a risky strategy if the Trump administration doesn’t do more to explain its approach.

"You wouldn’t know it reading this proposal, but it’s a complete reversal from what they’ve said in the past, and that’s a problem," said William Buzbee, a law professor at Georgetown University. "Under the Administrative Procedure Act, they have to clearly say, ‘Here is what we used to do, and here is why we don’t want to do it anymore.’"

The Supreme Court split 4-1-4 on Rapanos, a case brought by a Michigan landowner who was blocked from developing a property that had been designated a wetland. Writing for the four conservative justices, Scalia said only waterways and wetlands with "relatively permanent" surface water connections to larger waterways should be regulated under the Clean Water Act.

But Kennedy — then the court’s swing vote — drew up his own regulatory test, arguing that streams and wetlands should be protected if they have chemical, biological or hydrological connections to waterways. That test — which he called a "significant nexus" — became the defining characteristic of his opinion.

But the Trump WOTUS proposal doesn’t confront the issue head-on or explain why the "significant nexus" test is wrong.

"This is a huge problem for them," said Mark Ryan, an attorney who spent 24 years at EPA as a Clean Water Act litigator.

The administration does cite Kennedy’s Rapanos opinion multiple times to bolster the justifications for including fewer waterways and wetlands in the Clean Water Act. But those citations don’t include any mention of Kennedy’s "significant nexus" test.

For example, in determining to erase protections for streams that only flow after rain or snow — roughly 18 percent of waterways in the nation — the administration quotes Kennedy. He wrote that "mere hydrologic connection should not suffice in all cases."

EPA and the Army Corps go on to explain that, for a stream to be considered a regulated waterway, it would have to be a "geographical feature" — a phrase drawn from Scalia’s opinion.

But Kennedy actually wrote that a hydrologic connection alone might not be enough to determine jurisdiction because it "may be too insubstantial for the hydrologic linkage to establish the required nexus" — referencing his own "significant nexus" test.

"To say, ‘We’ve considered Kennedy because x, y, z, but ignore the ‘significant nexus’ test, is to ignore Kennedy," Ryan said. "It’s a very weak legal argument that they are hanging their hat on."

"They are trying to say they captured the essence of Kennedy without using significant nexus, and I’m not sure they can do that," he said.

Indeed, Kennedy’s opinion explicitly rejected the idea of basing federal jurisdiction on the presence of a continuous flow of water — as both Scalia and the Trump administration do.

The requirement, he wrote, "makes little practical sense in a statute concerned with downstream water quality."

Under that approach, "The merest trickle, if continuous, would count as a ‘water’ subject to federal regulation, while torrents thundering at irregular intervals through otherwise dry channels would not," Kennedy wrote.

The Trump proposal cites that Kennedy argument, but responds only, "The agencies believe regardless of flow volume, such bodies are ‘waters’ in the ordinary sense of the term."

"Just quoting a lot of Supreme Court language doesn’t make it legally adequate," he said. "They have to explain why they don’t agree."

‘The science is a big deal’

Liebesman notes that four federal courts of appeals have rejected the notion that the Scalia opinion is the controlling opinion, and no court — appellate or district — has concluded otherwise.

Rapanos, he said, was about the limits of federal authority.

The lower courts that said Kennedy’s opinion was controlling were ruling on civil or criminal prosecutions of wetlands violations where the defendants tried to argue that the government had overstepped its authority by relying on Kennedy.

While Kennedy’s "significant nexus" might describe the outermost limit of federal authority, he said, nothing requires the government to regulate up to that limit. Choosing to instead rely on Scalia, he said, is perfectly legitimate, regardless of the lower court decisions.

"Even in the decisions themselves, they are talking about why the regulation at the time was failed," Adler said. "They weren’t saying, ‘This is the definition you must use.’"

But, he cautioned, agencies will still have to detail why they are changing course from the Obama and Bush administrations for each type of wetland and stream they are knocking out of federal jurisdiction..

"At some point, they are going to have to explain why they are choosing the course they have chosen, and why they haven’t chosen the significant nexus test," he said.

That doesn’t have to happen in a proposed rule, he said, but it would have to be included in a final regulation if it is going to stand up to legal challenges.

Buzbee agreed but took it a step further.

He argued that the Trump administration is breaking from the previous administrations not just in picking Scalia over Kennedy but also in deciding that the question of which wetlands and waterways should be protected is a "matter of law."

"The agencies have said that science matters in this question back to the 1970s," he said.

More recently, the Obama administration assembled a "connectivity report," a document of more than 300 pages to help decide how to apply Kennedy’s "significant nexus" test. The report was peer-reviewed and also reviewed by EPA’s Science Advisory Board.

While the report wasn’t a policy document, the agencies did cite it multiple times throughout the 2015 Clean Water Rule to justify regulating wetlands that might not seem geographically close to larger waterways but that significantly contributed to downstream water quality.

But the agencies don’t explain why they are not including farther-away wetlands and waterways that the report found important connections to, other than to say it is a legal question.

"The line between Federal and State waters is a legal distinction, not a scientific one, that reflects the overall framework and construct of the Clean Water Act," the proposal says.

"The science is a big deal, and they have completely sidestepped it," he said. "They basically say it is irrelevant under Scalia and we are going with Scalia."