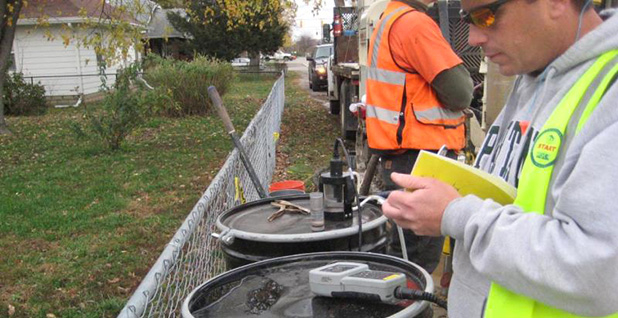 A decision by a three-judge panel last week removing an Indiana site from a list of the nation’s most contaminated areas was an uncommon defeat for EPA in a court that’s usually deferential to its decisions.

The U.S. Court of Appeals for the District of Columbia Circuit panel ruled Friday that the agency failed to adequately support a finding that two aquifers beneath the site were interconnected when it added the site to the Superfund National Priorities List.

EPA rarely even faces lawsuits challenging its decisions to add sites to the Superfund list. And when it does, the agency usually wins.

Out of about two dozen lawsuits EPA has faced over its NPL listing decisions over the past 30 years, the agency’s losses can be counted on one hand.

"There have been maybe a handful of challenges that have been successful. This is certainly not common or typical," said Steve Gold, an environmental law professor at Rutgers University who focuses on hazardous substance regulation and cleanup.

To determine whether to add areas to the Superfund cleanup list, EPA uses a Hazard Ranking System first adopted in 1982 to come up with a site score based on a number of parameters, including the tract’s potential to release hazardous substances into the environment. The threshold for listing is an HRS score of 28.5.

Once a site is on the list, it becomes eligible for federal cleanup cash. There are currently 1,347 sites on the list, the majority of them privately owned.

Under the Comprehensive Environmental Response, Compensation and Liability Act (CERCLA), challenges to listing decisions are routed directly to the D.C. Circuit.

In the past, lawsuits over NPL listings have sprung up over concern that a listing triggers an expensive cleanup process. Site owners also worry about the stigma associated with being added to the list.

At oral arguments earlier this year, Senior Judge Douglas Ginsburg, a Reagan appointee, compared a listing on the Superfund list to a "roach motel," in which a company gets caught up in the system and doesn’t come out.

Cases, though, are typically brought under the Administrative Procedure Act, since CERCLA doesn’t specify a standard of review. In APA cases, the D.C. Circuit typically defers to federal agency expertise on technical matters.

"EPA has to work pretty hard to lose these cases," Seth Jaffe, an attorney at Foley Hoag LLP who has worked on Superfund cases, wrote in a blog post this week.

Most lawsuits over NPL listing decisions occurred in the 1980s and ’90s, according to a review of past D.C. Circuit Superfund cases. EPA prevailed in court throughout the 1980s, but from 1991 to 1993, judges sided with challengers five times, according to an article published around that time by Indiana University’s Maurer School of Law analyzing D.C. Circuit Superfund activity. The court tossed out listing decisions because EPA didn’t adequately explain itself and didn’t follow agency guidance.

In the early days of the Superfund program, "EPA was a little bit less careful about dotting its i’s and crossing its t’s," said Craig Johnston, a hazardous waste law expert at Lewis & Clark Law School in Portland, Ore., and a former EPA assistant regional counsel.

"It got its hand slapped about four or five times by the D.C. Circuit, and I think it got a lot more careful," Johnston said.

Indeed, until last week’s decision, EPA appears to have not lost a case since the 1990s. In fact, few challenges to NPL decisions have even been filed in the last two decades.

"I think the [Potentially Responsible Party] community and the cities and states that might be concerned about listing sites have gotten a lot more reticent about even filing challenges, because I think they’ve come to understand … that the standard is quite deferential, and unless EPA makes a pretty glaring omission or failure, that the D.C. Circuit is very likely to approve these listing decisions," Johnston said.

As rare as Superfund listing lawsuits are, the D.C. Circuit heard two challenges to NPL decisions this year. Both stemmed from a September 2016 rule in which EPA added 10 sites to the list.

In the first, the court upheld EPA’s decision to add Colorado’s Bonita Peak Mining District — which includes the Gold King abandoned mine, which ruptured in 2015 — to the list. The court issued a short, three-page opinion just two weeks after February oral arguments rejecting Sunnyside Gold Corp.’s arguments that EPA failed to evaluate all the sources of pollution within the mining district.

But the same panel of the court last week vacated the part of the 2016 rule that dealt with the West Vermont Drinking Water Contamination site in Marion County, Ind. The site was formerly home to a dry cleaner that discharged wastewater containing perchloroethylene into a leaky sewer system, as well as a carburetor and brake remanufacturing facility.

The court found EPA didn’t adequately address three diagrams that "appear to contradict the agency’s position" that two aquifers beneath the site are interconnected. The current site owners had argued during the listing process that the diagrams showed there was a "confining layer" of clay or till that prevented contamination from reaching water supplies.

"Because EPA ‘entirely failed to consider an important aspect of the problem’ by failing to address evidence that runs counter to the agency’s decision," Senior Judge Harry Edwards wrote for the court on Friday, "we must hold that the listing of the site is arbitrary and capricious."

Edwards, a Carter appointee, heard the case with Ginsburg and Judge Karen LeCraft Henderson, who was appointed by President George H.W. Bush (Greenwire, May 18).

Gold of Rutgers University, who is a former Justice Department environmental lawyer, said the panel looked at the case with an "unusually skeptical" eye.

He called the decision surprising, given that EPA had done soil borings that showed the two aquifers at the site were connected geologically.

"Suppose that the goal is to prove that all bunnies are white. And the way you prove this is you trap bunnies, and you keep trapping bunnies over and over and over again. And so you infer all the bunnies in this neighborhood are white," Gold said. "Well, that hypothesis is conclusively disproven the minute you find a brown one."

"EPA is in effect saying, yes, these reference works show a thin continuous layer separating these aquifers, but we found wells where these aquifers are in contact with each other," Gold said.

The D.C. Circuit decision will likely not change anything about how EPA approaches Superfund listings or affect potential future lawsuits, Johnston said.

Cases are "oftentimes very fact-dependent on exactly the relationship between aquifers and exactly what conclusions EPA has drawn about what the threats are," he said. "So oftentimes, there isn’t a whole lot of precedential value in a particular decision."

Jaffe, however, wrote that the case offered a few lessons for both EPA and potential litigants.

"Lesson for EPA? Don’t ignore comments in the record — and don’t count on your lawyers to fill in the gaps," he wrote.

"Lesson for potential petitioners? Make sure that the record looks as good as possible — and focus like a laser beam on EPA failures to respond to your evidence."