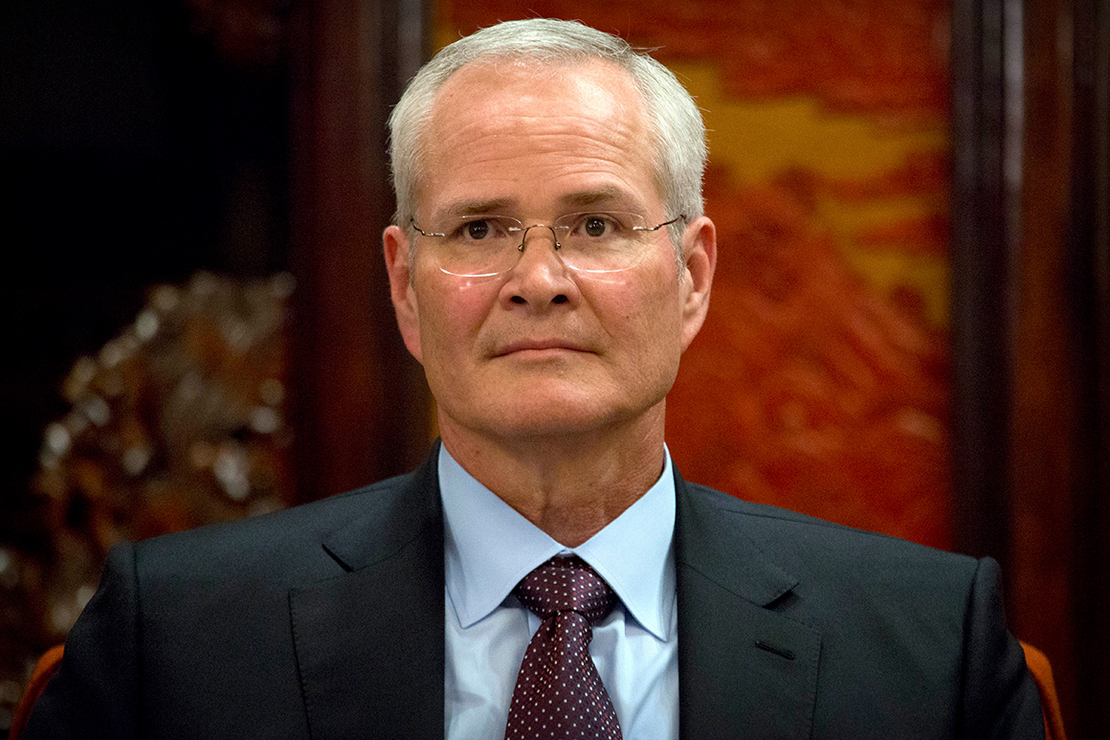 The head of Exxon Mobil Corp. said emerging technologies that suck carbon from the atmosphere are “the holy grail” society needs to address climate change.

Darren Woods, the oil major’s media-shy chairman and CEO, spoke about the enormous potential for direct air capture innovations during a series of interviews with CNBC for an Exxon documentary that the cable network aired last week .

His comments stand to increase skepticism among environmentalists about direct air capture and other technologies that they say could slow the transition away from fossil fuels, the top driver of rising temperatures.

“That, to my mind, is the holy grail,” Woods said of direct air capture. “If you can overcome some of those technology hurdles, get your costs down, you’ve got technology then that can address this in a very cost-efficient way.”

Direct air capture installations use a series of fans, filters and pipes to remove carbon dioxide from the atmosphere, condense the gas into a liquid and inject it permanently underground. But the largest existing facility can only remove 4,000 metric tons of carbon per year, less than 1 percent of the annual emissions of a single coal-fired power plant (Climatewire, Sept. 7, 2021).

Nevertheless, climate scientists believe the world needs to significantly expand its carbon removal capacity to have a shot at avoiding the collapse of coral reef ecosystems, widespread extreme heat waves and other impacts associated with warming of more than 1.5 degrees Celsius above preindustrial levels. The amount of carbon removal that will be required depends on how quickly companies and governments can slash emissions from oil and gas and other sources (Climatewire, Dec. 17, 2021).

Exxon continues to pour money into expanding its oil and gas production while also investing in direct air capture and other emissions-cutting technologies.

“The real challenge here, I think, is pacing that spending in line with the markets and the policies and, frankly, the technology as it develops,” Woods said of Exxon’s investments in the energy transition. His goal, he told CNBC, is to “make sure that we’re not getting too far in front of it and we’re not falling too far behind it.”

Since 2019, Exxon has been working with Global Thermostat, a direct air capture startup. Co-founder Graciela Chichilnisky stepped down as CEO earlier this year, and no successor has been named since then (Climatewire, Jan. 31).

A Global Thermostat spokesperson said the company is working with an executive search firm and aims to find the right leader before the end of 2022.

Despite that extended leadership vacuum, the company announced last month that it had renewed and extended its joint research agreement with Exxon.

“Our continued collaboration with Global Thermostat is based on continued technical progress demonstrating that this technology can provide an effective, scalable, low-cost pathway to carbon removal,” said Vijay Swarup, Exxon’s director of technology, in the announcement.

Environmentalists from communities of color have long raised concerns about “technofixes” that seek to control emissions rather than reduce oil and gas production. For instance, the White House’s environmental justice advisory council last year said direct air capture facilities were among the types of projects that “will not benefit” their communities, which are often disproportionately affected by industrial pollution (Energywire, May 17, 2021).

Exxon didn’t respond to questions about the environmental justice objections to direct air capture facilities. But in an email sent after this story was published, the oil major noted that it’s also backing technologies that seek to cut carbon emissions from oil and gas use.

“We are investing in point-source emissions reduction carbon capture, which is more economic today, and it can help society address emissions from vital sectors of the economy” such as industrial manufacturing and power generation, wrote spokesperson Casey Norton. “We are also investing in hydrogen projects, like at our Baytown facility, where we can use hydrogen production with carbon capture and storage to reduce emissions from chemicals production and provide hydrogen to heavy trucking operations.”