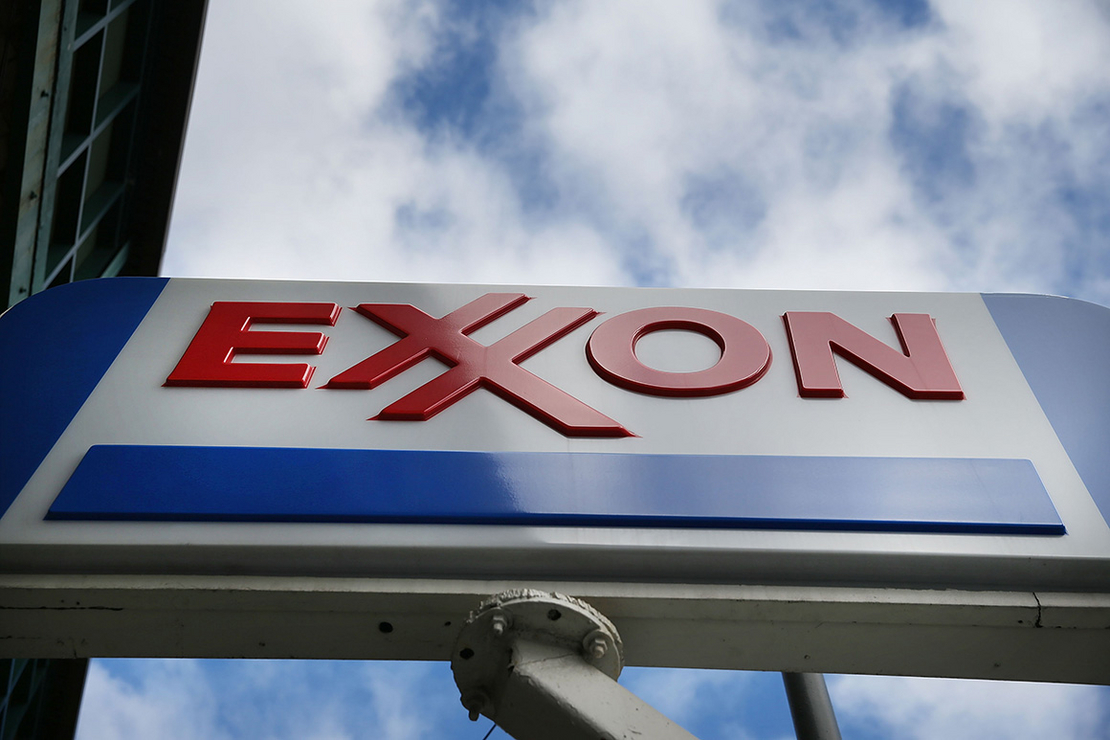 A sign for an Exxon Mobil Corp. gasoline station is pictured in Brooklyn. Spencer Platt/Getty Images

Climate activists won shareholder proposals at the two largest U.S. oil and gas companies yesterday, although they fell short in their attempt to force the companies to reduce their emissions.

Shareholders at Exxon Mobil Corp., the biggest U.S. oil company, voted 52 to 48 percent in favor of a proposal to examine the company’s long-term assumptions about prices and other business criteria, in light of the need to cut climate-warming emissions.

At Chevron Corp., the owners of 98 percent of the stock approved a resolution to report on the reliability of the company’s measurements of methane, a key heat-trapping gas.

The annual meetings, which allow shareholders to help set the companies’ long-term goals, have become a flashpoint in the broader struggle to force oil companies to change their climate-related strategies. In recent years, activist investors have forced a series of changes at oil companies, including a vote last year that replaced three of Exxon’s directors (Energywire, May 27, 2021).

Activists have kept up the pressure this year, mounting protests that delayed Shell PLC’s annual meeting in London this week. A report from the nonprofit group Oil Change International said the companies’ emissions goals are “grossly insufficient” to meet the goals of the Paris Agreement, which aims to prevent the worst effects of climate change.

The proposal Exxon’s shareholders approved yesterday requires the company to essentially stress test its long-term assumptions about oil and gas prices and the value of its assets, comparing them to the emissions cuts that the International Energy Agency says are necessary to achieve net-zero emissions by 2050.

The request was backed by a network of investors who oversee more than $100 trillion in combined assets, said John Geissinger, the chief investment officer of Christian Brothers Investment Services, which sponsored the proposal. The U.S. Securities and Exchange Commission is considering making similar reports mandatory at publicly traded companies (Climatewire, April 7).

“While preventing extreme climate change is undeniably difficult, it is essential to the continued flourishing of the capital markets and the global economy to quantify these risks,” Geissinger said in a recorded statement that was played at the meeting.

The Chevron resolution calls on the company to summarize its methane-detection efforts and inform investors if the measurements vary from the company’s published estimates of its emissions. Chevron’s board of directors supported the proposal.

Shareholders at Exxon and Chevron rejected the idea yesterday, but it garnered 28 percent of the vote at Exxon and 33 percent at Chevron. That still shows there’s widening support for climate action at the oil companies, said Mark van Baal, Follow This’ founder.

“The votes signal investors impatience with Big Oil’s refusal to curb emissions by 2030,” van Baal wrote in an email. “One third is a shareholder rebellion.”