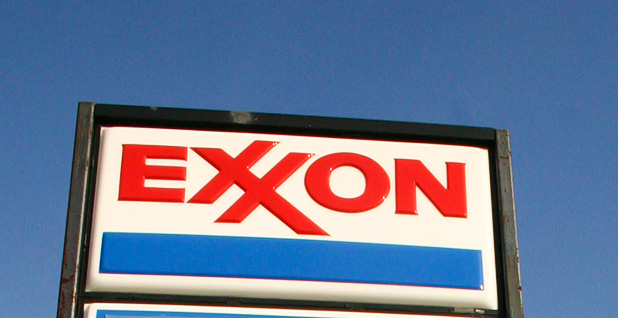 The biggest U.S. oil producers reported historic losses last week and predicted that it could take months to recover as the coronavirus pandemic continues to sweep through the world’s economy.

Exxon Mobil Corp.’s $610 million haircut was its first quarterly loss since at least 1988, a decade before the merger that made it the biggest oil company in the country. ConocoPhillips also lost $1.7 billion in the first three months of the year. Chevron Corp., the second-largest producer, reported a $3.6 billion net profit partly because of improved finances at its refineries but warned it would be cutting production in the Permian Basin.

The companies’ comments during calls with stock analysts cemented a consensus that the pandemic will have a longer-term impact on the oil industry than previously expected.

"We’ve never seen anything like what the world is experiencing today," Exxon CEO Darren Woods said.

The results came after their European peers, including BP PLC and Royal Dutch Shell PLC, also reported a bleak quarter. Shell cut its shareholder dividend for the first time in decades (Energywire, May 1).

"These numbers confirm the strain the oil and gas industry is under," said Ella Benson Easton, an analyst at the consulting firm GlobalData. "The real difficulty for the industry is gaining a degree of stability, particularly given the uncertainty around the full impact of the pandemic on things such as customer behavior and investment priorities."

Together, the three American companies have already announced billions of dollars in spending cuts, and they plan to slow down their oil production starting this month.

The biggest impact is likely to be in the Permian Basin, where the majors have invested heavily for the last few years. Chevron plans to curtail its Permian production by 125,000 barrels a day, and Exxon will shut down 75% of its drilling rigs in the basin by the end of the year.

ConocoPhillips plans to go even further, cutting production 460,000 barrels a day by June across Alaska, the rest of the United States and Canada.

The ripples are spreading across the rest of the industry. The number of rigs drilling for oil onshore in the U.S. fell to 325 on Friday from 378 the week before, according to Baker Hughes Co. The rig count has fallen by more than half since March 13.

The pandemic forced governments around the world to impose quarantines and other restrictions, which knocked as much as 30 million barrels a day off oil consumption and sent prices falling. West Texas Intermediate crude, the U.S. benchmark, was selling for more than $60 a barrel at the beginning of the year but has stayed below $20 a barrel since the middle of April.

OPEC reached a deal last month to cut production by 9.7 million barrels a day, but analysts have said it won’t be enough to offset the drop in demand.

The Big Oil companies expect the impact to last through the end of the year.

"It feels like we’re finding the bottom right now," Chevron CEO Mike Wirth said. "And then the path up out of this is likely to be different in different regions of the world as it ties to the health status in those parts of the world. But I think this quarter and perhaps next quarter feel like we’re about, you know, as I said, bumping along the bottom and going to begin to emerge out of it, at some point over that time."

Conoco’s Chief Operating Officer Matt Fox said his company doesn’t plan to complete any wells in its top three oil fields for the next eight months, although he’s confident the company can snap back.

"Any loss in productive capacity, we can recover very quickly," he said. "So this is a sort of transient thing that we can manage through."

Exxon’s Woods said the imbalance between oil demand and production would level out by the end of the third quarter in June, but that prices would remain low because of the huge amount of oil that’s been placed in storage around the world.

And oil consumption will likely stay low during the fourth quarter of the year because of the continuing economic impact of the pandemic.

"It takes time to restart businesses and for consumers’ confidence to grow," Woods said. "It’s going to be a very challenging summer with a pretty sloppy market as we move into the back half of the year."