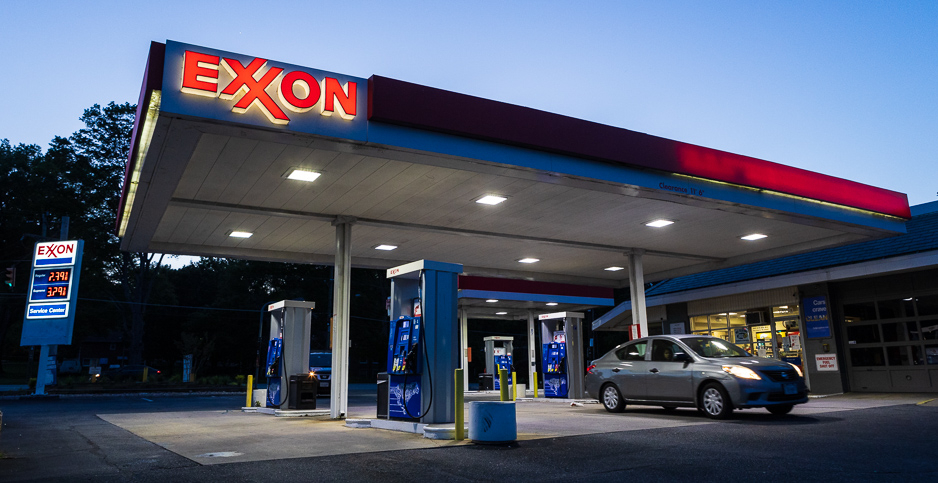 Exxon Mobil Corp. for the first time yesterday shared Scope 3 emissions data that sheds light on the carbon footprint of customers' use of its oil and gas products. Francis Chung/E&E News

Exxon Mobil Corp. yesterday revealed for the first time the amount of greenhouse gases that are released by using its products.

The company estimated that it was responsible for the equivalent of 570 million metric tons of so-called Scope 3 emissions in 2019. That’s roughly as much as Saudi Arabia’s total annual carbon dioxide emissions, according to the U.S. Energy Information Administration.

The move comes as Exxon faces growing pressure from investors to disclose its impact on the climate. Emissions from drilling oil have previously been public, but the greenhouse gases released when using its products have long been a blind spot. They account for the vast majority of emissions.

"Ultimately, changes in society’s energy use coupled with the development and deployment of affordable lower-emission technologies will be required to drive meaningful Scope 3 emissions reductions," Exxon said in its annual Energy & Carbon Summary.

Exxon, the biggest U.S. oil producer, has historically resisted disclosing that information, saying it preferred to focus on emissions from its own operations.

Several activist investor groups have been pushing Exxon to disclose more about its emissions and commit to making long-term cuts.

"If Exxon were serious about listening to stakeholders, they would announce a ramp down of fossil fuel production in line with what the climate science demands, and use their scope 3 emission reporting to help stakeholders gauge progress in meeting that goal."

Danielle Fugere, president and chief counsel at the investor group As You Sow, said it’s a positive sign that Exxon has disclosed its Scope 3 emissions. But she said it’s concerning that the company hasn’t committed to reducing them.

"The company can’t sit around and wait for demand to decline. The company is making decisions about what products it’s producing, what kind of energy company is it going to be," Fugere said yesterday. "If they produce products that are increasingly not used by society and they haven’t developed plans to meet changing demand, then that is a problem for the company."

A newly formed investment fund, Engine No. 1, is pushing the company to invest more in alternative energy and change its assumptions about long-term oil prices to avoid being stuck with oil fields it can’t produce.

The fund has previously said Exxon needs to move beyond disclosing its emissions, and it is trying to recruit other large investors (Energywire, Dec. 8, 2020).

The oil industry has begun to change as governments and investors focus on preventing potentially catastrophic climate change. At least eight companies, including supermajors like BP PLC and Royal Dutch Shell PLC, have announced plans to cut their emissions since 2019.

Exxon, however, plans to increase its oil production by the equivalent of 1 million barrels a day in the next five years, potentially increasing its carbon dioxide emissions by a similar amount.

The company has committed to reducing the intensity of its Scope 1 and Scope 2 emissions — the pollution caused by its operations and by the third-party power it purchases — but not the overall amount of its emissions.