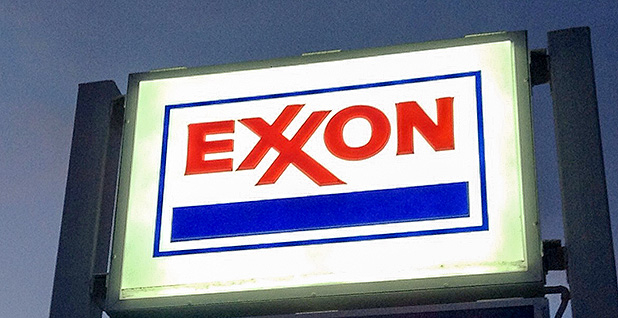 Exxon Mobil Corp. has called for a price on carbon and has long factored some form of a shadow carbon price into its manufacturing and exploration costs. But experts say that doesn't tell the whole story of the oil giant's position on climate change. Photo by Mike Mozart, courtesy of Flickr.

Speaking to shareholders at Exxon Mobil Corp.’s annual meeting in May at the Dallas symphony hall, CEO Rex Tillerson touted the oil giant’s plans for the future costs of climate change.

Exxon, he said, runs rigorous internal carbon-pricing tests — a "proxy cost of carbon" — to assess how carbon regulation does and could affect the economic viability of a project.

But asked by E&E News that day how the internal carbon tax policy works and if Exxon had ever canceled a project because of it, Tillerson sidestepped the questions and said simply that climate change is a financial risk.

Analysts say such vagueness has long been the hallmark of the man who now stands to become the next secretary of State and lead America’s climate diplomacy. While Tillerson has been far more receptive on the issue of climate change than his predecessor at Exxon, experts say it remains difficult to understand how the company uses proxy carbon tests or its stances on carbon taxes.

"They’re very cagey on it," Andrew Logan, director of Ceres’ oil and gas industry program, said of Exxon’s internal carbon price. Firms don’t like to talk about the "secret sauce" of their internal carbon tests, he said.

If the Senate confirms President-elect Donald Trump’s choice, Tillerson will become the first oil executive to run the State Department. Some climate activists have pointed optimistically to statements from Tillerson that warming is a serious issue that must be addressed. Others call the fact that the oil mogul is the most climate-friendly of Trump’s picks so far worrisome.

Under attack by environmental groups and under investigation by two attorneys general inquiring whether the oil company lied to the public and investors over the risks of climate change, Exxon in recent years has ramped up its public concern about warming. That has included support for a carbon tax.

Exxon, along with its competitors Chevron Corp., ConocoPhillips Co., Royal Dutch Shell PLC and BP PLC, as well as firms outside the oil and gas sector, has for some years now used an internal carbon price to figure out how to reduce the company’s own emissions. Most firms run similar internal carbon cost simulations.

Typically, according to Logan, oil and gas companies apply the shadow carbon tax to the operations directly associated with the project at hand — that is, the emissions from all the steps that went into the given task.

Logan estimated that the downstream emissions — what is released to get oil or gas to market and then consume it, for example — are 10 to 15 times larger than what goes into the completion of a project.

Still, many companies with these stress tests provide vague and minimal information about how they work.

"To my mind, none of them have ever really given a compelling reason as to why they’re so secretive about it," Logan said.

"No one has ever been able to articulate an example where it actually changed the go/no-go decision" of a project, he said.

In response to questions about how Exxon’s internal pricing system functions, company spokesman Scott Silvestri said the company has used a "proxy price on carbon" in its plans since 2007.

"The proxy cost seeks to reflect all types of actions and policies that governments may take relating to the exploration, development, production, transportation or use of carbon-based fuels," he said in an emailed statement.

In comments to stockholders this spring, the company said it estimates a carbon price, which "in some geographies may approach $80 per ton by 2040."

To Bill Bray, who worked at Exxon and subsidiaries from 1981 to 2014 as naval architect, engineer and manager, that figure is the company’s best estimate of what will happen.

"I think that the $80 is sort of what they view as necessary to get carbon capture and storage in place," Bray said in an interview.

If a carbon tax reached that threshold in any serious way, "you’ve totally changed the environmental question for using fossil fuels," said Bray, who lives in Houston and now advocates for a carbon-fee-and-dividend policy as a member of the Citizens’ Climate Lobby.

"The internal carbon pricing is sort of viewed as good business," Bray said. Companies like Exxon, he explained, believe that a global climate price is on the horizon, so incorporating such a tax into the system now is smart planning.

After Tillerson became CEO in 2006, Bray added, "I think within three years, the corporate position was ‘We needed a revenue-neutral carbon tax.’"

Charles Komanoff, director of the Carbon Tax Center, is skeptical about Exxon’s positions on carbon taxes, internal or otherwise.

A societal carbon tax would be far more influential than a carbon tax Exxon charges itself, he said.

Recalling a meeting he attended in Washington, D.C., in 2009, Komanoff said in a recent blog post that Exxon officials had mentioned a $20-per-ton tax but were light on details.

After Trump announced his intention to nominate Tillerson, Komanoff went back to try to find out the specific price of that Exxon-supported tax.

"I couldn’t find anything, which in some sense is proof of how little credence we, the world, should give to Exxon’s pronouncements on this," he said.

Logan, too, thinks the world of internal carbon pricing is confusing and opaque, adding that companies have rarely if ever explained how carbon taxes could be a positive to the renewable energy or less carbon-intensive divisions.

"People have taken it more at face value than it deserves to be taken," he said. "It’s a bit of Wild West situation."