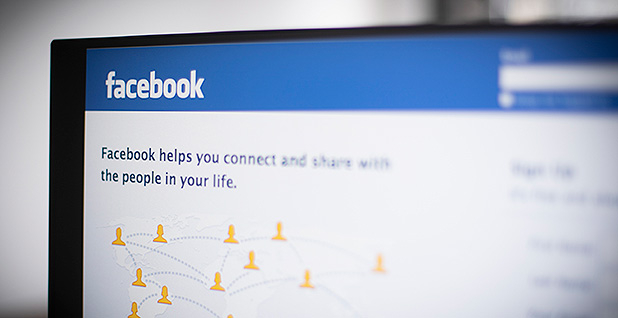 Facebook’s newest fact-checking partner is connected to an enterprise that was founded by a conservative Fox News host and that routinely promotes climate doubt.

In particular, The Daily Caller has mastered a form of partial truth-telling that isn’t technically wrong but doesn’t give the full picture, either, she said.

"You can really mislead people without outright lying, and in a way that’s more dangerous," she said. "You can’t prove it false; you can’t say what they’ve said is inaccurate, that it’s a lie; you can’t say any of that. Then somebody would have to say it’s true — well, it’s not true because it’s not the whole truth."

Check Your Fact is one of just six organizations that Facebook currently lists as fact-checkers in the United States. The others include Pulitzer Prize winners such as the Associated Press and PolitiFact. All of the fact-checkers have passed an assessment test implemented by the Poynter Institute’s International Fact-Checking Network.

"We don’t have an editorial stance on climate change, or any other topic for that matter," he wrote in response to questions. "We’re fact checkers, and we take our credibility seriously. Look through any of the articles Check Your Fact has published over the last two years, and you’ll quickly see that. We’re fair and always give the reader a complete picture."

In March, Check Your Fact gave credence to Senate Majority Leader Mitch McConnell’s claims that the Green New Deal would cost more than every dollar the federal government has spent in its history. The Kentucky Republican and Check Your Fact relied on a single study, produced by a conservative think tank, the American Action Forum.

The Daily Caller, for its part, has a long history of giving its readers the impression that climate science is largely a political fight, rather than a rigorous scientific inquiry. It regularly attacks mainstream news outlets for their reporting on climate science, instead amplifying conservative think tanks and skeptical Republicans and the small number of skeptical climate scientists with legitimate academic credentials. Its climate reporting focuses on doubt and highlights data that suggests climate concerns from the world’s leading science agencies and organizations are incorrect.

The Daily Caller‘s reporting on the national assessment focused on climate skeptics who have been critical of the larger field of climate science for years.

One frequent target of The Daily Caller‘s reporting is Penn State University climate scientist Michael Mann. He said he was disturbed to hear that Facebook is giving the outlet a much broader platform on which to attack climate science.

"It is truly disturbing to hear that Facebook, already known to be a dubious organization with an ethically challenged CEO, is partnering with ‘Daily Caller,’ which is essentially a climate change-denying Koch Brothers front group masquerading as a media outlet," he said. "If they fail to cease and desist in outsourcing their ‘fact-checking’ to this bad faith, agenda-driven outlet, they will face serious repercussions."