‘Fact has become a political issue’ 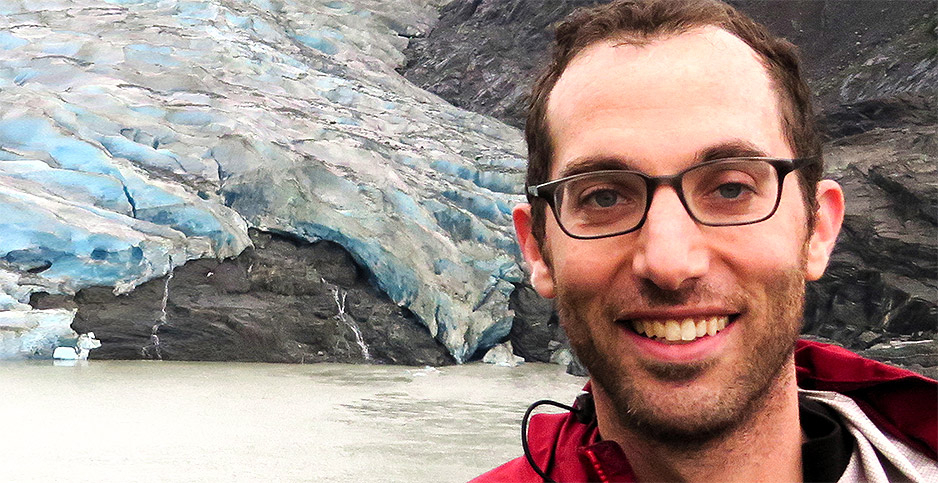 Robert Kopp, a climate scientist at Rutgers University, was a lead author on the first volume of the National Climate Assessment, a dire report President Trump has questioned in recent days. Kopp is joining other authors and scientists in defending their work and the warnings and findings it contained. Kopp/Rutgers University

Climate scientist Robert Kopp’s phone has been ringing off the hook this week.

A professor at Rutgers University who studies rising seas and other effects of global climate change, Kopp has been fielding interview requests to defend the latest volume of the National Climate Assessment, a federal 1,700-page climate report President Trump has publicly dismissed.

"It’s really unfortunate fact has become a political issue," Kopp said during an interview this week. "What attacking the National Climate Assessment does is really undermine, particularly for places that don’t have as many resources, what should be a reliable, trustworthy fact."

Kopp, who directs Rutgers’ Institute of Earth, Ocean and Atmospheric Sciences, was a lead author of the first volume of the National Climate Assessment, released last year. He focused on the section on sea-level rise and potential surprises.

This week, the 37-year-old Maryland native has been fielding calls about the second volume of the report, which the Trump administration quietly released last week on Black Friday. The congressionally mandated study found that the lives and safety of Americans are already being hurt by climate change, and consumption of fossil fuels will increase the risks in the coming decades. Authors also warned that the United States could face hundreds of billions of dollars in economic losses each year if the nation doesn’t move to adapt.

Kopp said the administration’s efforts to bury the document — a massive collaboration scrutinized by hundreds of authors that underwent an extensive review from the National Academy of Sciences — undermine top policymakers’ abilities to make good decisions.

"That’s the kind of rigorous, science-based process you want to have available to inform decisions," he said.

Kopp, the son of a longtime federal attorney and a Maryland politician — his mother is Maryland State Treasurer Nancy Kopp — has consistently veered toward the world of science in his career. Having served as an expert across the nation on sea-level rise, he also serves as one of the directors of the Climate Impact Lab and has contributed to other major climate reports.

In between interviews and meetings this week, he spoke to E&E News about harassment, climate doubt and life on Mars:

What’s the significance of the National Climate Assessment?

This report shouldn’t surprise anyone who’s following the climate literature. The basic messages that have come out of volume one and volume two and a whole lot of assessments — and they’re pretty stable — are that climate change is real, it’s caused by humans, it’s happening now, it’s starting to have fairly significant impacts we can identify.

That message isn’t a new one, but what this report brings is a whole lot of detail.

What this report really is, in its real value, is a process, a multigenerational process of managing climate risk that requires sustained interactions, sustained feedback between scientific research and decisionmakers at all levels, from local to national and global, public and private, so that decisionmakers have a trustworthy scientific basis on which to inform their decisions and so scientists are sure we’re asking the most useful questions.

Trump officials have criticized the National Climate Assessment’s authors for focus on the "worst-case scenario." How do you respond?

When you think about how this is used, if you’re trying to adapt to climate change, you’d like to be making decisions that are resilient to us ending up on the worst scenario, as well as working OK if we end up in the best scenario.

Do you get harassed as a climate scientist?

I’ve gotten one or two messages threatening personal violence over the last several years, but I feel like I’ve gotten a lot less of that than my colleagues.

I’m fortunate to work in a state and work at a state university in a state where, by and large, the existence of climate change, the reality of sea-level rise, the need to deal with these risks are not as controversial as they are in some places. And so we can get on with the discussion of what we’re going to do about it.

And where did you grow up? Were you always into science?

I grew up in the Maryland suburbs of Washington. My dad was an attorney, and my mom is a politician. If you went back to my childhood bedroom and looked at what was on the walls, I may have had a geological time scale, pictures of astronauts and guides to clouds. You probably wouldn’t have been surprised I ended up as a scientist.

Did you always want to study climate?

I actually got into this through a relatively long process. I went to college to be an astrobiologist. I was really inspired by the idea of the long-term future of humanity as a species that wouldn’t necessarily be restricted to one planet.

I did my undergraduate thesis on meteorites from Mars. In the course of doing that, I got interested in early life on Earth, how life and climate have affected one another. My Ph.D. is in geobiology; part of my thesis work was on the idea of snowball Earth, the idea that at least three times in our history, there’s been glaciations where the planet has been encased in ice from pole to equator.

And that led to climate science?

It was a very big picture. When I finished my Ph.D., I wanted to figure out a way to take what I had learned about the Earth as a system, the way it evolves over time and how climate and light affect one another, and tie it to what I saw as the most critical environmental challenges of our time, which is clearly climate change.

I was at Princeton for two years, and then I was in D.C. for two years with a program through the American Association for the Advancement of Science from 2009 to 2011. I worked in the Energy Department’s Office of Policy and International Affairs, working on climate change policy.

I worked on international cooperation around energy efficiency but also incorporation of climate change impacts into the regulatory office, and helped support the Obama administration, the government’s first interagency effort to establish a social cost of carbon.

That picked up another thread, which has continued into my research today, which is the collaboration between climate scientists and economists who understand the cost of climate change. After two years in D.C., I came to Rutgers, where I joined the Earth and Planetary Sciences Department and also became the associate director of the Energy Institute.

Much focus has been placed on Trump’s views on climate change. Should it be?

The discussion we should be having is not "Is climate change real?" It’s "How are we going to manage these risks?" Sticking our heads in the ground is not a very wise way of managing or failing to manage risk.

The climate assessment process doesn’t exist just to tell people climate change is causing bad things; it exists to inform decisions about how to manage those risks.

The two ways are mitigation and adaptation, and the mitigation story — how to do it — is complex, but the basic story is relatively simple: You need to reduce your greenhouse gas emissions to net value of zero if you want to stabilize the climate.