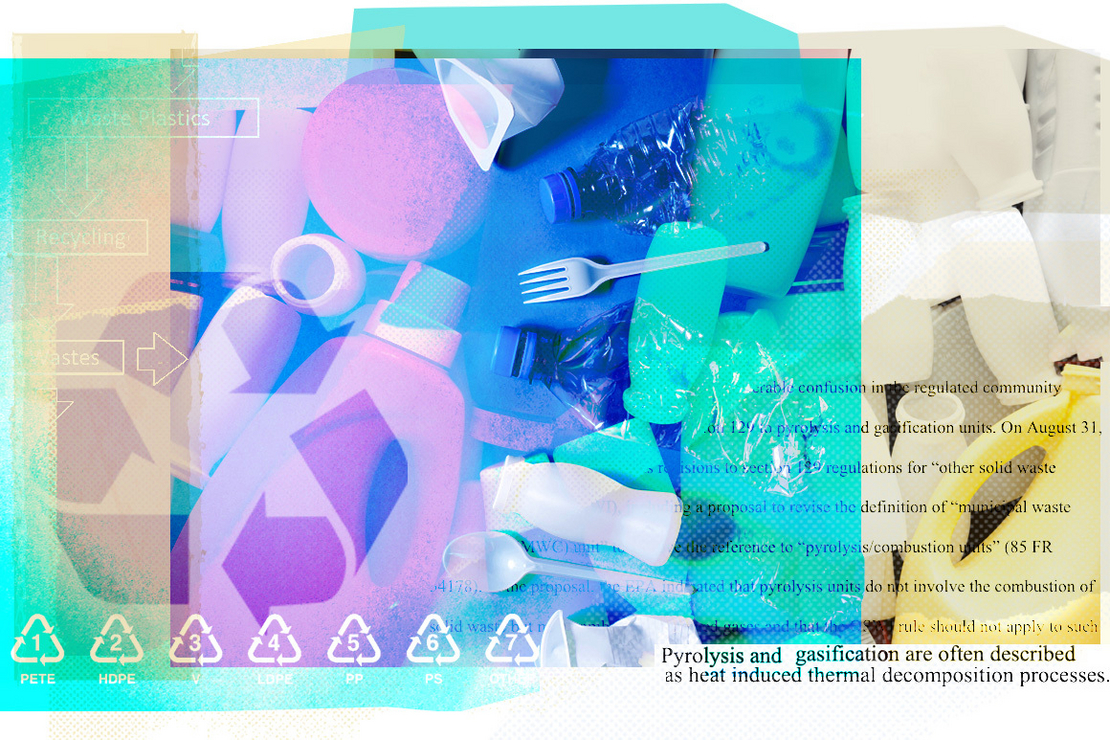 An emerging and controversial vision for reusing plastics poses a regulatory dilemma for EPA as it struggles to tackle plastic pollution woes amid a growing acknowledgment that traditional recycling will not be able to solve the problem.

Facing an onslaught of public outrage over plastics pollution, companies are increasingly turning to new avenues to address the problem, including “chemical recycling.” But their solution has alarmed environmental advocates and ignited environmental justice concerns, placing EPA under pressure.

While simultaneously grappling with mounting pollution realities, EPA is now scrutinizing technologies that convert plastic waste into new products. Industry backers of chemical recycling say it should be regulated as manufacturing. Environmental groups, however, counter that the process is actually a form of incineration and poses environmental and human health hazards.

“I believe the general public has every right to be both skeptical and concerned,” said Denise Patel, a program director with the Global Alliance for Incinerator Alternatives, or GAIA, whose organization feels chemical recycling has hidden health costs.

Chemical recycling takes single-use plastics and strips them down to their chemical state, creating products like fuel or other new plastic items. This has concerned environmental groups, who argue plastics are already largely an oil and gas product. Their use in fuel does not fit in with the pivot toward renewable energy that advocates envision.

Proponents like the American Chemistry Council assert that chemical recycling is critical for solving the conundrum posed by plastics, which are lightweight — a factor in climate considerations — since they are better for energy efficiency purposes. And a large group of backers, including major consumer brands, have thrown their weight behind chemical recycling. Many insist the technologies are essential for meeting recycling goals. Mars Inc., for example, has said its 2025 sustainable packaging plans hinge on the “advancement of chemical recycling at pace and scale and alignment of food safety regulations.”

While EPA’s power is limited, a clear regulatory decision could be a major factor in how chemical recycling evolves. In September, the agency issued an advanced notice of proposed rulemaking for two technologies, weighing whether pyrolysis and gasification units should be regulated as solid waste incineration (Greenwire, Sept. 7, 2021).

Industry members oppose that framing. “It’s a very flawed way of thinking about it,” said Joshua Baca, ACC’s vice president for plastics. “This is a process that breaks down material back to the molecular building block. Incineration implies that it’s the end of the life of a material.”

EPA’s recycling plan shows the agency sees potential value in the technologies (Greenwire, Nov. 15, 2021). But groups who disagree are escalating their pressure on the Biden administration, arguing chemical recycling is at odds with environmental justice.

Incineration is regulated under the Clean Air Act, but how those rules apply to facilities using pyrolysis and gasification is a point of contention. Pyrolysis, the main focus for industry members, occurs largely in the absence of oxygen — a key point of distinction from typical incineration.

For industry members, the argument is straight-forward.

“We don’t collect, sort or process the material,” ACC’s Baca said. “We are not in the waste management process, we are buying feedstock.”

Critics maintain that approach allows sites to evade oversight from regulators. “Part of the problem here is, in the absence of federal regulation, the burden has fallen on the state environment agencies,” explained GAIA’s Patel, adding those entities “generally don’t have enough resources to manage all of these things.”

Jim Pew, a senior attorney with the group Earthjustice, said EPA’s notice could help settle whether chemical recycling facilities in fact use incineration. He believes they do.

“The term ‘incinerator’ is defined in the Clean Air Act. This is not a situation where it’s loosey-goosey,” he said.

How many chemical recycling facilities even exist is unclear. In its notice, EPA listed 40 sites, but only eight of those deal with mixed plastics. Closed Loop Partners, an investment firm, published an inventory in 2021 showing around 20 U.S. facilities are beyond pilot or lab phase. Of those sites, most produce a pyrolysis-derived oil product, which Matthew Kastner, an ACC spokesperson, said could be used for either fuel or recycled plastic.

But the industry has faced setbacks. A 2021 Reuters investigation found at least four chemical recycling projects globally were either indefinitely delayed or dropped entirely over viability concerns. Of 30 projects analyzed, most were agreements between small firms and larger oil or consumer brand companies. All were operating either on a small scale or had closed down, often facing the same issues mechanical recyclers have: The challenge of collecting and sorting material, coupled with contamination.

Judith Enck, an Obama-era EPA regional administrator who runs the group Beyond Plastics, noted the embrace of chemical recycling has come amid growing acknowledgment that mechanical recycling of plastics has largely failed. But Enck pushed instead for reducing single-use plastics.

Some groups have panned the use of the term chemical recycling, which differs significantly from mechanical recycling. ACC meanwhile prefers “advanced recycling,” an approach Kastner explained by noting the moniker encompasses many processes including depolymerization, methanolysis and others.

Communications involving EPA staff and obtained by E&E News through a public records request show phrasing has been a challenge. Emails and meeting notes sent between 2018 and 2020 reveal members of the Sustainable Packaging Coalition’s Multi-Material Flexible Recovery Collaborative, including industry and EPA representatives, debated the optics of terms.

In one set of meeting notes, ACC’s Prapti Muhuri cited “a lot of stakeholder outreach” as a reason behind the switch from “chemical” to “advanced.” Some participants still disputed the inclusion of the word “recycling,” particularly when the end product was fuel, while others worried about overall framing.

“The [nongovernmental organizations] will turn ‘chemical’ against the industry,” read comments attributed to a consultant for the plastics recycling industry. “But there is also a media narrative that plastics recycling is ‘failing.’ We don’t want the impression that the need for ‘advanced’ recycling is partially due to that supposed ‘failure.'”

Multiple advocates meanwhile told E&E News they felt the process should simply be called plastics incineration. They said those facilities pose an environmental justice issue, as low-income communities of color disproportionately live near incinerators. Baca countered by citing an ACC-commissioned report that found low air emissions at a few relevant sites. EPA, meanwhile, told E&E News last fall it “does not have adequate data” regarding those emissions.

For example, one plant run by the companies Agilyx and AmSty sent more than 500,000 pounds of hazardous waste to various incinerators and disposal sites in 2019, including significant amounts of benzene, a known carcinogen. One destination for the company’s waste is Tradebe Environmental Services’ facility in East Chicago, Ind. EPA toxics release data shows that site has repeatedly been among high emitters, ranking 17th out of 208 Toxics Release Inventory facilities in the hazardous waste industry sector in 2020. EJScreen, another agency tool, indicates the surrounding area near that site is more than two-thirds nonwhite and non-Hispanic, while nearly half are low-income.

“This is our air, our water, our lives,” wrote Denise Lopez, a community organizer from Rhode Island who has opposed a pyrolysis plant in her state over health concerns. “If your governing body doesn’t do more to help protect us, who will?”

At the state and local levels, officials haven’t waited on EPA.

ACC said that 15 states have designated chemical recycling as manufacturing rather than incineration, with others on the horizon. The trend is also advancing at the local level; in February, Houston became the first U.S. city to begin a chemical recycling program.

But there are also vocal opponents. In the last Congress, the “Break Free From Plastic Pollution Act,” for example, would have placed a three-year moratorium on chemical recycling facilities (E&E Daily, March 25, 2021). Advocates are hopeful that such legislation will pan out.

“It’s not in the hands of the EPA to outright ban, their power is really regulatory,” said Patel. “It would take an act of Congress.”

Either way, officials face tremendous pressure to take action. Veena Singla, an NRDC senior scientist, said she understood the push toward chemical recycling but felt there were too many drawbacks based on what she has seen.

“I feel like the plastic waste crisis is so visible and so horrifying,” she said. “People really want answers and solutions. But our research really demonstrates that this is a false solution.”