Farms must adjust to climate change, Vilsack warns at COP 26 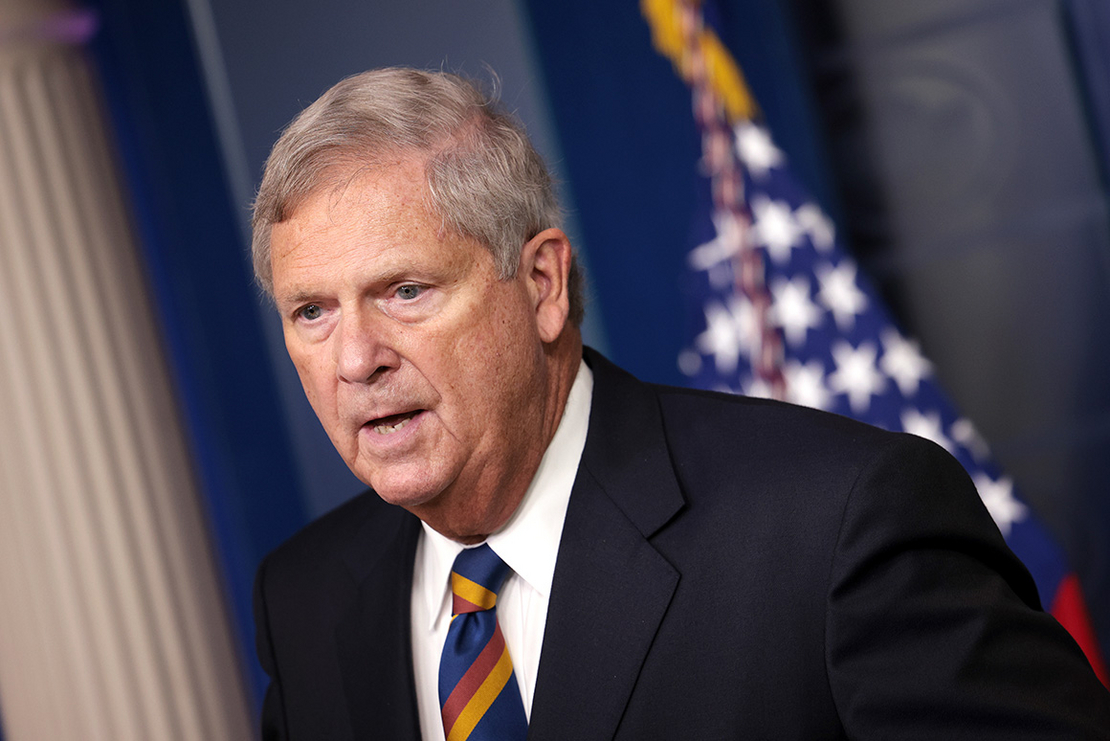 After years of warnings, the climate crisis is no longer a far-off danger, Agriculture Secretary Tom Vilsack said today at the COP 26 climate conference in Glasgow, Scotland — it’s already arrived.

Climate change "is not future threat. It’s here," Vilsack said at the start of a panel discussion on agriculture, forestry and climate. "We cannot continue on this dire trajectory."

Leading the panel discussion of industry and interest group representatives, Vilsack touted the Biden administration’s efforts on carbon sequestration, including hundreds of millions of dollars on research and incentives for farmers to take on carbon-reducing conservation practices.

In promoting a quick and ambitious response to climate change, Vilsack demonstrated a big contrast with his predecessor in the Trump administration, Sonny Perdue, who’d walked a more delicate line on an issue the White House didn’t wish to highlight.

But the Biden administration’s work on climate change and farming isn’t all smooth sailing, as Vilsack’s right-hand man on climate policy, Robert Bonnie, faces a snag on his way to Senate confirmation as undersecretary for farm programs and conservation.

At the conference today, though, Vilsack said climate change is clearly pressing, with droughts and floods affecting food production and promising to do more of the same with a growing world population. Programs already in the works at USDA could bring climate-smart practices to 100 million crop acres in the U.S., he said, or to as many as 200,000 farms.

The "Build Back Better" agenda would boost those policies, too, with $28 billion for conservation, $2 billion for agricultural research and $27.15 billion for forestry including tree-planting and measures to reduce the threat of wildfire.

Panelists urged quick action by the federal government but also cautioned against specific mandates that farmers might resist.

"The key to get there is to act quickly," said Callie Eideberg, director of government relations for the Environmental Defense Fund, who spoke on the panel remotely. "We know that the next 10 years is critical."

Rob Larew, president of the National Farmers Union, said mandates could prove overly cumbersome. "I think that’s where farmers will begin to pull back."

The administration’s approach to forestry, meanwhile, has brought mixed reactions. Vilsack has pledged to protect old-growth forests, for instance, but also endorses timber harvesting to make wood products with carbon benefits that are a subject of debate.

USDA faces criticism, too, for standing behind the livestock industry despite complaints that meat and dairy consumption must fall if agricultural methane emissions are to be trimmed. Cargill Inc., the major meatpacking company, pays farmers for conservation practices, but environmental groups say the real problem is increasing consumption.

The nonprofit group Compassion in World Farming said in a report released at COP 26 that cutting meat consumption is crucial to averting a climate catastrophe.