Fate of species law may hinge on fight over lowly frog 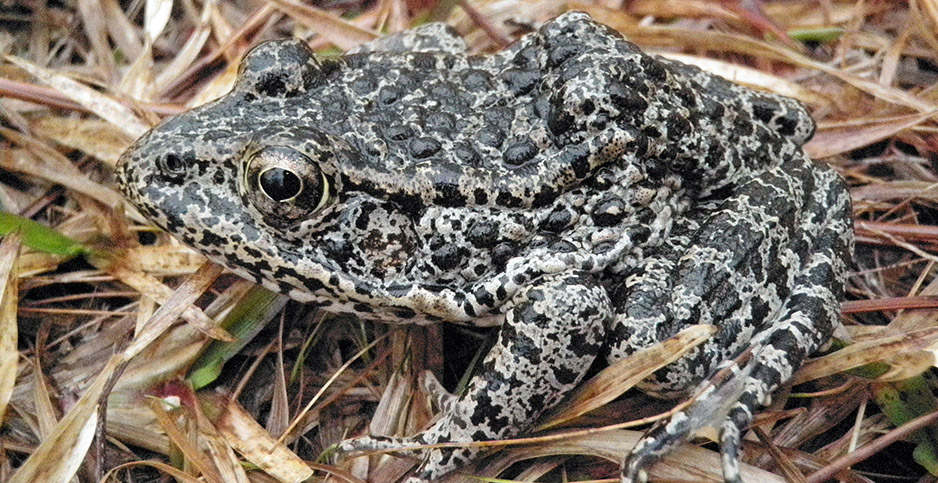 The Fish and Wildlife Service sought to protect the endangered frog’s habitat, plus other areas in Louisiana that could make a suitable home.

The Louisiana landowners pushed back. Timber giant Weyerhaeuser Co. and others went to court, arguing that the agency had overstepped. They say the Louisiana land isn’t even habitable for the creature.

Environmentalists say a decision could have sweeping impacts for the government’s ability to protect habitat for struggling animals and plants.

"If the Supreme Court were to weigh in and place restrictions on when Fish and Wildlife Service could do that, that could be really devastating for species and push them closer to extinction," said Noah Greenwald, endangered species director for the Center for Biological Diversity, which intervened in the litigation on FWS’s behalf.

The looming vote on Brett Kavanaugh’s vexed nomination to the Supreme Court could affect the case’s fate (Greenwire, Sept. 25).

The federal government’s efforts to save the frog date back nearly two decades.

In 2001, the Fish and Wildlife Service listed the species as endangered. Nine years later, prompted by environmental litigation, the agency proposed a critical habitat designation to protect the frog’s Mississippi home and other suitable areas in the state.

Instead, the designation became wildly contentious, with Weyerhaeuser and a set of family landowners challenging the service’s authority to designate critical habitat there.

"If dusky gopher frogs were moved to Unit 1, they would not survive," lawyers for Weyerhaeuser said in a brief to the Supreme Court. "No reasonable definition of ‘habitat’ includes this land."

In other words, if the dusky gopher frog couldn’t thrive on the private land as is, can the area really be deemed essential to its recovery?

Two lower courts sided with FWS, which argues that the Louisiana land squarely meets the definition of "habitat" in the ESA and that the agency properly reached its decision that Unit 1 was essential to the species’ conservation.

The second question the court will weigh is more abstract: Does the court have jurisdiction to review FWS’s refusal to exclude Unit 1 from the critical habitat map, despite potential economic impacts?

FWS says the Endangered Species Act leaves that decision to the agency’s discretion and does not provide any standard for judicial review.

The conservative Pacific Legal Foundation, representing the other landowners, counters that FWS’s process provides a clear yardstick for evaluating its final decision: a cost-benefit analysis.

When designating critical habitat and determining which areas to exclude, the agency performs an economic analysis to weigh potential costs. It also analyzes the benefits of conserving the species, but it doesn’t typically put a dollar value on that side of the equation.

"That’s, in fact, how these economic analyses routinely get done," she said. "They almost never try to actually attach a dollar figure to the benefits, because there are things that are incommensurable with dollars."

She added that Weyerhaeuser and the other landowners wouldn’t actually lose any property value unless and until they sought some type of federal permit for development on the land. That would only happen, she said, if they decided to depart from the timber activities long conducted there.

"It’s only if they decide to change the use and do, like, a housing development, and if the design of the development is such that it involves filling in wetlands, and if those wetlands get determined by the Army Corps of Engineers to come within federal jurisdiction, rather than state jurisdiction," she said.

"It’s a whole series of ifs. And then at the end, you get to, OK, then maybe it could impose costs of $34 million."

"We applaud the Court for taking up this case and we’re hopeful the outcome will ensure a designation cannot be made to an area without firm evidence that it supports the endangered or threatened species in question."

"I would flag that as particularly important in the 21st century because, No. 1, many species have lost so much habitat and have populations that have shrunk so much that in order to recover those species, we’re going to have to protect and restore habitat where those species do not presently exist," he said.