Fed nominee hits back at GOP climate attacks. Will it work? 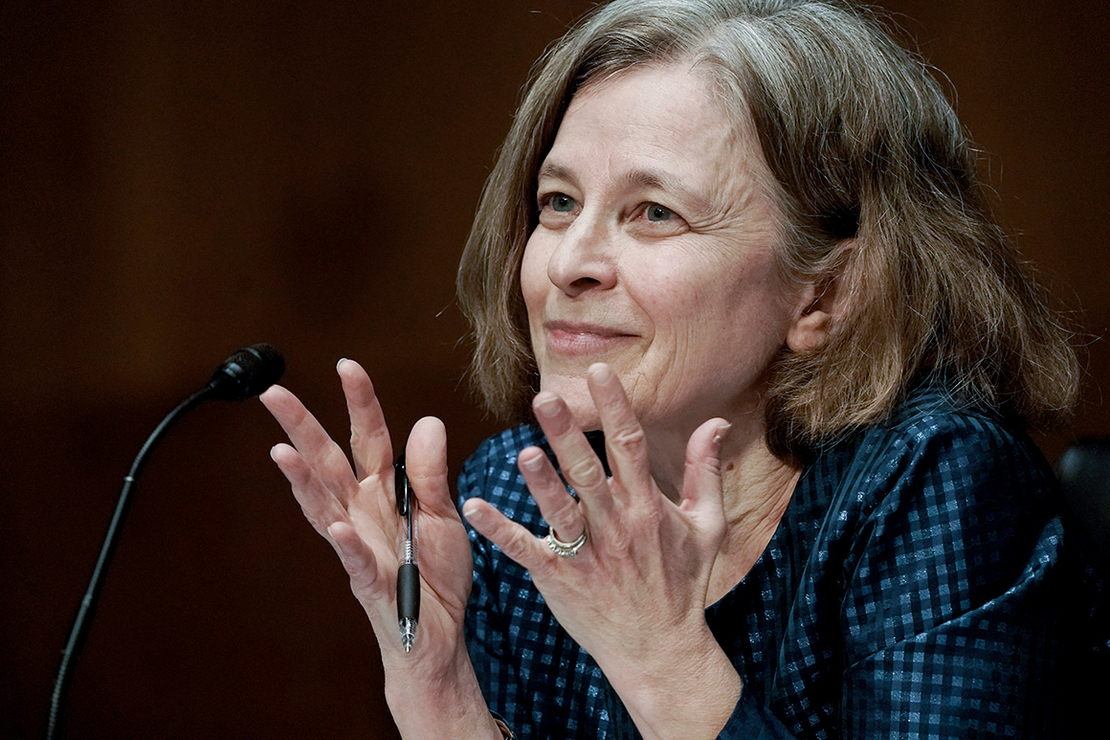 President Biden’s nominee to be the Federal Reserve’s top banking regulator came out swinging yesterday against Republican assertions that she’s on a mission to combat climate change by diverting dollars away from the oil and gas sector.

In a highly anticipated hearing before the Senate Committee on Banking, Housing and Urban Affairs, Sarah Bloom Raskin faced a flurry of questions from GOP lawmakers about her previous remarks on the Fed’s responsibility to address the financial threats of global warming.

Their main accusation: That Raskin, a former Fed governor who Biden tapped to be the central bank’s next vice chair for supervision, would lead a politicized charge to starve high-carbon companies of cash — a move that would fall outside the Fed’s mandate from Congress.

“If Ms. Raskin is confirmed, there is going to be an effort at the Fed to start with a climate scenario analysis, that’s what it’s called — and you can be sure that that had better show all kinds of risks — and then the Fed will respond to that analysis,” said Sen. Pat Toomey of Pennsylvania, the panel’s top Republican.

“I don’t know exactly how,” he added. “Maybe it will be increased capital weightings, maybe it will be exposure limits. But the idea will be to allocate capital away from the heavily carbon-emitting parts of our economy.”

That claim, which was repeated by other lawmakers throughout the nearly three-hour hearing, has the potential to sink Raskin’s chances of being confirmed in a narrowly divided Senate with sharply divergent views on climate-related risk.

Raskin, who was a deputy Treasury secretary during the Obama administration, rejected the allegation outright. She told Toomey and other lawmakers that she’s focused on one key issue: assessing and mitigating risks to the financial system, whatever their origin.

She added that her approach is three-pronged. First, she said a “cardinal rule of Fed supervision” is that “banks chose their borrowers, not the Fed.” As such, it’s not the role of the central bank to pick winners and losers among different sectors.

“I have never deviated from these three principles guiding our regulatory and supervisory processes. And I can’t think, really, of a single moment when anyone would accuse me of having deviated from them,” said Raskin, who went to Harvard Law School and is married to Rep. Jamie Raskin (D-Md.).

Toomey and others pushed back, citing Raskin’s past speeches and op-eds that they say suggest she has more aggressive plans. While many of her past remarks focused on risk mitigation, she has floated the idea that financial agencies, auditors and standard setters could help financial institutions address those risks by “incentivizing a rapid, orderly and just transition away from high-emission assets.”

She also wrote a 2020 op-ed at the outset of the pandemic criticizing the Fed for expanding one of its lending programs in a way that would grant oil and gas companies that were struggling long before Covid-19 access to taxpayer dollars. At the time, her remarks were welcomed by sustainable finance proponents. Now they’re a linchpin in the debate over Raskin’s climate record (Climatewire, May 18, 2020).

Toomey and other Republican senators, including John Kennedy of Louisiana and Jerry Moran of Kansas, pointed to the op-ed as evidence that Raskin’s past positions were inconsistent with her remarks yesterday.

“This is one of the most remarkable cases of confirmation conversion I have ever seen,” Toomey said. “Although she doesn’t acknowledge the contradiction of what she has said today compared to the things she’s been saying and writing for years.”

The hearing, which also considered the nomination to the Fed of economists Lisa Cook and Philip Jefferson, comes as U.S. financial agencies face growing political pressure on the issue of climate change.

Democrats, environmentalists and a growing number of experts say that the financial system — which is deeply entrenched in high-carbon industries — could face unanticipated shocks as extreme weather events intensify and the world shifts toward clean energy sources. They argue that regulators have a responsibility to examine that risk, model how it could unfold and ensure finance firms are preparing for it.

Some Republican lawmakers, business groups, and the oil and gas industry say it isn’t appropriate for financial agencies to wade into these issues at all. They also claim that climate advocates are overblowing the risk.

As a result, they’ve slammed Biden’s financial nominees, including Fed Chair Jerome Powell, a Republican; Fed Governor Lael Brainard; and Saule Omarova, who withdrew as Biden’s pick to be the comptroller of the currency, over their climate comments.

Omarova withdrew her name from consideration after a bruising nomination hearing in which lawmakers took aim at her personal background, academic writings, and past comments on the oil and gas industry (E&E Daily, Nov. 19, 2021).

Sens. Jon Tester of Montana and Mark Warner of Virginia, two moderate Democrats who reportedly played a part in sinking Omarova’s nomination, didn’t signal having concerns with Raskin’s record. They both cited examples of climate risk in their home states, and agreed the Fed has an important role to play.