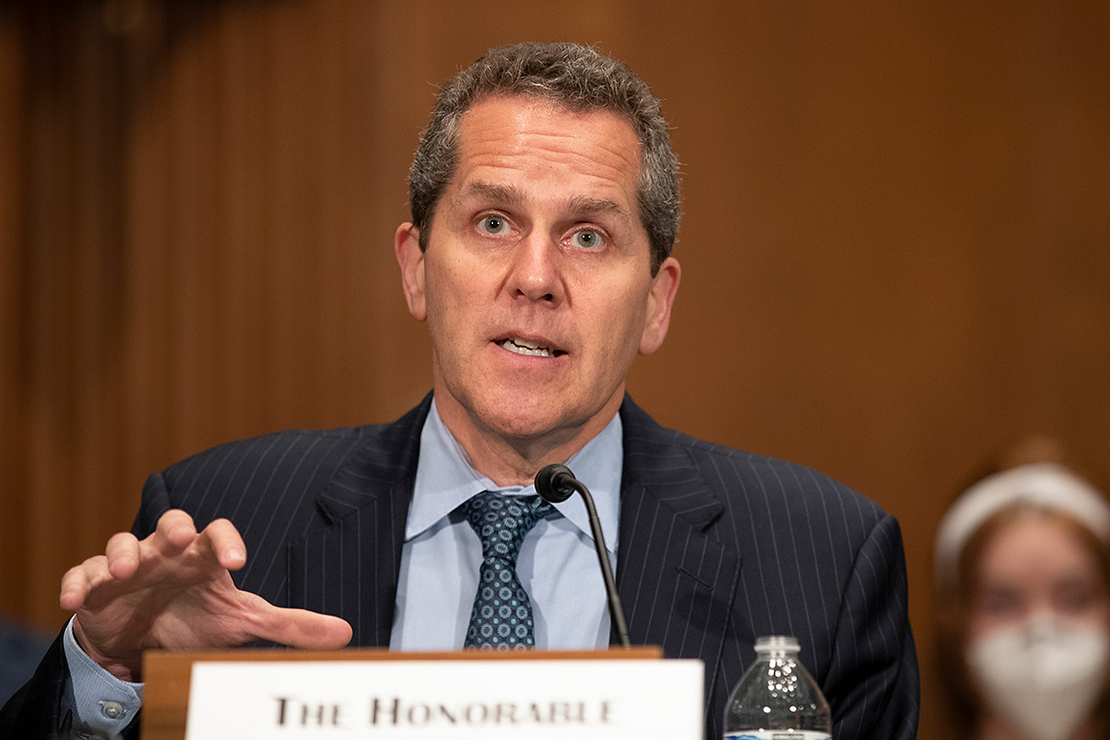 Biden nominated Washington veterans Mark Uyeda and Jaime Lizárraga in April to fill the remaining Republican and Democratic seats on the Securities and Exchange Commission. He also announced the nomination of Michael Barr, an Obama-era official, to be the Federal Reserve’s top bank cop — a position the administration has struggled to fill and could play a key role in addressing climate-related risk.

Yesterday, the nominees faced the Senate Banking, Housing and Urban Affairs Committee, where climate change came up a few times, including in response to questions from Pennsylvania Sen. Pat Toomey, the panel’s top Republican, and Sen. Steve Daines (R-Mont.).

But the trio by and large emerged unscathed by the issue that has become a lightning rod in Washington during the first year of the Biden administration. That marks a departure from hearings in recent months, when the leaders of — and nominees to — both the SEC and the Fed have come under fire from lawmakers on both sides of the aisle about their approach to global warming.

During yesterday’s hearing, Toomey raised the Raskin controversy and said it sends a “powerful message” to Fed nominees that all Fed governors “must commit to not exceed the Fed’s limited statutory mandates.” He went on to ask Barr if the Fed’s mandate permits the central bank “to use its power to accelerate the transition to a lower-carbon economy.”

Barr said in response that the Fed’s authorities are “important, but quite limited” — a go-to line of Fed Chair Jerome Powell’s — and that those authorities entail assessing risks to the financial system from “all sources, including climate.”

A member of both the Clinton and Obama administrations, Barr is perhaps best known for his role in crafting the Dodd-Frank Wall Street Reform and Consumer Protection Act in the wake of the Great Recession. More recently, he has served as a dean and law professor at the University of Michigan.

Barr, for his part, hasn’t said much publicly on climate change. While that has left climate finance proponents uncertain of how he would approach climate-related risk, there’s a general consensus that filling the role with a qualified candidate should take precedence over appointing a known climate champion (Climatewire, April 20).

The other two nominees under consideration — Uyeda, the Republican pick, and Lizárraga, the Democratic one — received fewer questions than Barr, including on climate.

That’s notable given that the SEC is considering highly controversial rules that would require public companies to disclose their vulnerabilities and contributions to climate change. If adopted, the rules, which are already facing opposition from Republican officials on the state and federal levels, would be seen as the most consequential climate-related move to date from a U.S. financial regulator.

Lizárraga is currently an adviser to House Speaker Nancy Pelosi (D-Calif.). Over the last three decades, he has held positions within the Treasury Department, the SEC and House Financial Services Committee. If confirmed, he would replace Democratic Commissioner Allison Herren Lee, who is seen by many as the SEC’s leading proponent of climate-related disclosure.

Uyeda is a career SEC attorney who is currently the agency’s liaison to Toomey’s staff on the Banking Committee. If both nominees are confirmed, Uyeda would fill the commission’s open GOP seat, bringing the agency to two Republicans and three Democrats.

The three nominees will next face a vote in the Banking Committee before being considered by the narrowly divided Senate.

So far, the nominees face no obvious obstacles to confirmation. Manchin announced this week that he backs Barr, and Democrats appeared united in their support of Barr during yesterday’s hearing. As to Biden’s SEC picks, the two parties have historically deferred to each other to recommend their preferred nominees to the president, which generally means they move through the confirmation process as a pair, limiting partisan clashes.