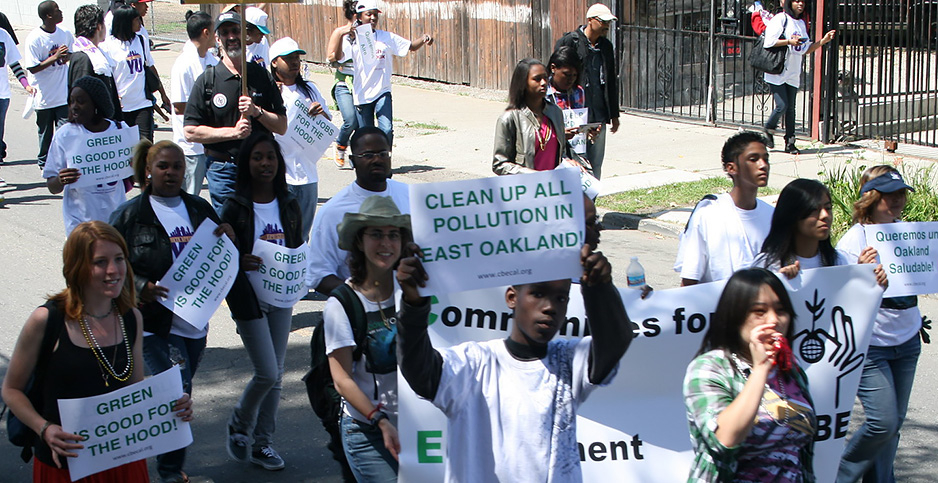 Federal agencies are drafting "equity plans" — which could lead to a dramatic reworking of how government services and contractors interact with disadvantaged communities across the country.

EPA’s and other agencies’ plans will review whether underserved communities, often of color or afflicted with perennial poverty, have had access to their benefits, services and procurement.

The plans are in response to an executive order by President Biden that says it’s the policy of his administration to advance equity for all.

EPA has begun work on such a plan, which will likely intersect with Administrator Michael Regan’s push for environmental justice for communities that have been disproportionately burdened with polluted air and water.

Under Biden’s order, agencies have up to 200 days to file the reports with the White House. Biden signed the order on his first day in office, giving agencies a deadline of Aug. 8 to draft the plans.

The plans are to include findings on "potential barriers" that "underserved communities" may face when trying to access agencies’ benefits, services, procurement and contracting.

In addition, those plans are to determine whether new regulations or guidance may be needed to "advance equity" in agency programs.

Further, the plans will quantify the resources available to offices and divisions within agencies designed to advance civil rights or established to specifically help disadvantaged communities.

Biden’s order also revoked an executive order by President Trump that had targeted agencies’ diversity training. EPA employees had pushed back against that Trump order.

Regan has noted Biden’s push for equity across the federal government.

"In his first days in office, the president signed a series of executive orders, mandating that all executive departments and federal agencies embed fairness and equity into their decisionmaking — from issues of housing, to incarceration, to tribal sovereignty, to combating xenophobia against the [Asian American and Pacific Islander] community, to climate change," Regan said in prepared remarks for a National Environmental Justice Advisory Council meeting last week.

He added, "I’m proud that environmental justice is finally taking its rightful place in the work of EPA and the entire federal government — not as an add-on or an afterthought but as a central driving factor in all that we do."

Other agencies are also working on equity plans.

The Department of Transportation is ahead of other agencies on implementing detailed equity plans in its programs, according to information shared yesterday at the inaugural White House Environmental Justice Advisory Council. DOT official Christopher Coes told the board that the administration is implementing justice metrics in real time.

"A lot of the departments, including at DOT, we’re asking some very basic questions: How do we track our dollars? How do we really show what we have done? And how can we create more opportunity?" he said.

The Office of Management and Budget, meanwhile, is in the process of issuing interim guidance to the agencies on how to implement Justice40, a plan to invest 40% of climate-related federal funds in marginalized communities (E&E News PM, March 30).

The White House has pushed for a governmentwide effort on equity.

"Our teams have set up the infrastructure to ensure that whole-of-government approaches to equity are deeply integrated throughout the federal government," Kalisha Dessources Figures, a White House aide for gender policy, and Catherine Lhamon, another White House aide working on racial justice and equity, said in a blog post earlier this week.

They added, "We and our colleagues across the federal government have rolled up our sleeves — and will keep them rolled up — to eradicate hate, ensure equitable federal procurement, provide data to the public, promulgate regulations that promote fairness, and generally ensure that equity guides all of our work and results in equitable outcomes for the American people."

Energy Secretary Jennifer Granholm has made equity concerns a top priority at the department as DOE looks to use climate actions to bridge long-overlooked communities with clean energy job access and cleaner electricity sources. That includes efforts to meet the Biden order.

"DOE has convened an equity working group and is on target to finalize a plan within the 200-day framework laid out in the executive order," spokesperson Kevin Liao confirmed to E&E News.

An Interior spokesperson said the agency is likewise working on a plan. Other agencies weren’t forthcoming about their equity plans.