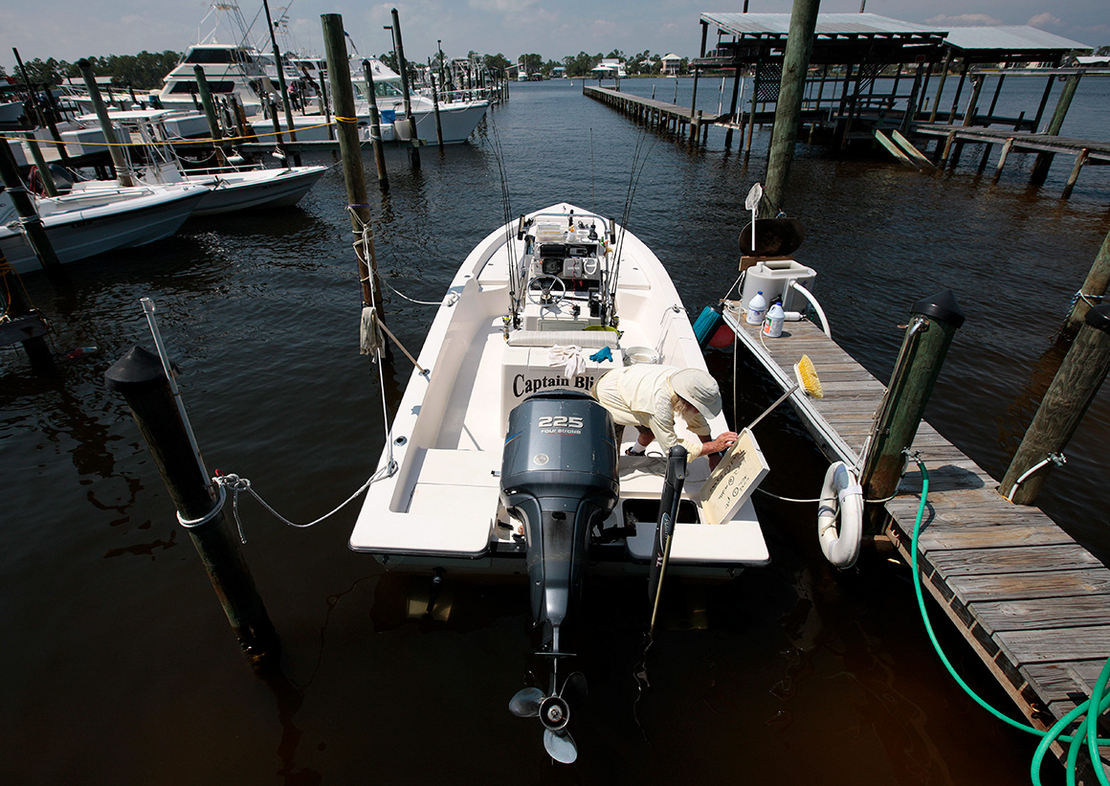 If NOAA gets its way, Allen Walburn will soon be forced to keep electronic monitors on his three charter fishing boats to follow their every move, a requirement that he likens to criminal defendants forced to wear ankle bracelets.

“I don’t want people knowing where I’m at,” said Walburn, 71, who has been running his charter fishing business in Naples, Fla., since 1978.

In a key test of NOAA’s surveillance powers, Walburn and a group of other charter fishermen from the Gulf of Mexico have gone to court to block the proposed rule, asking a federal judge in Louisiana to declare it unconstitutional and an invasion of their privacy.

In court briefs, NOAA argued that its proposal to require electronic tracking in the Gulf should be allowed under the Magnuson-Stevens Fishery Conservation and Management Act, the nation’s premier fishing law passed by Congress in 1976.

The law, which Congress is now considering reauthorizing, requires NOAA to devise plans to prevent overfishing and protect the long-term health of fish populations. The agency argues that electronic monitoring makes data collection more timely, accurate and cost-efficient than other alternatives.

The fishermen who sued NOAA in U.S. District Court in the Eastern District of Louisiana hope to get a ruling from Judge Susie Morgan before the plan is scheduled to take effect in March.

Morgan was appointed to the bench by President Obama in 2012.

In their complaint, the plaintiffs argue that “warrantless 24-hour GPS surveillance is repugnant to the Constitutionally-protected freedom from an unreasonable governmental search and seizure.”

In addition, they contend that requiring the electronic monitoring violates due process “by interfering with freedom of movement” and free enterprise.

“Not only that, they make me pay for the device,” Walburn said. “And I have to pay a monthly service fee for the device — and I get nothing out of it.”

The legal battle comes after NOAA has pushed hard in recent years to get more fishermen across the country to adapt to new technology, hoping it will allow the agency to better count fish stocks.

John Vecchione, a lawyer with the New Civil Liberties Alliance who’s representing the fishermen, said the surveillance plan is “against the spirit of a free society” because federal officials are assuming they can track anyone just because they’re part of a regulated industry.

“They’re watching you all the time, and why?” he asked. “What does NOAA get out of this?”

‘I’m not afraid to put a tracker on my boat’

Backers of electronic monitoring defend NOAA, saying it only makes sense for the agency to use the best technology it can to monitor fish stocks and comply with its congressional mandate.

“I’m not afraid to put a tracker on my boat,” said Rick Bellavance, a member of the New England Fishery Management Council and charter fisherman who owns Priority Fishing Charters in Point Judith, R.I. “There are no secrets anymore, in my opinion — every phone tracks everything all the time anyway. … The best data you can get is going to help all of us in the long run, not hurt us.”

For Bellavance, however, the debate is largely academic: Fishermen in his area are not required to use electronic tracking devices that would allow NOAA to monitor their fishing, but they do file electronic reports on their catches.

“I think it’s easier than paper,” said Bellavance, adding that he often uses his phone to file the reports while he’s still on the dock. “Your recollection is better if you do it while you’re fishing or right after you’re done.”

While the court case is focused on Gulf fishing businesses, its outcome could end up establishing a legal precedent that shapes the future of electronic monitoring nationwide.

The case, which began last year, is now a class-action lawsuit affecting more than 1,500 fishermen.

“I’m really hoping it does set a big precedent,” Vecchione said. “One of the things that’s happening with the administrative state and with government in general is they’re getting more and more excuses to track everybody and follow them all the time and put them in a big database, and that has a lot of constitutional problems.”

NOAA had planned to begin the electronic monitoring program Dec. 13 but last month agreed to delay the rule until March 1, allowing more time for the litigation to proceed.

Bellavance agreed that the Gulf case has the potential to change rules for fishermen in other regions: “If it goes all the way through the court system and there’s a ruling that it does invade privacy, then I’m sure the National Marine Fisheries Service would take that into consideration as they promulgate regulations going forward.”

“We give them a general proximity to where we’re going, but not exactly,” he said.

Walburn said that fishermen have long tried to keep their top fishing spots a secret but that it would no longer be possible if NOAA’s surveillance plan were allowed to proceed.

He said he also feared that data collected by the federal government could end up getting used in many unintended ways, including divorce cases.

Walburn cited a fictitious example of a fisherman who tells his wife he’s going fishing but in reality is with his girlfriend, only to be confronted in court later with data showing he was never on the boat at the time.

“That’s just a stupid analogy,” he said, “but you understand what I’m saying?”