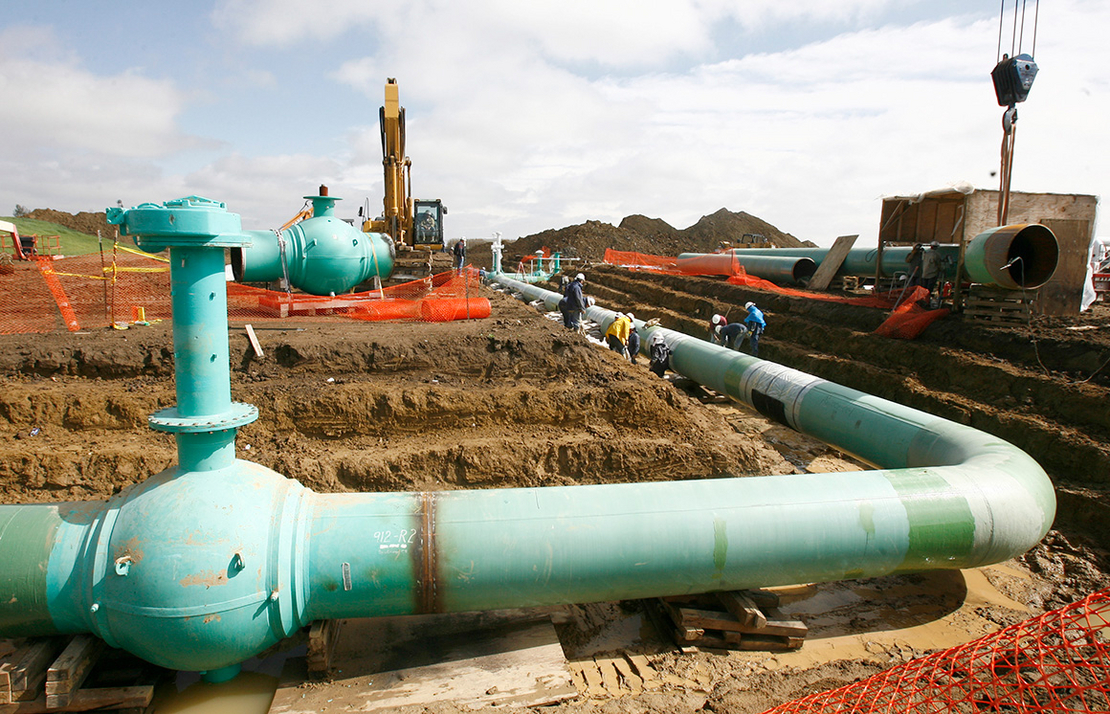 The Pipeline and Hazardous Materials Safety Administration is readying its first-ever restrictions on methane emissions and planning to press pipeline companies on the issue in the coming months, marking a significant shift for a federal agency traditionally focused on safety and oil spills.

PHMSA was given a broad new responsibility by Congress to limit greenhouse gas emissions, and the "thousands" of inquiries it’s planning to make to companies about their methane emissions this year will be some of the earliest tangible signs of that mandate.

In late 2020, Congress ordered pipeline companies to update their inspections and maintenance plans to find ways to reduce methane emissions (Energywire, Jan. 29, 2021). It ordered PHMSA to check those plans with inspections.

Meanwhile, the agency is also writing rules on methane, requiring companies to find and fix leaks. It says it’s aiming to have a proposed rule published in the Federal Register by May.

Participating in President Biden’s climate agenda represents a new focus for PHMSA, a relatively young, small agency that has traditionally viewed leaks through the lens of physical safety (Energywire, May 19, 2021). The agency’s environmental efforts previously had been geared toward preventing and dealing with spills of hazardous liquids such as crude oil. Gas pipeline leaks in unpopulated areas, if they didn’t explode or catch fire, were not considered a major safety threat.

Big interstate gas pipeline companies are supportive of the effort on methane and say they are already working to reduce greenhouse gas emissions.

"PHMSA and EPA regulations that embrace innovation to protect public safety, energy affordability and reliability, and our climate will bolster our efforts," the Interstate Natural Gas Association of America said in a statement to E&E News.

Many large oil and gas companies have dropped their objections to direct regulation of methane in order to improve the image of natural gas as a lower-carbon fuel. But many environmental groups are fighting gas projects, saying they continue dependence on fossil fuels.

The Environmental Defense Fund praised the methane reduction measures included in the 2020 pipeline safety legislation, which was tucked into a massive year-end spending bill. The group is now pushing for speedy enactment of methane rules called for in Section 113 of the pipeline legislation.

Methane is a greenhouse gas 84 times more potent than carbon dioxide on a 20-year time scale. The oil and gas sector is the largest industrial source of methane emissions in the United States. EPA estimates that about one-third of the oil and gas industry’s emissions comes from transmission, storage, processing and distribution, all of which are subject to PHMSA regulation.

The agency has undertaken the plans without a full-time, Senate-confirmed administrator. The Biden administration has not nominated anyone for the position. Brown, whose post does not require Senate confirmation, had been designated as the acting administrator. That has lapsed, though Brown is still running the agency.

Former President Trump picked his PHMSA administrator, Howard "Skip" Elliott, in September of his first year in office, and Elliott was confirmed a month later.

The structure of the new law has put PHMSA in an unusual place procedurally. It is conducting enforcement on methane emissions before enacting regulations on the issue.

The agency is known for moving slowly on regulations, at least in part because of uniquely strict cost-benefit requirements for the rules that Congress embedded in the laws creating it. That has led to regular tongue-lashings from frustrated members of Congress.

The pipeline safety reauthorization law passed at the end of 2020 ordered PHMSA to finish regulations by the end of 2021 on eliminating hazardous leaks and minimizing intentional releases of gas. The agency didn’t finish them by then, but the law has no enforcement provision.

If PHMSA publishes a proposal by the middle of 2022, it would be relatively fast for the agency. One recent PHMSA rule, following a fatal explosion in 2011, took nine years to enact.

By contrast, Congress ordered pipeline companies to update their inspection and maintenance plans to include methane emissions reductions by the end of 2021, while the regulations are still being written. It gave the deadline some teeth — ordering inspectors to evaluate those plans as soon as the deadline passes to make sure companies are updating them.

That means "thousands" of inspections are to be finished by the end of 2022, according to a staff briefing provided late last year to a safety advisory panel. To prepare, the department did a number of "pilot inspections" in September and October. Before that, it issued an advisory bulletin telling companies to revise their plans and reminding them that the agency would be checking in the new year (Energywire, June 8, 2021).

Still, some in the industry are worried. Without clear regulations to follow, they ask, how can companies prepare for inspections?

"This is a huge effort without a very clear target," Andy Drake, vice president of asset integrity and technical services at Enbridge Gas Transmission and Midstream, said at an advisory panel meeting last year. "That’s going to be a challenge for PHMSA to apply, and it’s going to be very frustrating for operators to try to hit."

But Alan Mayberry, the top career pipeline safety official at the agency, sought to calm fears at the panel, saying the agency will refine the process as it goes and won’t exceed its legal authority.

"This isn’t a one-and-done deal," Mayberry said. "This is going to be a journey."

EDF’s Murphy pushed for more transparency with the results of the methane inspections, advocating for the agency to tell the public what it’s finding.

PHMSA officials said their inspection questions will be public. Mayberry said inspection data is available online and that the agency would look for ways to report on what it is finding.

The provisions, which were part of a compromise advanced by then-Sen. Tom Udall (D-N.M.), included language requiring the agency to weigh environmental benefits with safety benefits when tabulating the cost of new regulations. That could make it more difficult for pipeline companies to challenge the rules as too expensive.

At least eight staff members at PHMSA are working on the regulations, according to agency data, along with five officials in the Department of Transportation, which houses PHMSA.

Studies coordinated by the Environmental Defense Fund and other researchers have found that emissions from the oil and gas industry — including pipelines — were far higher than EPA estimates (Climatewire, May 4, 2020). EDF also says methane emissions can be reduced 40 percent at a cost of less than 1 cent for each thousand cubic feet of gas.

But the bulk of emissions in the distribution systems delivering gas to homes and businesses — 46 percent — come from leaks in service lines and mains.