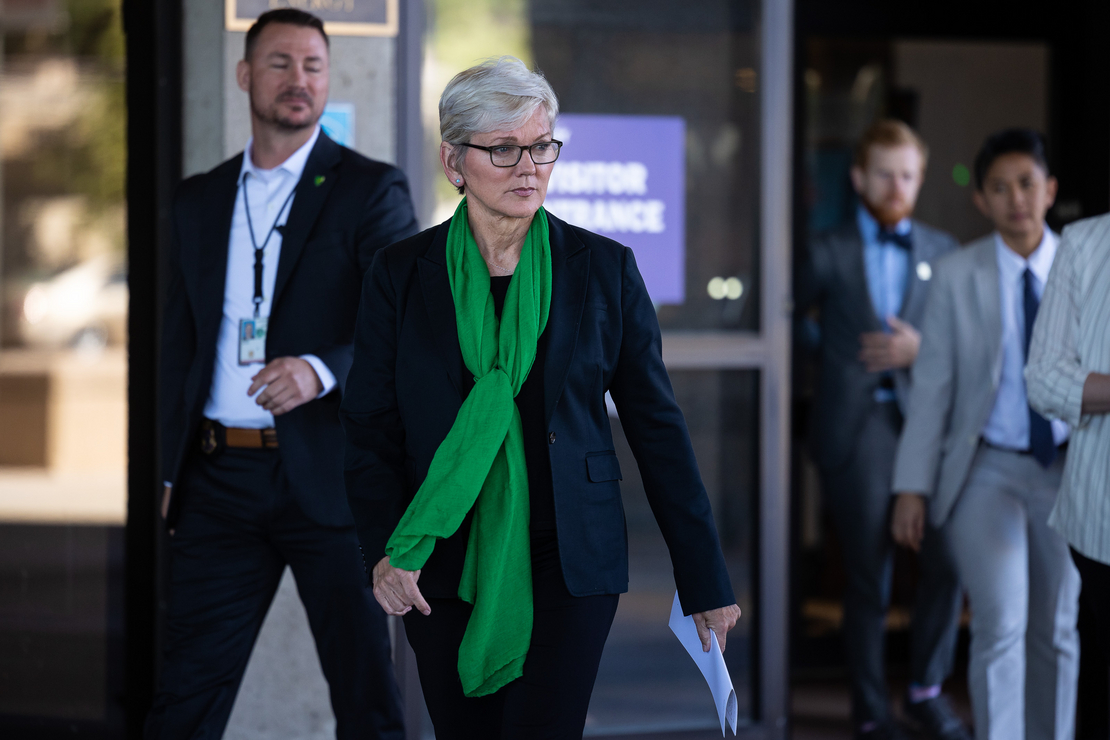 The OSC, an independent federal watchdog, said Granholm violated the Hatch act during a Marie Claire Instagram live video in which she said it was “good news” that Democrats had won a majority in Congress.

The Hatch Act is a federal law that prohibits executive branch employees from using federal resources to participate in some forms of political activity. The OSC helps enforce civil service rules.

“Because Secretary Granholm engaged in activity directed at the success of the Democratic Party during an interview she gave in her official capacity — she violated the Hatch Act’s use of official authority prohibition,” Erica Hamrick, deputy chief for the Hatch Act Unit at the Office of Special Counsel, wrote in a filing.

As a result, the OSC chose to issue a warning to Granholm. A more severe punishment was not recommended because the watchdog determined that she did not knowingly violate the Hatch Act and that she hadn’t received proper training on the federal law before she made those comments.

The investigation was conducted in response to a complaint submitted by the Foundation for Accountability and Civic Trust (FACT), a conservative watchdog group that has submitted several complaints over Democratic officials violating the Hatch Act (E&E News PM, Aug. 26, 2020).

“She even acknowledged the Hatch Act and that it applied to her remarks, but, despite this, she made political statements and advocated for a political party’s candidates,” said Kendra Arnold, executive director of FACT, in a statement. “We are satisfied the Office of Special Counsel investigated thoroughly and found a clear violation in this case.”

“The Office of Special Counsel has advised the Secretary of a single unintended and unknowing infraction and this complaint is now closed,” said the DOE spokeperson. “She remains laser focused on delivering President Biden’s equitable clean energy agenda which will help lower energy costs for American families and enhance our nation’s security.”

The Office of Special Counsel can recommend disciplinary action, but does not have authority to discipline federal officials.

FACT had also accused Granholm of a Hatch act violation for a post she sent from her official Twitter account pushing for a certain outcome in a Maine ballot. The Office of Special Counsel determined that the tweet did not constitute a Hatch act violation because the subject was a ballot initiative.