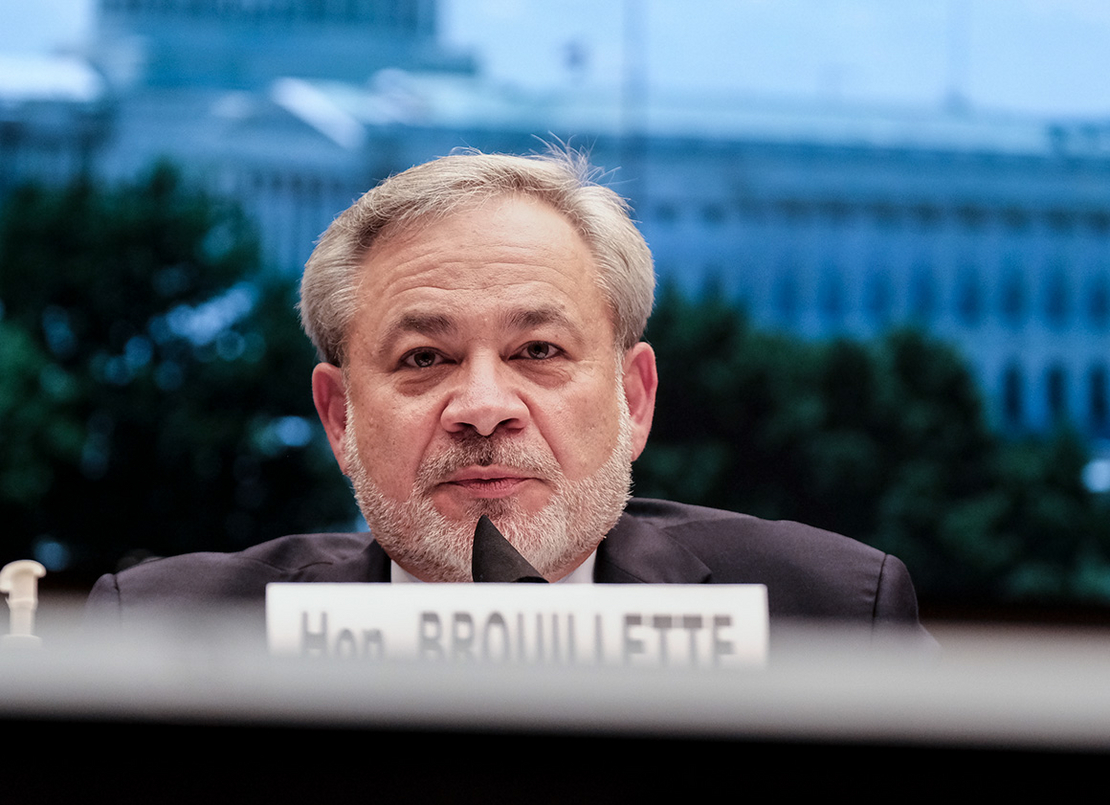 Brouillette was one of more than a dozen Trump administration officials that the independent Office of Special Counsel found to have violated the Hatch Act, a key law prohibiting federal employees from using government resources for electoral politics. The findings were in a major report today wrapping up numerous Hatch Act allegations from last year’s election season.

The watchdog agency also scrutinized a series of actions taken by then-Interior Secretary David Bernhardt or on his behalf, including an opinion piece and some tweets. Although it stopped short of concluding Bernhardt violated the Hatch Act, it said some of his official actions were meant to advocate for Trump’s reelection.

Brouillette and the other senior Trump officials in question “intentionally ignored the law’s requirements and tacitly or expressly approved of senior administration officials violating the law,” the OSC said in its report.

“This report confirms that there was nothing less than a systematic co-opting of the powers of the federal government to keep Donald Trump in office,” Noah Bookbinder, president of Citizens for Responsibility and Ethics in Washington, said in a statement.

“Senior Trump administration officials showed an open contempt for the law meant to protect the American people from the use of taxpayer resources and government power for partisan politics,” Bookbinder added, calling on Congress to strengthen the Hatch Act. Bookbinder’s group filed many of the complaints that led to the report.

At issue in Brouillette’s case is an October 2020 appearance on Fox News Radio’s "Brian Kilmeade Show," where he warned against then-presidential hopeful Joe Biden’s proposal to ban new oil and natural gas drilling permits on federal land and offshore. Brouillette did not specifically name Biden in the interview but said the then-candidate’s stance on hydraulic fracturing was "an enormous deal” (Energywire, Oct. 27, 2020). He was appearing in his official capacity as secretary of Energy.

The OSC said those statements were a violation.

“Making those statements, and the other similar statements and actions that OSC concludes violated the Hatch Act, was akin to campaign activity,” the office said in its report today. “And wielding the official authority of the government to make partisan political statements is exactly the sort of conduct that the Hatch Act was meant to prohibit.”

During the OSC’s probe, Brouillette told investigators that he “intentionally deflected [his] response to avoid commenting on the election or specific comments made by candidates,” the OSC said, but the office did not buy that explanation.

A spokesperson for California-based Sempra, an energy and infrastructure company where Brouillette now works, said the former secretary was unable to respond to a request for comment today due to travel.

For Bernhardt, ‘little more than a campaign ad’

The probe into Bernhardt focused on his official actions to promote Trump’s agenda on conservation, like dozens of tweets, an official Interior Department report, a video on the president’s record “that appeared to be little more than a campaign ad focused on the administration’s first-term conservation accomplishments” and an opinion piece under Bernhardt’s byline.

The OSC said an employee involved in the video warned that it might be seen as political, and expressed concern about the opinion piece. An early draft of the piece started with “As Election Day approaches,” which was removed in editing.

The watchdog office said Interior’s promotions of Trump “were intended to promote President Trump’s reelection” and went “beyond what OSC intended in its advisory opinions.”

In response to questions about the report, Bernhardt pointed out to E&E News that the OSC puts at least some blame on its own existing guidance for how agencies should comply with the Hatch Act. The OSC acknowledged that Interior officials relied on the agency’s prior guidance in crafting the messaging, so it concluded that Bernhardt’s actions did not violate the law.

That’s relevant because, as Bernhardt put it, “any actions I took were only taken after dedicated career attorneys approved the activity after they reviewed the prior OSC guidance.”

He continued: “Perhaps OSC should improve their guidance, which they seem to try to do in the report. Obviously, I have been informed that my actions did not violate the Hatch Act, which is unsurprising because I was dedicated to compliance with the law and acting in accord with OSC’s published guidance."

Central to the OSC’s investigation was the 2020 Republican National Convention, which Trump partially hosted at the White House and on its grounds, where he gave his speech to accept the GOP’s nomination for the presidential race. The OSC said the law currently is “unclear” as to whether that was allowable.

Because none of the people featured in today’s report is a current federal employee, they cannot be punished.