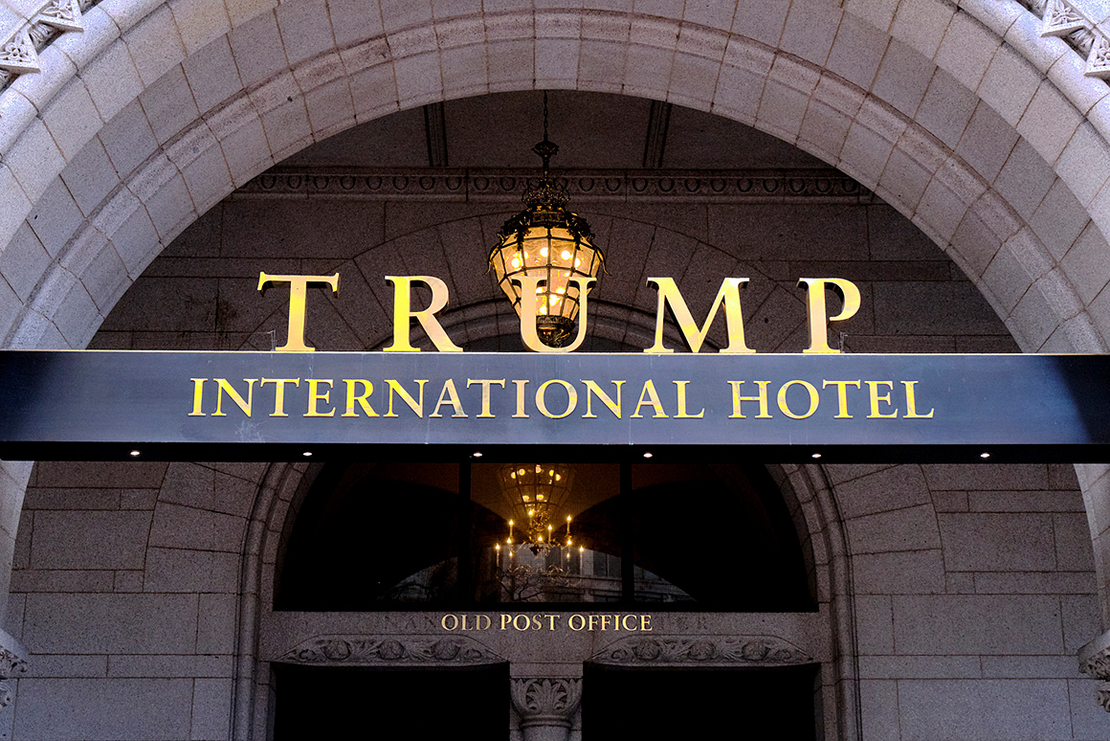 This 2019 photo shows the north entrance of the Trump International Hotel in Washington. Donald Trump's luxury hotel near the White House has received government approval to hand the keys to a Miami investment fund in a sale many industry experts doubted would ever go through. Mark Tenally, File/AP Photo

The General Services Administration, the owner of the property, signed off on the reported $375 million sale of the lease by the former president’s real estate company to $40 billion Miami-based investment fund CGI Merchant Group after a 45-day review of whether CGI was a legitimate and successful business.

“The confirmation was based on an extensive and exhaustive due diligence review of the documentation provided in support of the proposed assignment,” the GSA said in a statement Friday.

Should the sale go through, CGI will receive the rest of the 60-year lease that was signed by the Trump Organization in 2013, with the intention of converting the building into a Waldorf Astoria luxury hotel in partnership with Hilton Worldwide Holdings Inc., according to the GSA.

Investors in the fund purchasing the hotel include former Yankees baseball star Alex Rodriguez, a vocal critic of the former president whom Donald Trump once called a “druggie” and a “joke.”

Trump is estimated to turn a profit on the sale despite what a congressional oversight committee estimated to be a $70 million loss for the hotel over the former president’s four-year term, combined with $200 million in renovations.

Trump’s hotel has long been in the hot seat of democratic probes as opponents argue the former president used the Pennsylvania Avenue destination to curry favor with the diplomats and lobbyists who stayed there. The hotel has seen lawsuits and even an investigation by the House Oversight and Reform Committee.

“A sale of the Trump Hotel does not resolve the committee’s grave concerns about former President Trump’s conflicts of interest,” New York Democratic Rep. Carolyn Maloney, the committee’s chairwoman, told the Associated Press. “No one is above the law.”

The hotel and its government landlord have also drawn controversy in the past for how they managed the building.

The GSA faced a Government Accountability Office probe after it used government funds to reopen the Old Post Office Tower amid the 35-day 2018 government shutdown. Government documents released to E&E News revealed the GSA and the National Park Service, which operates the historic tower, spent as much as $600,000 to keep the tower operational (Greenwire, March 21, 2019).