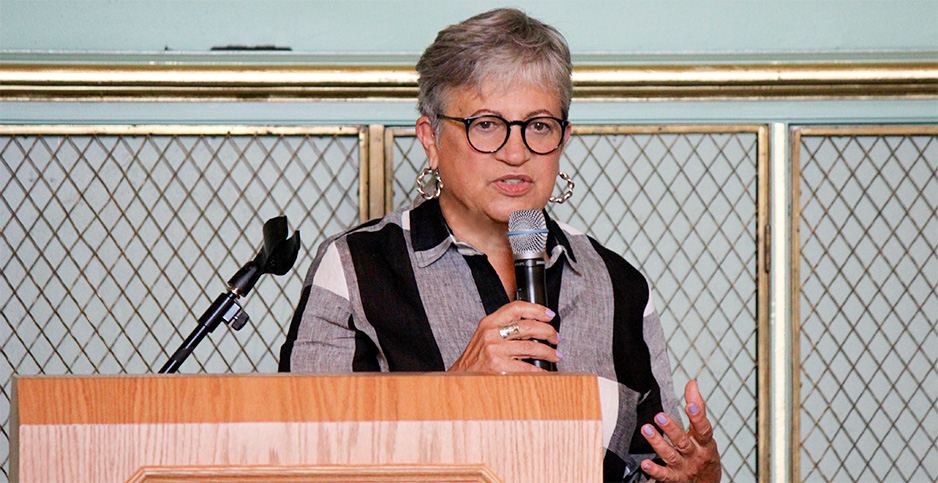 California Air Resources Board Chairwoman Mary Nichols is among the defendants in the Justice Department's fight over the Golden State's cap-and-trade agreement with Quebec. @AirResources/Twitter

The federal government wants to make quick work of its challenge to California’s 2017 cap-and-trade deal with Quebec.

Justice Department attorneys yesterday called on a federal court to halt the state’s agreement with the Canadian province to curb and create a market for greenhouse gas emissions. DOJ sued in the U.S. District Court for the Eastern District of California in October on claims that the state had crafted an "independent foreign policy" that flouted federal law.

Legal experts said at the time that DOJ had long been expected to file such a lawsuit and that California officials had brokered their deal with Quebec to avoid many of the issues the government raised in its complaint (Greenwire, Oct. 23).

"This is to ensure the United States speaks with one voice on the international stage and to enable the federal government to negotiate competitive agreements on behalf of the nation as whole," they wrote.

Defendants in the case, a group that includes California Gov. Gavin Newsom (D) and California Air Resources Board Chairwoman Mary Nichols, have until Jan. 6 to respond to DOJ’s challenge.

"California’s Cap-and-Trade Program has existed since 2012 and was only strengthened from our collaboration with Quebec," state Attorney General Xavier Becerra (D) said in a statement after DOJ filed its lawsuit in October. "California has long been a leader in fighting climate change for the sake of protecting public health, our natural resources, our economy, and indeed our planet.

"We will continue leaning forward," he continued. "We have no plans to back down."

In addition to alleging that the cap-and-trade deal between California and Quebec was illegal, the government raised concerns in its lawsuit that the agreement could encourage similar negotiations by other states.

"Allowing individual states in the Union to conduct their own foreign policy to advance their own narrow interests is thus anathema to our system of government and, if tolerated, would unlawfully enhance state power at the expense of the United States and undermine the United States’ ability to negotiate competitive international agreements," DOJ attorneys wrote.

Attorneys for the department requested a Jan. 13 court hearing to consider its motion for summary judgment.