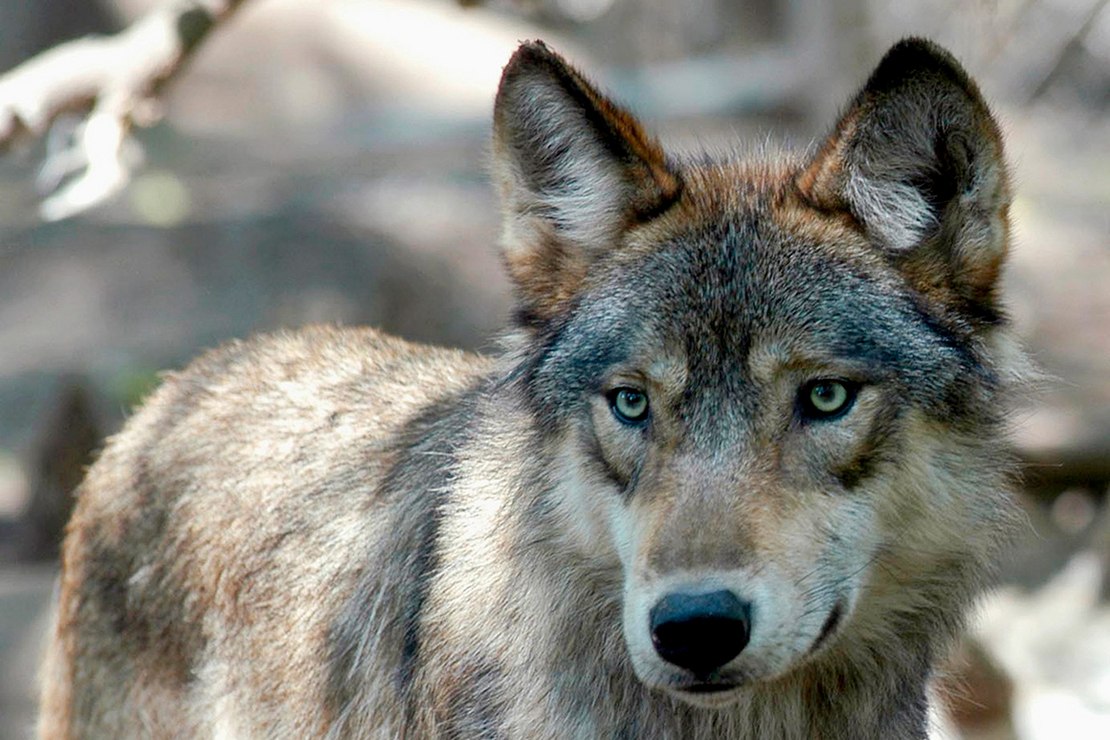 The Biden administration said yesterday that federal protections may need to be restored to protect gray wolves in Western states that have expanded hunting of the animals. Dawn Villella/Associated Press

Citing “substantial, credible information indicating that a listing action may be warranted,” the federal agency announced it will initiate a comprehensive status review that could last a year or more.

The review formally launches tomorrow with publication in the Federal Register, kicking off an in-depth study that could make some political fur fly.

“The Service finds the petitioners present substantial information that potential increases in human-caused mortality may pose a threat to the gray wolf in the western U.S.,” the Fish and Wildlife Service said.

The review was prompted by two petitions proposing to list the gray wolf’s Northern Rocky Mountain distinct population segment (DPS) or a new western DPS as a threatened or endangered species.

Molvar, whose group joined with some 70 others in filing one of the petitions, added that “wolves deserve immediate protection, today, to prevent further human depredations.”

Daines added that “if the Biden administration follows the science and data, I am confident this review will prove once again that the gray wolf is recovered and Montana is succeeding in its management of the species.”

In a similar vein, Rep. Bruce Westerman (R-Ark.) stated that “forcing agencies to conduct meaningless reviews to examine recovered species is not accomplishing any long-term goals when state wildlife experts are already managing and caring for species local to their communities.”

Westerman is the ranking Republican on the House Natural Resources Committee.

In March 2019, the Fish and Wildlife Service proposed delisting the species, first identified as endangered decades ago, after concluding that the population in the Lower 48 had rebounded (Greenwire, July 16, 2019).

Gray wolves in the Northern Rocky Mountains, including Montana, Idaho, and eastern portions of Oregon and Washington state, were previously delisted in 2009.

Much legal and political action ensued.

The broader delisting for the Lower 48 was made final last year and took effect Jan. 4. Until now, the Fish and Wildlife Service has defended the move.

“The delisting action recognizes the successful recovery of one of the most iconic species to our nation’s natural heritage, which currently numbers more than 6,000 wolves," Gary Frazer, the FWS assistant director for ecological services, wrote earlier this year (E&E News PM, Feb. 1).

Since then, the Biden administration has come under increasing pressure to think again, for at least some populations.

Under the Endangered Species Act, a distinct population segment is a portion of a species’ or subspecies’ population or range and is defined geographically instead of biologically.

Both petitions also proposed an alternative DPS to include all, or part, of the Northern Rocky Mountain DPS states along with California, Colorado, Nevada and, in one petition, northern Arizona.

In particular, the Fish and Wildlife Service said that “the petitioners present credible and substantial information that human-caused mortality may be a potential threat to the species in Idaho and Montana.”

These two states account for about 75 percent of gray wolves in a potential Northern Rocky Mountain or Western DPS.

“The petitioners also provide credible and substantial information that new regulations in these two states may be inadequate to address this potential threat,” FWS said.

Collin O’Mara, president and CEO of the National Wildlife Federation, said, “We appreciate the U.S. Fish and Wildlife Service’s willingness to take a hard look at the science to determine whether recent legislative actions to reduce wolf populations in certain Western states will have a detrimental effect on wolf recovery, and what steps may be necessary to ensure the recovery of healthy gray wolf populations throughout their historic range.”