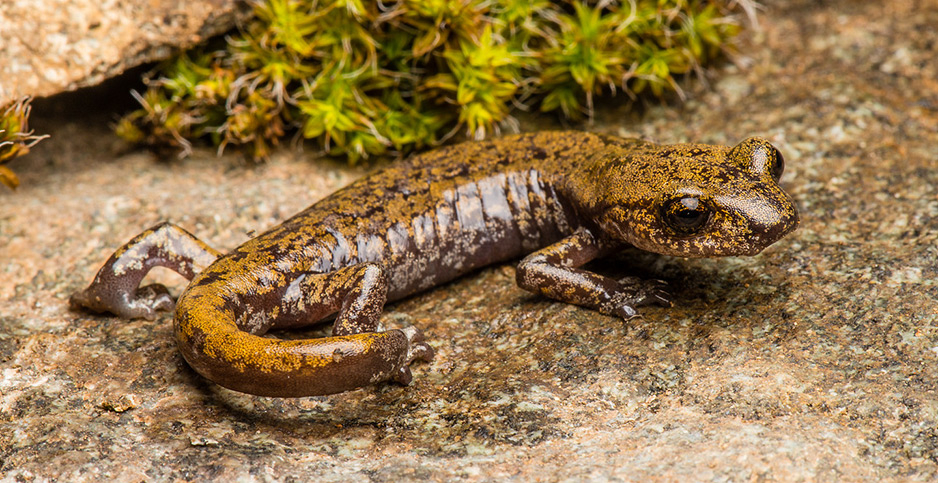 The Fish and Wildlife Service has denied federal protections to three salamander species, including the Shasta salamander, that environmentalists fear could be endangered by a California dam project. John P Clare/Flickr

The Fish and Wildlife Service said today it will deny federal protections to three salamander species that environmentalists fear could be put in danger by a proposed California dam project.

"Although the potential raising of Shasta Dam would affect individuals and inundate or remove additional habitat for the three species, the extent of the potential loss of known detection sites and habitat areas that can support individuals is very limited relative to the overall number of detection sites and remaining available suitable habitat in each species’ range," FWS said.

The three species are very similar except that the Shasta salamander has longer third digits on its rear feet, and the adults grow to about 2 to 2.5 inches.

"The current range of the three species is similar to their historical range with likely some loss due to the construction of Shasta Dam and subsequent inundation from Shasta Lake in the 1950s," the Fish and Wildlife Service stated.

Farmers served by the federal Central Valley Project have pushed for raising the dam and enlarging the reservoir. But environmentalists and state officials oppose the $1.3 billion dam-raising project proposal, saying it would flood the McCloud River, which is protected by state law (Greenwire, June 28, 2019).

During the Trump administration, though, Congress appropriated $20 million toward preconstruction activities in an omnibus spending bill.

The Bureau of Reclamation last November finished its environmental review of raising the 600-foot dam in Northern California by 18.5 feet, expanding the reservoir’s capacity by more than 200 billion gallons.

The Shasta salamander was listed by California as a single, threatened species under the state Endangered Species Act before it was split into three separate species in 2018.

Like many ESA decisions, this one has unfolded over many years.

In 2012, FWS received a petition from the Center for Biological Diversity to list 53 species of reptiles and amphibians, including the Shasta salamander, as endangered or threatened under the federal ESA.

In 2015, the agency determined that the petition "presented substantial scientific or commercial information indicating that listing the Shasta salamander as endangered or threatened may be warranted."

In 2018, the Fish and Wildlife Service was sued by the Center for Biological Diversity and the Environmental Protection Information Center for not finishing its decisionmaking.

"The creation of what is now called the Shasta Reservoir led to continued threats to the salamanders, including constantly expanding recreational development along the shoreline area," the lawsuit stated, adding that "plans to raise the level of Shasta dam pose an imminent threat to the survival of the salamanders."

Under a subsequent court-approved settlement agreement, FWS agreed to deliver a so-called 12-month finding for the Shasta salamander to the Federal Register by April 30, 2021.

The finding will be published tomorrow.

The recovered bird species and four plant species live only on San Clemente Island, one of the Channel Islands off the southern coast of California.