Feds on notice as court smacks down climate review for coal 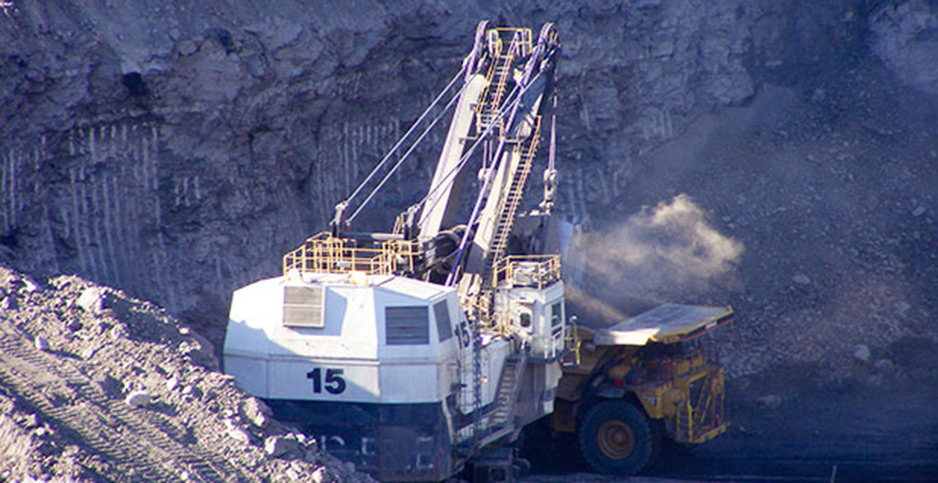 A major court decision dressing down the federal government for "irrational" consideration of the climate impacts of coal leasing stands to reverberate throughout the Trump administration.

A three-judge panel rejected BLM’s "perfect substitution" theory, a recurring agency argument that suggests federal coal leasing has no significant impact on the climate because steady U.S. demand means that if coal isn’t mined on federal land, the same amount will be mined elsewhere.

Now the ruling is expected to feature prominently in other challenges working their way through agencies and the courts. It provides new ammunition for critics who scrutinize federal environmental reviews for not looking closely enough at climate change.

"This opinion is significant because it means that future federal agencies cannot just rest on these questionable assumptions and will have to do meaningful analysis as to the actual greenhouse gas emission effects from their leasing decisions," said Jayni Hein, policy director at New York University School of Law’s Institute for Policy Integrity. "They can’t just conclude that there’s no net effect."

The decision also puts BLM on notice. In the near term, the agency must revise its 2010 environmental impact statement for the Wright Area leases at issue. More broadly, the court’s rebuke is expected to spur the agency to, at the very least, show its work more clearly in other analyses.

"The tools are there, and the courts have said, ‘You’re not going to get away with just sweeping all these impacts under the rug,’" said WildEarth Guardians attorney Samantha Ruscavage-Barz, who represented environmentalists in the case. "So I would hope that they would take it seriously and do the analysis.

"That’s the goal of NEPA," she added. "It’s supposed to inform your decisionmaking and also inform the public about the impacts of your decision."

BLM has not yet commented on the ruling.

The 10th Circuit’s opinion was unusually biting. It started with a critique of BLM’s administrative record for the coal leases, finding that the agency didn’t have enough information to support its conclusion that any forgone federal coal production would be replaced by private development.

While the court could have stopped there, the opinion went a step further, scorching the heart of BLM’s analysis.

"Even if we could conclude that the agency had enough data before it to choose between [leasing and not leasing], we would still conclude this perfect substitution assumption [is] arbitrary and capricious because the assumption itself is irrational (i.e., contrary to basic supply and demand principles)," said the opinion, written by Judge Mary Beck Briscoe, a Clinton appointee.

The court’s critique focused on the magnitude of the Wright Area leases, which hold 2 billion tons of coal and extend the life of two massive surface mines that account for some 20 percent of U.S. coal production.

Contrary to BLM’s assertion that coal would simply be mined elsewhere if the leases were nixed, the opinion noted that market forces would likely throw off that theorized swap.

That’s because Powder River Basin coal is generally cheaper than varieties produced elsewhere. BLM’s analysis suggests replacement coal would likely be mined from outside the basin, but the agency does not account for the price differences, the court said.

Citing U.S. Energy Information Administration data, the opinion noted that "when coal carries a higher price, for whatever reason that may be, the nation burns less coal in favor of other sources. A force that drives up the cost of coal could thus drive down coal consumption."

"Lessened demand for coal results in less use of coal, which results in less impact on the climate," Senior Judge Bobby Baldock, a Reagan appointee, wrote in a concurring opinion.

The decision marks the first time an appellate court has tackled the "perfect substitution" theory for coal leasing head-on. The 8th U.S. Circuit Court of Appeals was similarly unpersuaded in a 2003 case dealing with rail transport for coal. And a district court in Colorado also spurned the argument in a 2014 lawsuit, but that case was never appealed.

Environmental lawyers, who have taken aim at the theory for years, cheered the 10th Circuit’s conclusion.

"The court recognized that BLM’s been using this flawed logic just to get out from doing this analysis and disclosing to the public the impacts of a decision like this — a major leasing decision that sets the course for energy for the next decade or more," WildEarth Guardians’ Ruscavage-Barz said.

Sierra Club attorney Nathaniel Shoaff, who was also involved in the case, noted that a similar substitution analysis is included in every coal lease review BLM has handled over the past several years.

"Every one of those decisions is now called into question by this decision," he said.

Many other coal development approvals also fall under the 10th Circuit’s jurisdiction.

The ruling is a milestone in the ongoing evolution of legal precedent on NEPA and climate change.

"We are seeing some significant victories in the courts specifically on how agencies need to better account for the climate change impacts of their decisions," said Hein of the Institute for Policy Integrity, which filed an amicus brief in the case criticizing BLM’s analysis.

Indeed, courts have been especially active on climate issues over the past month. In August, a district court in Montana ruled that federal regulators did not closely consider indirect and cumulative climate impacts from a coal mine expansion.

A week later, the U.S. Court of Appeals for the District of Columbia Circuit faulted the government for not doing in-depth analysis of the downstream greenhouse gas emissions of a natural gas pipeline in the Southeast.

Critics have suggested that some judges are interpreting NEPA too broadly — even reaching beyond the scope of the statute to land on a climate-friendly conclusion.

"It expands the concept of environmentally informed decisionmaking by practically redefining the minimums for what constitutes flyspecking and then changes the fundamental nature of the action under review," said Comer, who previously served in the solicitor’s office at the Interior Department.

Comer and many other critics say climate impacts from burning coal fall outside the proper scope of BLM’s NEPA analysis because other federal- and state-level decisionmakers have authority over the power plants where those emissions will eventually occur.

Bracewell attorney Kevin Ewing cautioned that expansive interpretations of NEPA effectively ask land management agencies like Interior to act as climate science agencies. They don’t have the expertise, he said, and, moreover, the linkage between site-specific emissions and follow-on climate effects is still too tenuous to permit confident analysis.

Other recent court decisions have recognized such limitations, deferring to federal agencies in their determination of the proper scope and approach to climate analysis in NEPA reviews.

A week before the D.C. Circuit’s recent pipeline decision, for example, a panel of judges on the same court upheld the Department of Energy’s decision to forgo quantitative analysis of indirect climate impacts from liquefied natural gas exports. The court deferred to the agency’s determination that such analysis would be speculative and unreliable.

Comer said if he were still at Interior, he would recommend that the agency challenge last week’s coal ruling.

"I don’t think that this decision is one that will stand the test of time in review in other circuits, or were it to be reviewed by the Supreme Court or in an en banc panel of the 10th Circuit," he said.

He added that he believes the Trump administration is on the right track with recent efforts to streamline NEPA reviews. While attempts to expand analyses to shield agencies from legal challenges could be in tension with recent page limits set by Interior, Comer said BLM could instead avoid future unfavorable court decisions by issuing policy guidance on NEPA regulations that establishes a narrower scope.

Back in the Powder River Basin, the immediate impacts of last week’s decision are unsettled.

The appeals court ordered BLM to revise the EIS, but it declined to scrap the underlying leases. Instead, it remanded the case for the U.S. District Court for the District of Wyoming to sort out the next steps.

The 10th Circuit opinion noted that because the issue is "fairly narrow," the district court might opt to vacate BLM’s approval or "fashion some narrower form of injunctive relief."

Representatives from the National Mining Association and Peabody Energy Corp., one of the primary leaseholders, said they were glad the leases were not vacated and expressed confidence that the district court will ultimately allow them to move forward. Three of the leases at issue are currently being mined.

"That’s a pretty big violation, not just of the words of the law, but of the public trust," WildEarth Guardians climate and energy campaigner Jeremy Nichols said. "This is not just Arch Coal’s resource; it’s not Peabody’s resource; it’s the American public’s resource, so I would hope that we’d at least get a fair shot to make our case."

He noted, however, that the Wyoming court may be more sympathetic to BLM and the mining companies.