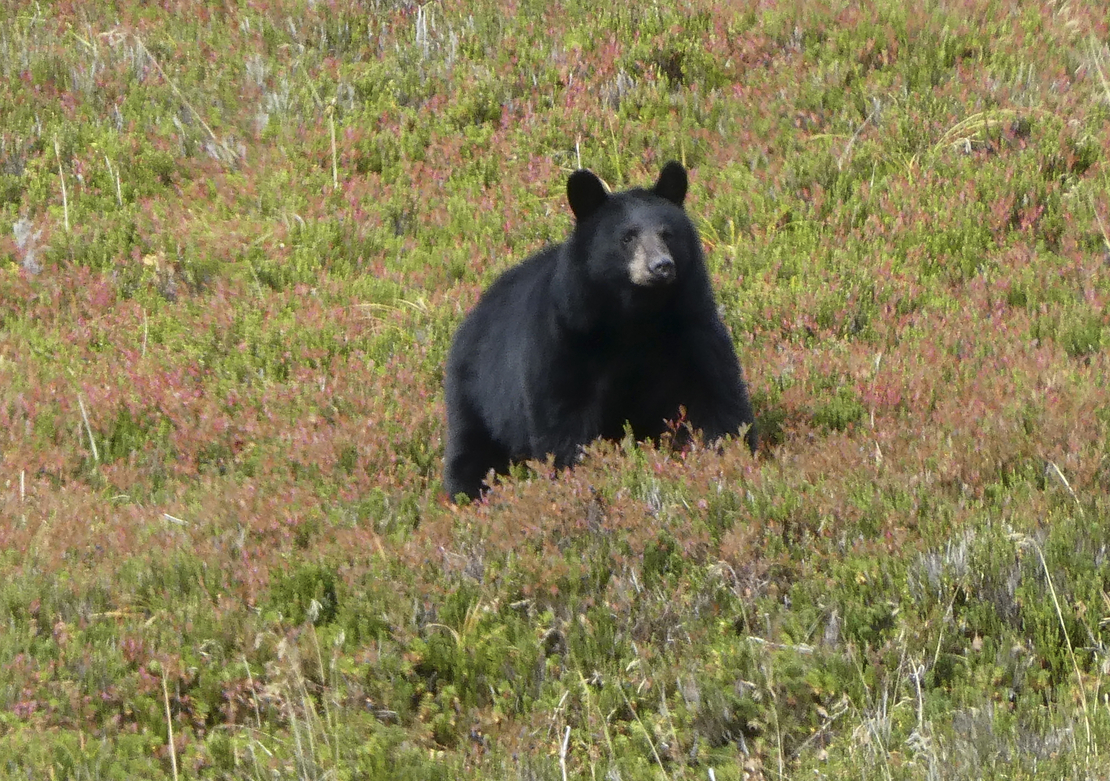 A black bear walking in October 2017 in the Granite Basin, amid low-lying blueberry thickets, in Juneau, Alaska. Becky Bohrer/AP Photo

The National Park Service on Friday proposed reviving a ban on bear baiting for sport hunting on national preserves in Alaska.

“This proposal would lower the risk that bears will associate food at bait stations with humans and become conditioned to eating human-produced foods, thereby creating a public safety concern,” the National Park Service stated today.

The agency added that the proposed ban “would also lower the probability of visitors encountering a bait station where bears may attack to defend a food source.”

In its 2020 rule that allowed bear baiting, the National Park Service concluded that there was a lack of conclusive evidence that the practice posed safety concerns.

NPS on Friday acknowledged the “lack of peer-reviewed data demonstrating that bear baiting poses a public safety risk,” but the agency added that its own survey was persuasive.

“These technical experts’ unanimous opinion was that bear baiting will increase the likelihood of defense of life and property kills of bears and will alter the natural processes and behaviors of bears and other wildlife,” the agency said.

The bear baiting ban would cover hunters on more than 22 million acres of National Park Service-administered land in the state.

Conservation groups and their allies hailed the proposed change.

“We have long argued that our government must protect our nation’s treasured wildlife and not be working hand-in-hand with trophy hunters to sanction some of the most ruthless killing methods targeted at defenseless animals,” said Kitty Block, president and CEO of the Humane Society of the United States.

Alaskan officials have decried the federal limits, and the issue has been a litigation, political and public relations free-fire zone in recent years.

The park service’s 2015 hunting restrictions on national preserves adopted during the Obama administration were essentially mirrored in 2016 by the Fish and Wildlife Service imposing similar limits on 16 Alaska refuges spanning nearly 77 million acres.

Safari Club International and the state of Alaska sued to challenge the two sets of Obama-era rules.

The park service subsequently reported receiving approximately 211,780 pieces of correspondence, with a total of 489,101 signatures, during the public comment period for the Trump administration rule that allowed bear baiting.

More than 99 percent of the public comments opposed the 2020 rule.

In turn, the Center for Biological Diversity in 2020 joined other conservation organizations in filing a lawsuit against the the Trump administration rules.

The park service said that discussions with tribes indicate that “baiting bears is not a common activity in or near national preserves and not something done commonly by local rural residents,” but also noted that “a minority — mostly entities affiliated with the Wrangell-St. Elias area — recommended continuing to allow sport hunters to harvest bears over bait, including with use of processed foods like donuts and dog food.”