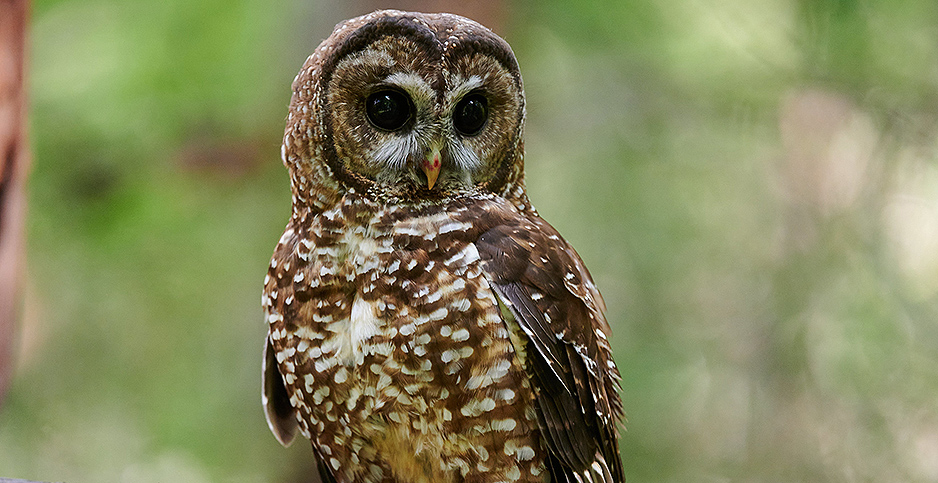 The Fish and Wildlife Service today proposed a significantly larger critical habitat for the threatened northern spotted owl than had been designated in the final days of the Trump administration.

The Trump administration had excluded more than 3 million acres, mostly in Oregon. The final amount soared well beyond the 204,653 acres proposed for exclusion in August 2020.

“The large additional exclusions made in the January Exclusions Rule were premised on inaccurate assumptions about the status of the owl and its habitat needs, particularly in relation to barred owls,” FWS said today.

The action replaces the Trump move with a proposal to exclude a little over 200,000 acres of Bureau of Land Management lands in southwest Oregon.

“We’re glad to see protections for the highly imperiled spotted owl restored, but all of this land should have been safeguarded,” said Noah Greenwald, endangered species director at the Center for Biological Diversity. “If we’re going to address both the extinction and climate crises, we must protect more forests from logging.”

FWS listed the northern spotted owl as a threatened species under the ESA in 1990, sparking a long-running debate over its critical habitat (Greenwire, July 17, 2020).

Critical habitat is land deemed “essential for the conservation of the species.”

Any federal agency seeking to authorize, fund or carry out an action on designated land must first consult with FWS to ensure that the action is “not likely to … result in the destruction or adverse modification” of critical habitat.

A 1992 rule designated 6.9 million acres of critical habitat for the owl, all on federal lands, but was revised as a result of a 2003 settlement agreement with the timber industry.

The George W. Bush administration in 2008 finalized a revised critical habitat designation of 5.3 million acres, but that plan was later discarded by the Obama administration.

In 2012, FWS finalized, again, the owl’s habitat. About 9.3 million acres of mostly BLM and Forest Service lands, along with about 300,000 acres of state lands, mostly in Oregon, were included in the 2012 rule.

“The species has experienced rapid population declines and potential extirpation in Washington and parts of Oregon, is functionally extinct in British Columbia, and continues to exhibit similar declines in other parts of the range,” FWS noted today.

Populations of northern spotted owls in Oregon and Washington have declined by over 50%, with some declining by more than 75% since 1995, FWS said.