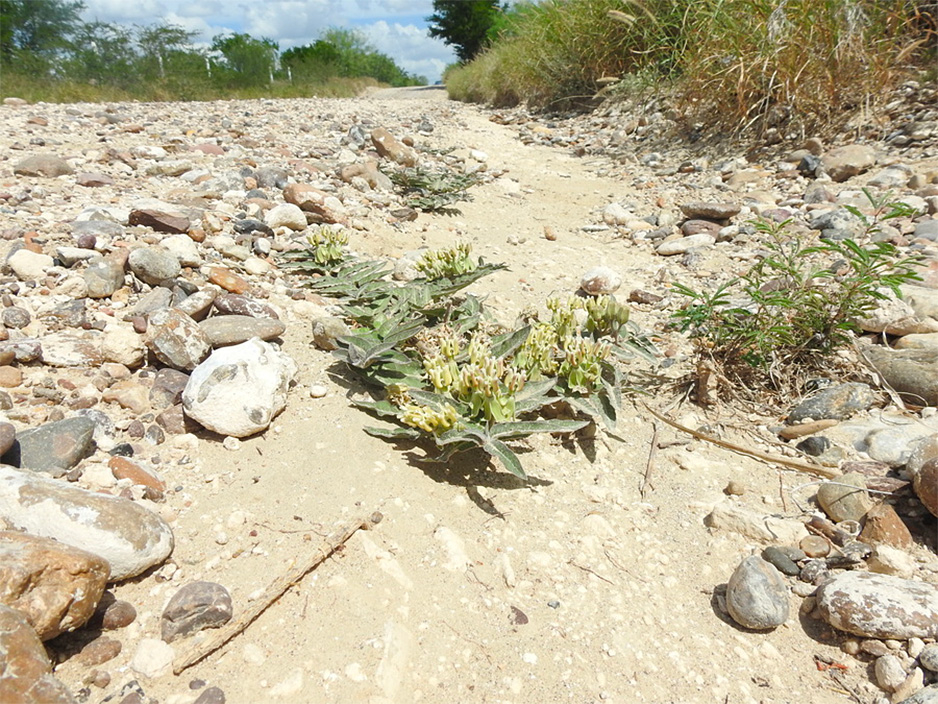 The Fish and Wildlife Service today proposed Endangered Species Act protections for the prostrate milkweed, a plant found in Texas that’s been awaiting action for quite some time.

The agency’s proposal to list the plant as endangered and designate about 691 acres as critical habitat comes nearly 15 years after an environmental group now called WildEarth Guardians filed a listing petition. In 2009, the FWS determined a status review was needed.

All known prostrate milkweed populations are located within 9 miles of the U.S.-Mexico border, and they face several kinds of threats.

The agency added that the construction of border barriers, roads and drag strips also poses potential serious threats to prostrate milkweed populations, depending on their alignment and design.

A perennial species with cream, yellow, greenish or pinkish flowers, the plant is distinctive for the way its leaves and stems sprawl outward along the ground. It likes open spaces with full sun, and has a special relationship with the very large wasps that serve as pollinators.

“Pollinators are attracted to the copious nectar produced deep within the flower,” the Fish and Wildlife Service noted. “To reach the nectar, insects of a particular size are forced against the flower’s central stalk in such a way that … sack-like structures full of pollen grains adhere to their legs.”

The FWS added that “when the insect then visits another flower of the same species, the sacks are often wedged against the receptive female structure and detach, thus delivering a large load of pollen and effecting fertilization.”