Feds protect a bumblebee unseen since 2006 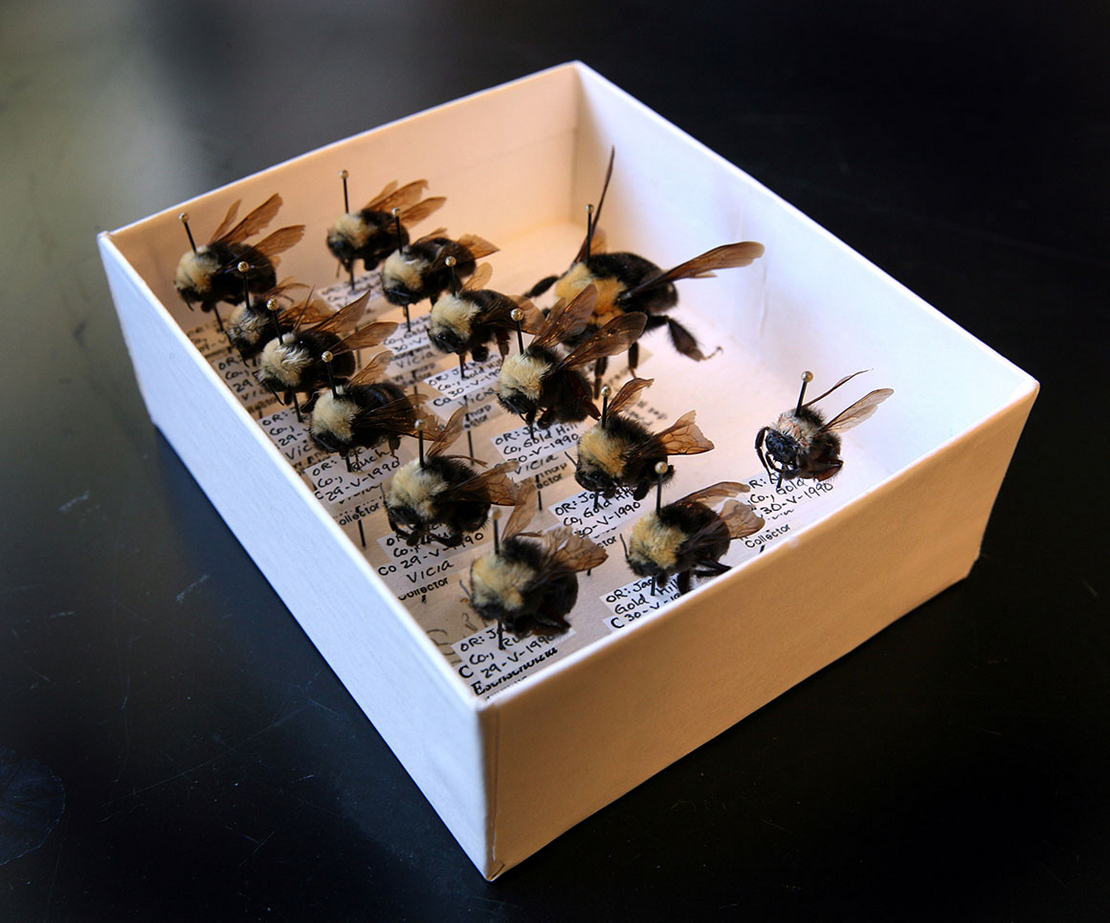 The Fish and Wildlife Service has added the Franklin's bumblebee, pictured, to the list of protected species. Steve Yeater/AP Photo

The species was last spied by a human 15 years ago.

“Even though none have been seen since 2006, Franklin’s bumble bee populations could potentially persist undetected,” the service stated.

The federal agency added that “the lack of systematic surveys across the historical range of the species over time prevents us from using occurrence records to extrapolate reasonable estimates of species abundance … or from concluding that the species is extinct.”

The service is listing the species as endangered under the ESA but is not designating critical habitat.

“As one of the rarest Bombus species, Franklin’s bumble bees are somewhat enigmatic, and a specific habitat study for the species has not been completed,” the agency said.

Generally, like its bee brethren, the Franklin’s bumblebee requires a constant and diverse supply of flowers that bloom from spring to autumn and are typically found in moist, open meadows.

“Because the bee is considered to be flexible with regards to its habitat, the availability of habitat does not limit the conservation of the Franklin’s bumble bee now, nor will it in the foreseeable future,” FWS reasoned.

First identified in 1921, the Franklin’s bumblebee has lived in Douglas, Jackson and Josephine counties in Oregon and Siskiyou and Trinity counties in California.

In 2010, the Xerces Society for Invertebrate Conservation and the late Robbin Thorp, a professor emeritus from the University of California, Davis, petitioned FWS to list the species. The service proposed to list it in 2019 (Greenwire, Oct. 14, 2019).

Thorp was the last human known to have seen a Franklin’s bumblebee. Twenty bees were located in 1999, nine individuals were observed in 2000 and only three were seen in 2003.

Last February, the Center for Biological Diversity joined with the Bombus Pollinator Association of Law Students of Albany Law School in filing a petition with the Fish and Wildlife Service to list the American bumblebee.

The petition recounted that "in the last 20 years, the American bumblebee has vanished from at least eight states, mostly in the Northeast, and it is in precipitous decline" elsewhere.

"Once the most commonly observed bumble bee in the United States, the American bumble bee … continues to decline toward extinction due to the disastrous, synergistic impacts of threats including habitat loss, pesticides, disease, climate change … and loss of genetic diversity," the petition stated.

FWS listed a distinct species, the rusty patched bumblebee, as endangered in 2017.