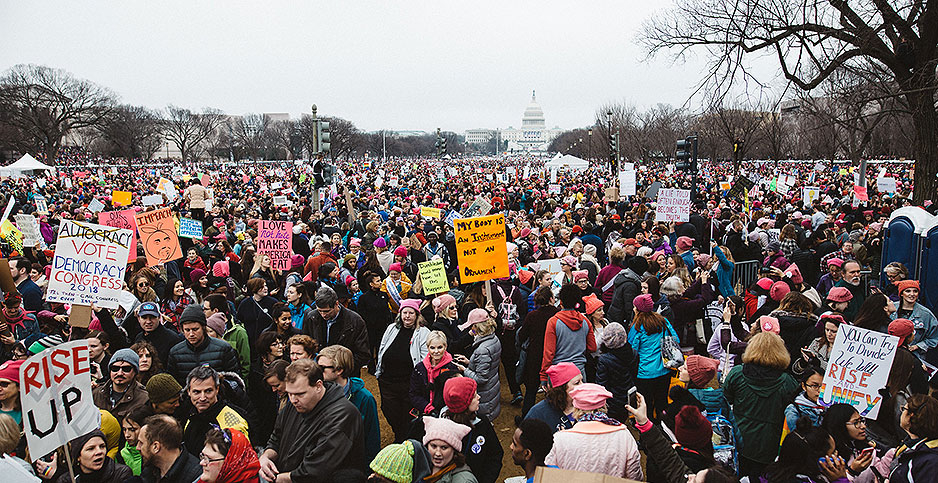 The National Park Service withdrew a proposal to charge fees for protests on the National Mall. The Women’s March on Washington in January 2017 is pictured. Molly Adams/Flickr

Bowing to a torrent of public backlash, the National Park Service today said it would withdraw a proposal to charge fees for protests and demonstrations on the National Mall.

Critics pounced on the plan as soon as NPS announced it in August of last year, calling it a tax on free speech. The park service said it only wanted to recoup some of its growing security costs.

But in a statement this morning, the park service said it decided to scrap the proposal after receiving more than 140,000 comments "from the public and stakeholders."

After reviewing the comments, the agency said it had determined that "demonstrations and special events will continue to be managed according to the existing regulations." NPS said it would formally announce its decision in tomorrow’s Federal Register.

The plan had drawn fire from opponents in Congress and from critics on both the left and right.

In April, eight groups — including the NAACP, Institute for Free Speech, American Civil Liberties Union and Charles Koch Institute — wrote a letter to the leaders of the House Natural Resources Committee warning the proposal would "chill speech and harm our national discourse."

"Our organizations do not agree on all issues, but one principle we unreservedly support is our right to gather together to express ourselves," the groups wrote.

Earlier, Vermont independent Sen. Bernie Sanders and 15 other senators wrote a letter to the Interior Department saying that any proposed demonstration fees should be dropped and that NPS should uphold its tradition of "respecting First Amendment activism in our nation’s capital."

At his confirmation hearing last year, NPS acting chief David Vela told senators that he wanted to learn more about the proposal and the rationale behind it before deciding whether to back the plan. Vela was never confirmed by the Senate but became the agency’s acting director on Oct. 1.

The park service gave no specific reason for withdrawing its proposal but said the plan was developed as "the volume and complexity of permit requests has increased dramatically over the years."

"The intent of the proposed revisions was to maintain the public’s opportunity to hold special events and right to demonstrate while outlining clear parameters that protect the iconic landmarks, views and grounds for use and enjoyment of citizens and visitors from around the globe," NPS said.