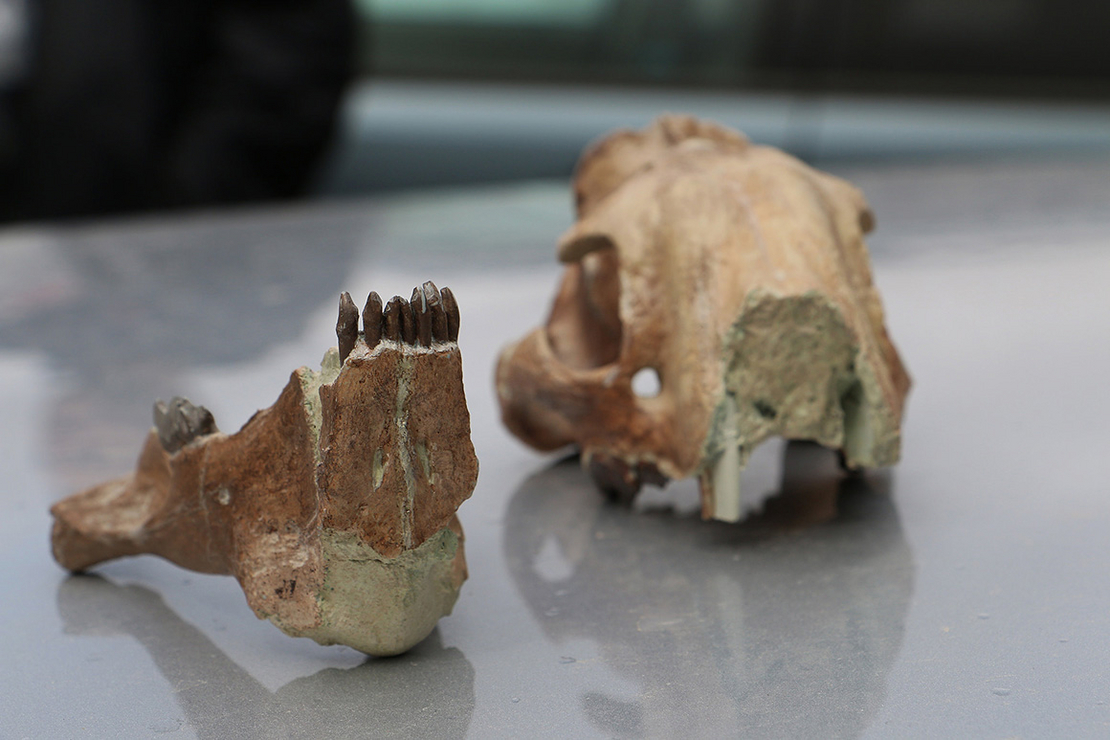 It took some 13 years of bureaucratic sifting, but the Interior Department today finally completed the rule governing the collection of fossils from National Park Service and other federal lands.

In a belated follow-up to a law passed in 2009, four Interior agencies jointly announced the fossil-collecting rule that will apply to sites managed by NPS, the Fish and Wildlife Service, the Bureau of Land Management and the Bureau of Reclamation.

“The laws and regulations under which the bureaus have managed, protected, and curated fossils have not always been clearly understood or uniformly implemented,” Interior acknowledged today.

The rule that will be published tomorrow in the Federal Register specifies when fossil-collecting permits are required and how they are obtained, when fossils must be handed over to official repositories, what collection activities are prohibited and what penalties apply.

“This collaboration among the four bureaus and partnerships between museums and avocational paleontology groups will allow the Interior Department to fulfill its mission to preserve paleontological resources and share these discoveries with the public,” Interior Secretary Deb Haaland said in a statement.

Fossil hunters, both amateur and professional, have been considering the issues even well before passage of the 2009 Paleontological Resources Protection Act, which itself sprang from a 2000 Interior study assessing fossil management on public lands (E&E News PM, Dec. 7, 2016).

“Escalating commercial values mean that increasingly, unauthorized collecting activity is spilling over onto federal lands,” the 2000 study noted. “The loss of parts of the fossil record means the loss of important scientific and educational information about the history of life.”

The 2000 study recounted, for instance, that NPS in a 1999 survey identified 721 documented incidents of paleontological resource theft or vandalism, many involving multiple specimens, in the national parks between 1995 and 1998.

Interior defines paleontological resources as “any fossilized remains, traces or imprints of organisms preserved in or on the Earth’s crust.”

Permitting requirements have been a big part of the challenge for Interior’s rulemakers.

“These regulations are so extremely oppressive that they create a fear for anyone to pick up the slightest pebble for fear of government prosecution,” wrote Kansas resident Bradford Davenport, an instructor in a program for “future rockhounds” through the American Federation of Mineralogical Societies.

Interior countered that “the requirement to obtain a permit prior to collecting fossils from [Interior]-managed land is not new,” adding that “the regulation’s permitting provisions are streamlined, transparent, and as consistent as possible with existing practice.”

The final rule does allow the casual collecting of common invertebrate and plant fossils on certain BLM and Reclamation lands without a permit. These items do not have to go to an approved repository.

“However, the Act and the regulations do require deposit of paleontological resources collected under a permit into an approved repository,” Interior noted.

Some commenters stated that a permit should not be required to collect commonplace vertebrate fossils, such as shark teeth.

“Many vertebrate specimens are simply not wanted by professional paleontologists — they have them in abundance,” wrote Edward Elliott, a board member of the Paleontological Society of Austin, in Texas. “Should these be left to weather away, or be collected by non-professionals?”

Elliott added that “a local library or school would love to be presented with such a specimen and public education would be enhanced. To leave them to become gravel does not seem to be in anyones’ interest.”

While acknowledging that “some vertebrate fossils are common,” Interior stated that the law’s “casual collection” provision applies only to invertebrates and plants.

Several commenters contend that the regulations penalize children and other innocent or curious persons who simply pick up fossils.

Interior said today that picking up paleontological resources is casual collecting and is allowed without permits on BLM and some Reclamation lands but not on NPS and FWS lands.