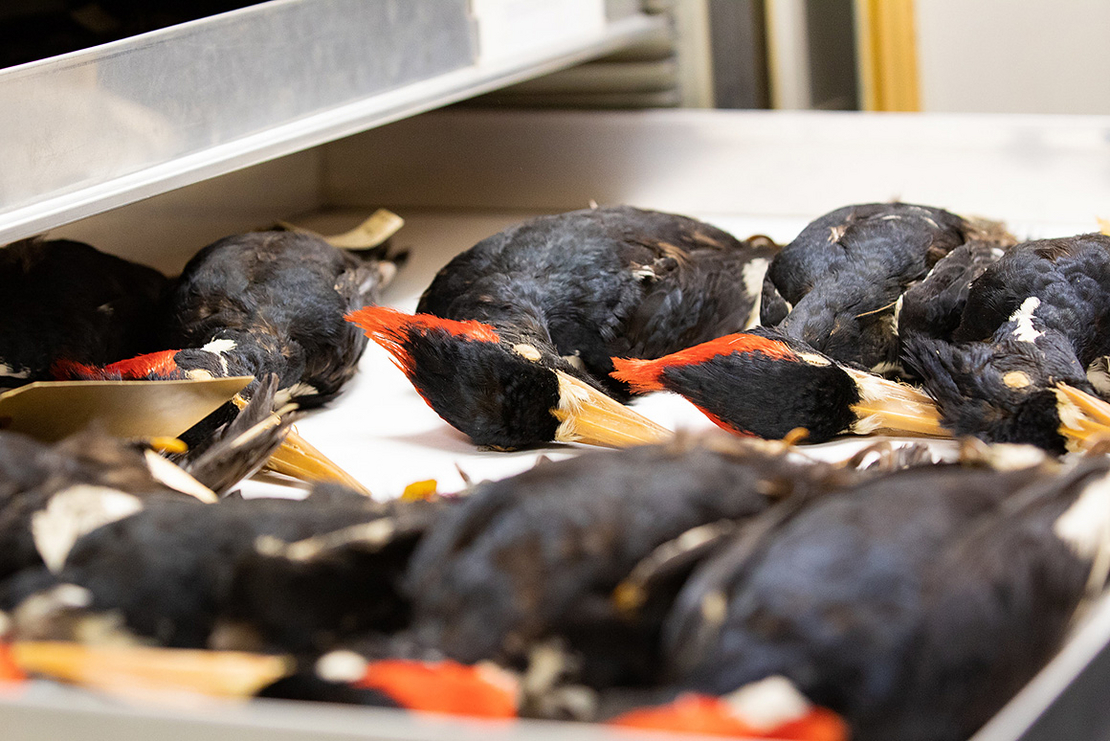 The Fish and Wildlife Service said it needs more time to figure out whether the ivory-billed woodpecker is truly extinct. Ryan Mandelbaum/Flickr

Don’t count out the ivory-billed woodpecker just yet.

Citing “significant disagreement” among bird researchers, the Fish and Wildlife Service today said it needs more time to figure out whether the species is, in fact, extinct. The unusual move gives all sides in this passionate avian debate more time to make their case.

“In consideration of the disagreements among experts surrounding the ivory-billed woodpecker’s status, we are extending the final determination on the proposal to delist the species for 6 months in order to solicit additional information that will help to clarify these issues,” FWS said.

Last September, the agency declared it’s time to remove the ivory-billed woodpecker and 22 other species from the endangered species list due to extinction. The extension announced today is the second time a final decision on the woodpecker has been delayed (Greenwire, Sept. 29, 2021).

“I congratulate the USFWS for making the right decision to postpone delisting, and I would encourage them to extend the time period,” John Fitzpatrick, a Cornell University professor of ecology and evolutionary biology, told E&E News today.

Fitzpatrick, who is also emeritus director of the Cornell Lab of Ornithology, added that his “frank opinion is that they should table the matter entirely for another decade, as significant new information about active searches continues to appear.”

Other species proposed as extinct last September included the Bachman’s warbler, two species of freshwater fish, eight species of Southeastern freshwater mussels, and 11 species from the Hawaiian and Pacific islands. None of these other species drew much attention.

The ivory-billed woodpecker, though, was once America’s largest woodpecker, and it’s long inspired both amateur and professional ornithological detectives. The woodpecker had an overall length of approximately 18 to 20 inches and an estimated wingspan of 29 to 31 inches.

The last commonly agreed-upon sighting of the species was in the Tensas River region of northeast Louisiana in April of 1944.

In 1986, FWS noted that it had funded a large-scale survey that included coverage of potential sites throughout the species’ historical range. FWS said “no conclusive evidence of ivory-billed woodpeckers was obtained” during that study.

“Although there have been many sightings reported over the years since the last unrefuted sighting in 1944, there is much debate over the validity of these reports,” FWS said. “Furthermore, there is no objective evidence (e.g., clear photographs, feathers of demonstrated recent origin, specimens, etc.) of the continued existence of the species.”

A bird in one video, for instance, was first identified as an ivory-billed woodpecker, but others thought it was more likely a pileated woodpecker.

But in an October 2021 article published by Audubon, author Tim Gallagher recounted what he believes to have been his own sighting of the bird in 2004, and his conviction that “enough evidence certainly exists to cast a reasonable doubt on the wisdom” of the FWS decision.

“Let’s have a full discussion of all the pros and cons before going forward — before we give up all hope on one of the most iconic birds in the history of the American conservation movement,” Gallagher wrote.

Another preprint study posted online earlier this year by lead author Steven Latta of the Pittsburgh-based National Aviary cited “10 years of search effort, and … trail camera photos and drone videos [as] suggesting the consistent presence of Ivory-billed Woodpeckers” at a study site in Louisiana.

Latta is director of conservation and field research for the National Aviary, which describes itself as the nation’s only independent, indoor, nonprofit zoo devoted to birds. It holds 500-plus birds, representing 150 species.

He has a doctorate in avian ecology from the University of Missouri, Columbia.

“Our most important series of trail camera photos followed our sighting of an Ivory-billed Woodpecker landing in a live but declining sweetgum tree on 27 October 2019,” the report says.

The report adds that “trail cameras, nearly continuously deployed on this tree since then, subsequently captured photos of Ivorybills visiting the tree intermittently from at least 29 November 2019 to 10 February 2020, and then again from 12 September 2021 to December 2021.”

“It’s not just about a bird,” one witness said at a January 2022 public hearing, “but this is a moral issue.”

Another witness at the January hearing, David Luneau, added that “in my opinion, the ultimate arrogance in birding is the act of telling someone else what they did not see.”