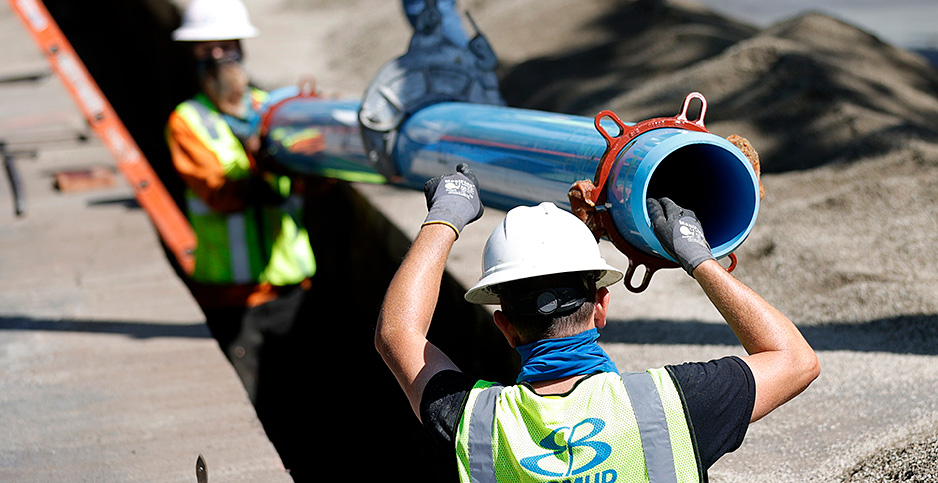 A new survey has found the United States may have almost 13 million lead pipes shipping water into homes and schools, surpassing federal estimates and shining a bright light on a lack of data.

The Natural Resources Defense Council released the report finding that there are at least 12.8 million pipes that are or may be made with lead across all 50 states, including those that claim to have none. In contrast, EPA’s website says, "It is estimated that there are between 6 to 10 million lead service lines in the country."

What’s more, NRDC said, the number could be higher.

"Most states are failing to track lead pipes in the first place," Alexandra Stubblefield, a research assistant with NRDC who led the survey project, said in a statement. "There could be more than 12 million lead pipes in the country, but in most cases, we just don’t know where they are because so many states and water utilities are willfully ignoring the need to locate those pipes."

Lead exposure can be harmful to both adults and children, triggering increased blood pressure, hypertension, decreased kidney function, and reproductive problems in men and women, and leading to behavior and learning problems, lower IQ and hyperactivity, slowed growth, hearing problems and anemia in children.

The water sector and EPA have consistently said lead service lines provide water for about 400,000 schools and day care centers and up to 10 million homes while backing President Biden’s push for $45 billion as part of an infrastructure package to remove the pipes.

Ten states — including much of the Midwest plus Texas, with a total of nearly 4 million lead pipes — were found to have the highest rates. Overall, NRDC said it confirmed 6.2 million known lead pipes, and estimated that nationally there are 7.1 million to 13.3 million water pipes characterized as "unknown" which may be lead. Based upon projections from the states in which detailed surveys have been completed, the group estimated that there are from 9.7 to 12.8 million lead service lines. These numbers represent updated calculations NRDC provided after releasing its initial report.

NRDC said its findings show lead pipes are in every state and are a scourge not just in urban areas, but in rural states as well. The group also noted that EPA and states are required under the Safe Drinking Water Act to estimate the number of lead pipes and the cost of replacement by 2022.

Industry sources emphasized that utilities are still in the process of identifying lead service lines and that the regulatory definition recently changed under the Lead and Copper Rule hammered out under the Trump administration — a regulation that’s been delayed by the Biden administration’s EPA (E&E News PM, June 16).

EPA also said communities have demonstrated they can implement programs to locate lead lines while at the same time replacing the pipes.

Today, EPA Administrator Michael Regan is visiting Flint, Mich., to meet with local officials, tour a lead lab and discuss the removal of such lines following the city’s 2014 crisis, when officials there switched to the Flint River to provide drinking water without updating the treatment.

The result: lead levels in tap water nearly 25 times the legal limit and an outbreak of Legionnaires’ disease that killed 12 people and sickened dozens (Greenwire, Aug. 20, 2020).

Clarification: This story has been updated to reflect changes to the data NRDC initially provided regarding the number of pipelines that contain lead and are projected to contain lead in the Midwest and nationally.