Feds walk back plans for nuclear reactors to run 80 years 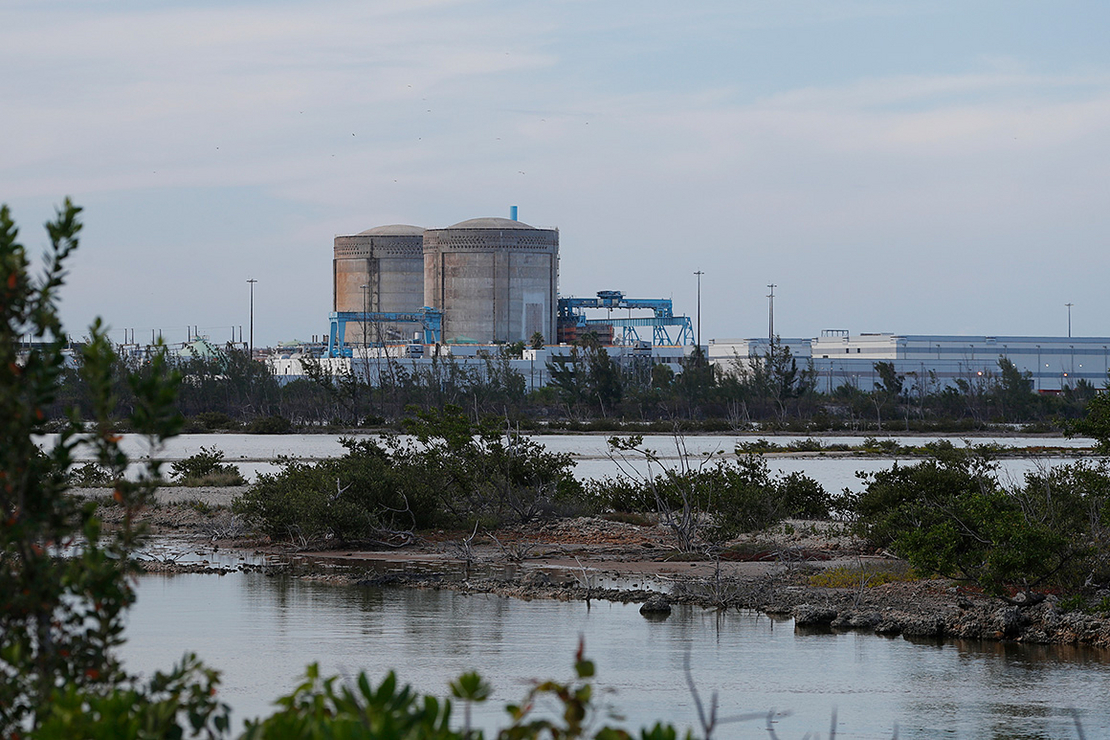 Cooling canals running next to the Turkey Point nuclear plant in Florida are pictured in 2019. AP Photo/Wilfredo Lee

The surprising decision is a blow to the nuclear industry, which has been pushing to keep existing reactors running for as long as possible while simultaneously touting next-generation technology that could be ready in the coming decade.

What’s more, many electric companies have said their large, baseload nuclear plants are the key to maintaining a reliable grid while they shut down fossil fuel plants and add renewable technologies.

The Nuclear Regulatory Commission yesterday told Florida Power & Light Co. (FPL) that its two Turkey Point nuclear reactors must go through a full environmental review before the agency will allow them to run for an additional 20 years. The NRC originally signed off on the extension in late 2019, using what’s known as a generic environmental study.

The NRC agreed with a legal challenge from several environmental and consumer groups, which argued that a full National Environmental Policy Act review is needed for the already aging reactors to run another 20 years.

The review should include significant new environmental issues that have come up since 2013, the year that a general environmental impact statement was prepared.

Yesterday’s decision applies to other reactors that have won approval to operate for 80 years as well as others with pending applications.

“[We] will not issue any further licenses for subsequent renewal terms until the NRC staff … has completed an adequate NEPA review for each application,” the commission said in one of three written orders.

Diane Curran, an attorney for Beyond Nuclear, said the decision “is a tremendous advance for nuclear reactor safety and environmental protection, because it commits NRC to evaluate the unique risks of renewing reactor licenses for a second term.”

Noted risks include safety and environmental issues that stem from aging equipment, she said.

“This decision paves the way for a hard look at those significant concerns,” said Curran.

Richard Ayres, an attorney for Friends of the Earth, said the decision was a complete surprise. It wasn’t until yesterday that he and others learned that the NRC would hold a morning meeting.

He called the decision “rare” and said he hoped it was a sign that the NRC would continue to strengthen its regulatory action.

Ayers said he thinks the NRC’s decision will lead to a “significant delay” in currently operating reactors getting additional extensions to run for 80 years. And “hopefully, it means a real thoughtful consideration of how climate change will affect these units and how, frankly, age will affect them,” Ayers said in an interview with E&E News.

FPL’s Turkey Point reactors were the first in the nation to win NRC approval to run another 20 years (Energywire, Dec. 6, 2019). The NRC issued that decision in late 2019.

An FPL spokesperson said the NRC’s decisions do not affect its authority to operate the Turkey Point reactors currently but apply to the agency’s environmental review for plant operations in the future, starting in 2032.

“We are evaluating the NRC’s decisions to determine our next steps in the license renewal process,” FPL spokesperson Bill Orlove said in a statement.

The Turkey Point reactors are not without controversy, particularly because of their location. Florida has been the centerpiece of debates over the impacts of climate change, and rising seas already plague its coastal towns (Climatewire, Nov. 6, 2019). Turkey Point is on the southern tip of Florida in Miami-Dade County, near Biscayne Bay.

The site is the only one in the United States to use canals to keep the reactors cool. While the 168-linear-mile watery maze has been credited with removing the American crocodile from the endangered species list in a state racked by the effects of climate change, environmentalists argue that the canals make the area ground zero for algal blooms and excessive salinity, threatening nearby water wells (Energywire, July 15, 2019).

“Increased flooding risk caused by climate change poses serious risks to the safe operation of Turkey Point — and greater risks in the decades ahead,” said Caroline Reiser, an attorney at the Natural Resources Defense Council, in a statement.

The NRC’s decision throws uncertainty into the relicensing process as it undoes a decision previously made by the Republican-controlled commission during the Trump administration.

Serving as the lone dissenter, Commissioner David Wright said yesterday’s decision fails NRC’s guidelines for avoiding “arbitrary” decisionmaking as well as marking a failure to follow through on principles of good regulation that call for transparency and clarity in rulemaking decisions.

“For the NRC to function as an effective and credible regulator, our stakeholders must be able to rely on our statements and positions,” Wright said in a dissenting opinion. “Such reliance is impossible when we may change our position at any time, based on nothing other than the information and arguments previously considered and rejected.”

For operators of the reactors, the NRC change introduces a new level of uncertainty into the age extension program.

Already, as part of the relicensing process, the reactors had to demonstrate a host of performance metrics to show that the plant’s structural and protective integrity could withstand an additional 20 years of operations.

A new environmental impact statement requirement could add another “three years or more” to an already lengthy process, an industry group said in a statement to E&E News.

“We urge the NRC to address the issue with a practical and timely solution to minimize the impact on the applications currently before them and those to come in the future,” said Doug True, chief nuclear officer at the Nuclear Energy Institute.

The 80-year plant life for a nuclear reactor has increasingly emerged as a critical tool for climate advocates looking to push the economy to net-zero emissions goals over the coming decades.

With limited new nuclear on the immediate horizon, some advocates are banking that pushing the age of current reactors may be the needed bridge to a zero-carbon energy future, especially as the existing fleet financially struggles to keep up with cheap natural gas and renewable energy.

“The U.S. has the safest, highest-performing commercial nuclear fleet in the world, providing 50 percent of the nation’s carbon-free energy,” True said. “It is critical that they remain operating if we are going to meet our climate goals.”