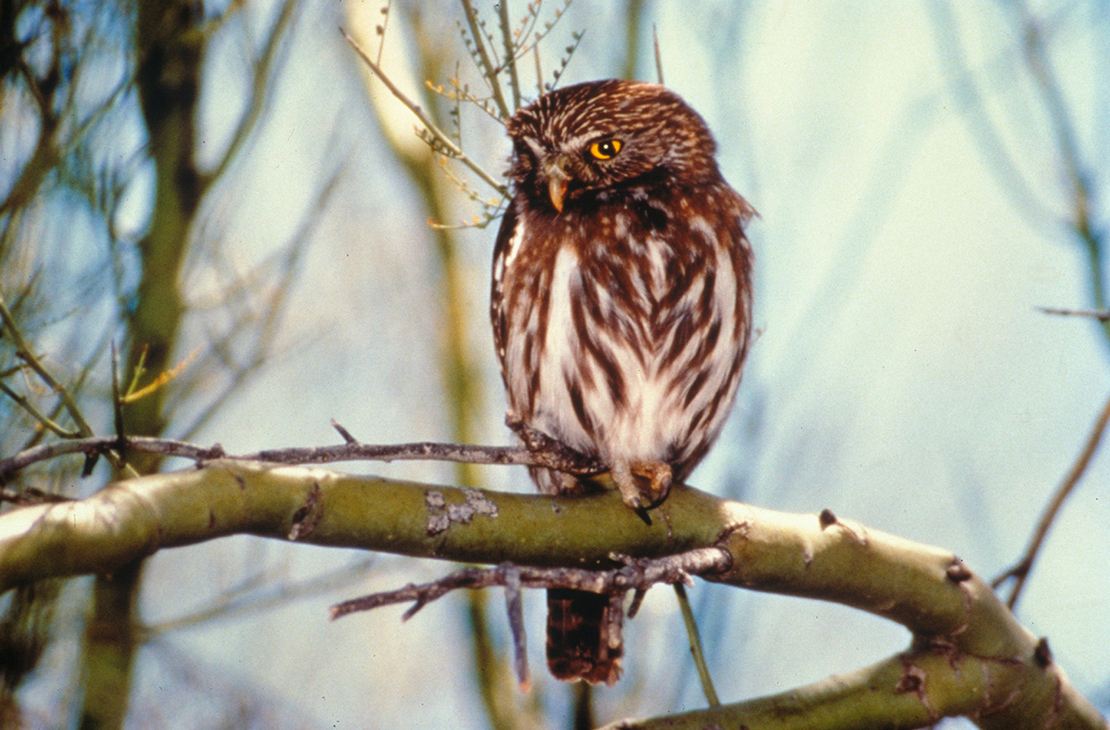 The Fish and Wildlife Service today proposed restoring federal protections for a tiny desert owl that fights above its weight class.

Following a 12-month assessment, the agency said it is proposing to list the cactus ferruginous pygmy owl as threatened under the Endangered Species Act. The owl lives in Mexico, southern Arizona and southern Texas, though FWS said a critical habitat designation is “not determinable at this time.”

“In Arizona and [the] Northern Sonoran [area], pygmy-owl habitat loss and fragmentation resulting from urbanization, changing fire regimes due to the invasion of buffelgrass, and agricultural development and woodcutting are significant threats,” FWS said.

“Under all future scenarios, we project a continued reduction in species viability throughout the range of the subspecies due to climate change, habitat loss, and habitat fragmentation,” the agency said.

The proposed listing caps a particularly complicated sequence of events for the 6-inch-tall predator.

FWS listed the owl as endangered in 1997 but removed protections in 2006 following a legal challenge by developers who argued the Mexican population was sufficient to keep the bird off the ESA list.

The Center for Biological Diversity petitioned to list the subspecies again in 2007.

“It’s beyond sad that threats to the cactus ferruginous pygmy owl are so severe, but I’m glad it’s finally getting badly needed protection under the Endangered Species Act,” said Noah Greenwald, CBD’s endangered species director. “The Sonoran Desert is unraveling before our very eyes. If we don’t act fast, the pygmy owl, along with the saguaro cactuses it calls home, will be only a memory.”

Despite agreeing the owls are threatened in the Sonoran Desert region, FWS issued a final decision in 2011 denying protections.

Conservation groups sued again, challenging the decision to remove the owl from the endangered species list and more broadly challenging an interpretation of an ambiguous phrase in the Endangered Species Act (Greenwire, June 27, 2014).

The 1973 law defines an endangered species as a plant or animal "in danger of extinction in all or a significant portion of its range." The FWS interpretation of that phrase set a higher bar for listing than the law intended, many conservationists contend (E&E News PM, June 27, 2014).

The agency’s policy said that a portion of the range of a species is "significant" if its “contribution to the viability of the species is so important that, without the members in that portion, the species would be in danger of extinction, or likely to become so in the foreseeable future, throughout all of its range."

Everyone agrees the phrase lacks clarity, prompting one federal appellate court in 2001 to pronounce it "puzzling." In a 2017 ruling, Arizona U.S. District Judge Rosemary Márquez struck down the agency’s "significant portion of its range" policy adopted in 2014.

Following the court decisions, the agency said it assessed whether there are any significant portions of the owl’s range where it is “in danger of extinction now.”